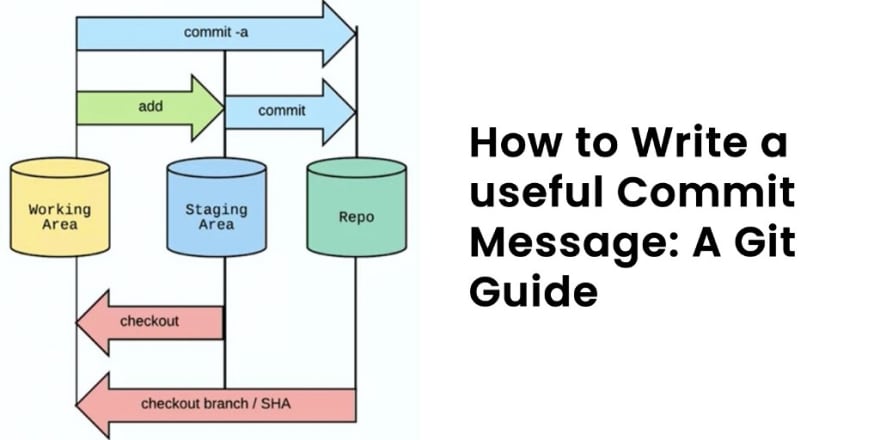 Let's start with what commit messages are, they basically are messages or tags given along with a commit statement in git so that reviews are easier and the version log is understandable.

To create a successful and understandable revision history teams must agree upon a common commit convention to use in the project, in the present scenario even personal projects would really be easier with such conventions.

Introduction to version control with Git

Version control refers to maintaining the source code and the software with a history log in stages. It is an unavoidable tool in all modern-day industries.

By far, Git is the most widely used version control system in the world. It is a distributed and actively maintained open source project originally developed in 2005 by Linus Torvalds, the famous creator of the Linux operating system kernel.

New to Git? Check out the official getting started guide.

What is a commit message?

The commit command is used to save changes to a local repository after staging in Git. However, before you can save changes in Git, you have to tell Git which changes you want to save for easier backtracking as you might have made tons of edits. A great way to do that is by adding a commit message to identify your changes.

This option adds a message to commit for easier understanding

This option adds all existing tracked including new and edited

This option overwrites the last commit with the present staged changes. This should only be done before you push the staged commits to the server.

Why should you write good commit messages?

You might wonder why to write a good commit message because it's only you or only your team who understand and know what each other is committing. Just imagine a new team working on your project or expanding your team to a scale where each other do not know what you are committing.

A well-crafted Git commits message is the best way to communicate context about a change to other developers working on that project, and indeed, to your future self.

Have you ever tried running git log on one of your old projects to see the “weird and funny ” commit messages you have used since its inception? It can be hard to understand why you made some changes in the past or what some commits even where, you would wish to have known about the techniques earlier.

How to write commit messages with Git

By now you would have understood the commit message format and its syntaxes.

The first -m option is the subject (short description/Title), and the next is the extended description (body).

How to write good commit messages

There are several conventions used by different teams and developers to write good commit messages. I’ll only outline some general rules and tips for writing commit messages–you have to decide what convention you want to follow. And if you work for a company or contribute to open source, you have to adapt to their convention.

For consistency, you can use one convention for work and another for personal projects as you might change jobs sometime, and the convention might also change.

Be sure to check out this thread for some amazing commit message conventions or add yours to help someone make a decision.

Looks great, right? Here’s how you can make yours great too:

Want to learn more about Git and become a professional “version controller”? Check out these excellent resources:

💻 5 Useful VS Code extensions to help you with Javascript, React and Git