This post is about nutrition for those who spend many hours in front of the computer! Maybe I tried too hard to be clever about the title.

You might think it's a type of protein based on the spelling, but nah. Maybe you heard of it being associated with eye health! Lutein is a xanthophyll (yellow pigment) in the carotenoid family, along with beta-carotene, zeaxanthin, meso-zeaxanthin, lycopene, and astaxanthin. 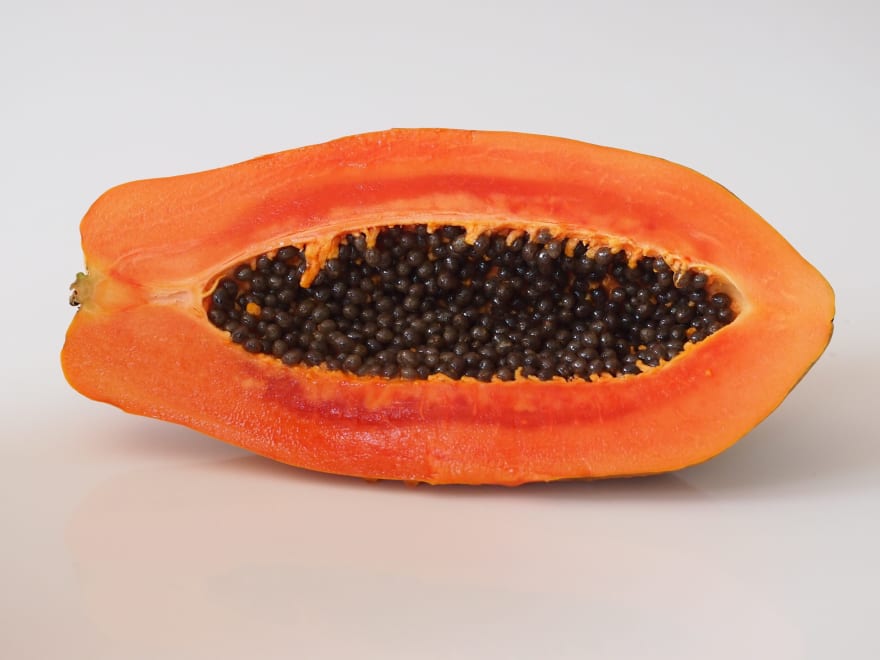 Carotenoids are orange/yellow/pink pigments that give pumpkins, carrots, marigolds, corn, daffodils, tomatoes, shrimp, salmon, and flamingos their bright colors! Lutein is part of what gives marigolds and egg yolks that yellow color! Why is it important to coders?? IT SAVES YOUR PRECIOUS EYES! 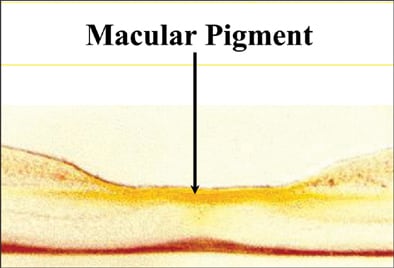 This picture shows the macula and the yellow is lutein pigment!

Lutein is a pigment that concentrates in the macula of the eyes, which acts as a blue light filter and blocker! We have heard about the damaging effects of "blue light"...how does that work? Well, during the day, the sun actually emits some blue light naturally, but the harmful stuff mostly comes from our SCREEEEEEEEEENS...computers, phones, tablets, etc. This blue light frequency is very damaging to the macula of the eye, causing eye tension and fatigue, macular degeneration, and even disruptions to sleep. 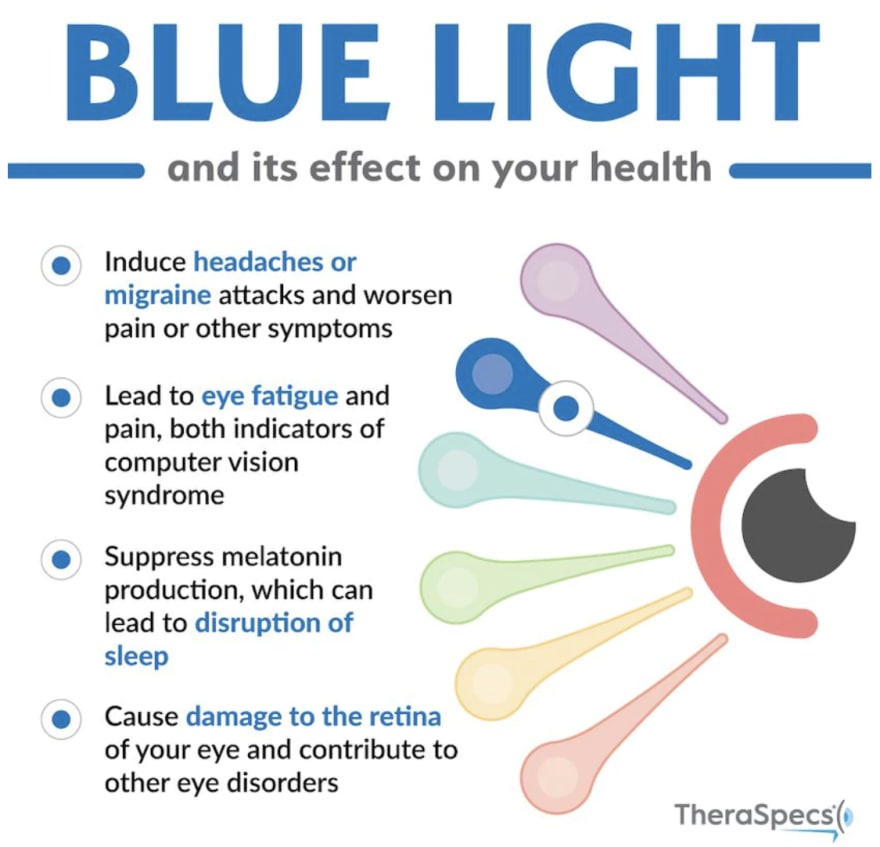 See, the blue light tricks your body into thinking it's still day time, and when you're staring at a blue light rectangle after dark, it delays your body's natural production of melatonin--the sleep hormone. Melatonin is produced by your body when the day starts to get dark, but your eyes and brain don't know what TIME it is, so it holds off on making that sleep hormone until it gets dark enough. Clean up your sleep hygiene by dimming the lights around the house, and utilizing apps like Flux on your screens to minimize that confusing blue light!

Back to lutein...what I'm trying to share is that Lutein concentrates in the macula of the eye and helps block/filter that blue light. Another cool thing to mention...the concentration of lutein in the macula is DIRECTLY reflective of the lutein content in your BRAIN! That's right, lutein is not only good for your eyes, but also your brain--supporting memory, intelligence, and alertness.

Lutein ALSO deposits in the skin! Well, if it blocks/filters blue light in the eyes, it does it in the skin too! We need sunlight, humans are wired to enjoy time in the sun, but unfortunately everyone's been brainwashed to think that sun = skin cancer...NUH UH! I'm not going to talk about the C-word, but I would argue that the more antioxidants and carotenoids you have in your skin, the more ability your body has to fight free-radicals--which are basically chaotic bratty molecules that go around damaging your healthy cells and replicating. The FDA won't be knocking on my door if I say this, but increase your diet of antioxidants and get those carotenoids concentrated in your tissues and you're pretty much golden. Lutein also supports skin HYDRATION...ooh-la-la.

Look for a supplement that provides at least 20mg Lutein per serving. One of my top choices for this is: 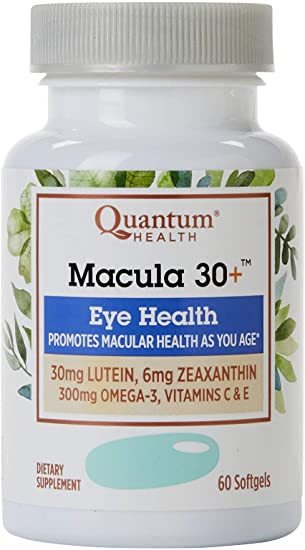 This provides 30mg lutein, plus 6mg zeaxanthin. Quantum's supplement also comes with some vitamin C and E, and omega 3s for some pretty comprehensive eye support! Lutein and zeaxanthin occur in nature at about a 5:1 ratio, respectively, so it's beneficial to have that added carotenoid in your lutein supplement.
Another of my favorites is: 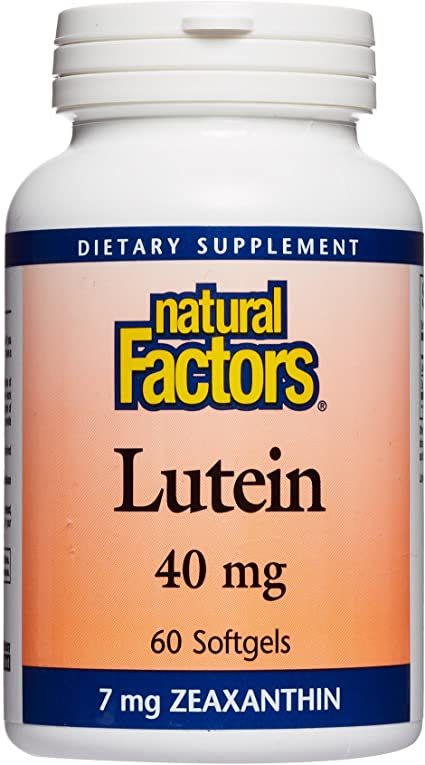 Providing 40mg Lutein and 7mg zeaxanthin, also in that ~5:1 ratio!

Both of these supplements source their lutein from MARIGOLD FLOWERS! 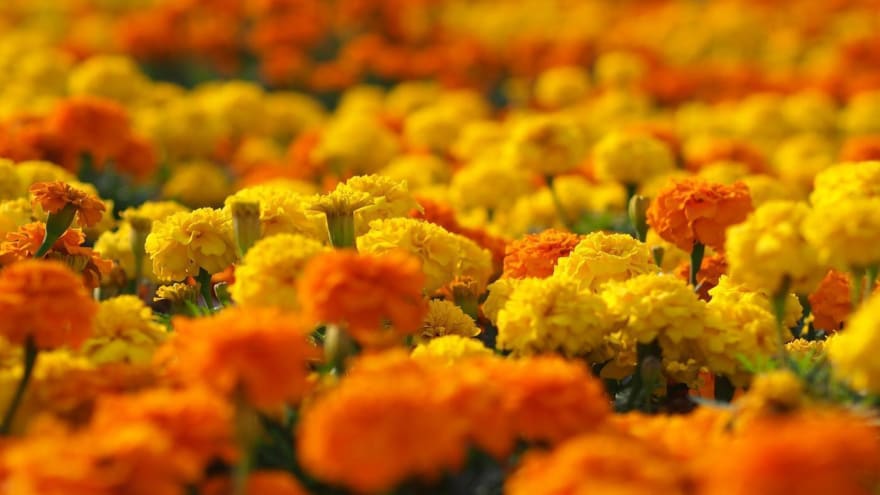 Cool side note: If you own chickens, feed them marigold flowers, and you'll get more lutein in your eggs! Or you can sprinkle those marigold petals on your salad if you like the taste of flowers I guess.

Before I decided to allow myself to be at the mercy of the immense ocean of Tech...I was a nutritionist. I got a B.S. in Pre-Med Biology, then went on to receive my practitioner certificate in Ayurveda, the ancient health science of India. I studied Ayurvedic herbal formulations, bodywork treatments, Panchakarma techniques, and added 500 hours of Ayurvedic Yoga to that mix too. I also received a certificate in Western Clinical Herbalism, and studied the newly-rising bodywork treatment of Lymph Drainage Therapy.
After all that, I became a nutritionist in a health food store where my job was to be an expert on all the vitamins and supplements in the department. That being said, my advice does not replace a doctor visit and consult your doctor or alternative health practitioner before introducing supplements to your regimen especially if you are already taking a Rx. Also, I've been out of the nutrition game for almost a year, so excuse me if any of my info is out of date--all this is from memory. I am not sponsored by any supplement company (I wish 😒)...

Where to Move a Dev's Family while living with Seasonal Affective Disorder?

Getting Mentally and Physically Ready for a Long Term Project

Wish you all health, happiness and lots of love 🎄☃️🎅

Inee Ader 🐌
Just started a career in tech! I love front-end engineering and design. I aspire to make all sorts of silly/useless apps, and I always have tons of new ideas!
Meme Monday 👁
#jokes #watercooler #discuss
I challenged myself to read every day, and it changed my life 📚
#watercooler #reading #productivity #motivation
#DEVDiscuss: to Specialize or to Generalize?
#devdiscuss #career #beginners

Once suspended, ineeader will not be able to comment or publish posts until their suspension is removed.

Once unsuspended, ineeader will be able to comment and publish posts again.

Once unpublished, all posts by ineeader will become hidden and only accessible to themselves.

If ineeader is not suspended, they can still re-publish their posts from their dashboard.

Once unpublished, this post will become invisible to the public and only accessible to Inee Ader 🐌.

Thanks for keeping DEV Community 👩‍💻👨‍💻 safe. Here is what you can do to flag ineeader:

Unflagging ineeader will restore default visibility to their posts.