Photo by Ian Schneider on Unsplash

The diagrams shown are in code (mermaid), like the document itself (Markdown). The code is available here.

Many Teams try to implement automated deployments for their applications or Cloud components. Most of them fall in the same hole: Fail Fast and Confidence.

We can improve the manual creation of repetitive content by using Human creativity and Input.

Check if the implemented process is optimal and scalable. Investigate alternative solutions and improvements. With the right mindset to refactor the process and the code, every Team will reach its full potential.

From Human Intervention to Full Automation

Let's define a possible timeline of how could be the process from a manual run to a fully automated procedure.

The first stage - Fear of losing a job

When a new technology knocks on the door, multiple reasons could stop a Team from progressing on innovation and adopting new techniques.

Having the right coaching and time, Teams will gain confidence and improve the above procedure.

With these feelings over the table and other external factors, the best approach could be: 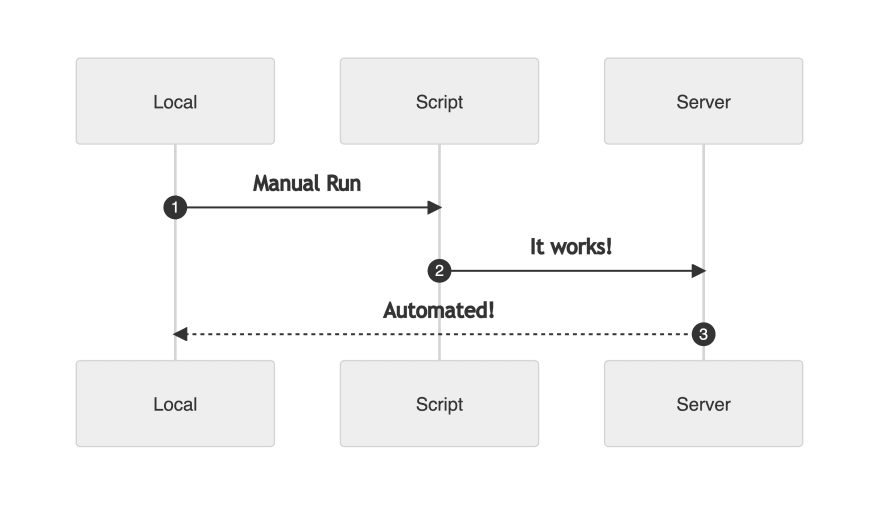 It works and is automated. But there is still some field for improvement.

At this stage, the Team starts to gain confidence and is pretty damn sure they know a lot. Automation starts to grow, and the Team initiates to learn new techniques. They use GIT and pipelines. 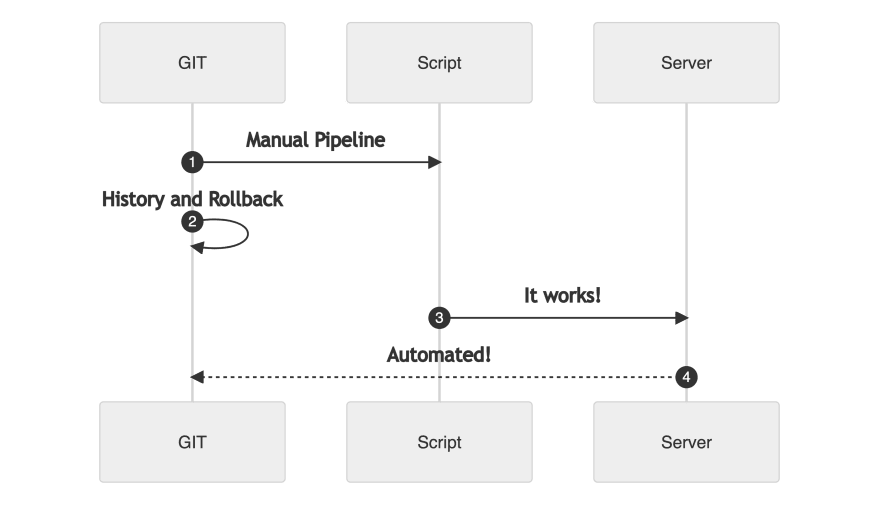 It seems similar to the first stage, but not in the least. The process is:

Having all the logic in the pipeline or using graphical options is not recommended.

It is not scalable, has a lot of dependency on the CI/CD tool, and doesn't offer the advantages like rollbacks, traces, and logging given the "as code" options. 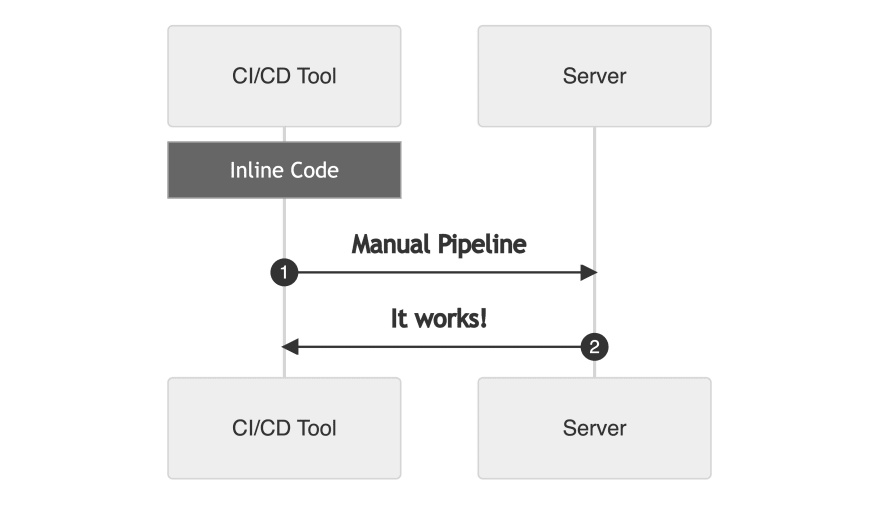 Hosting the code in GIT is a further important step towards automation.

Curiosity opens new ways of working with GIT, like GIT Hooks. The Team discovers how to apply Continuous Integration in their code. The original scripts could be custom Bash, Python, or Powershell and use ShellCheck, PyLint, or PSScriptAnalyzer. The Pre-Commit, Static Analysis, and Pull Requests have arrived to stay. 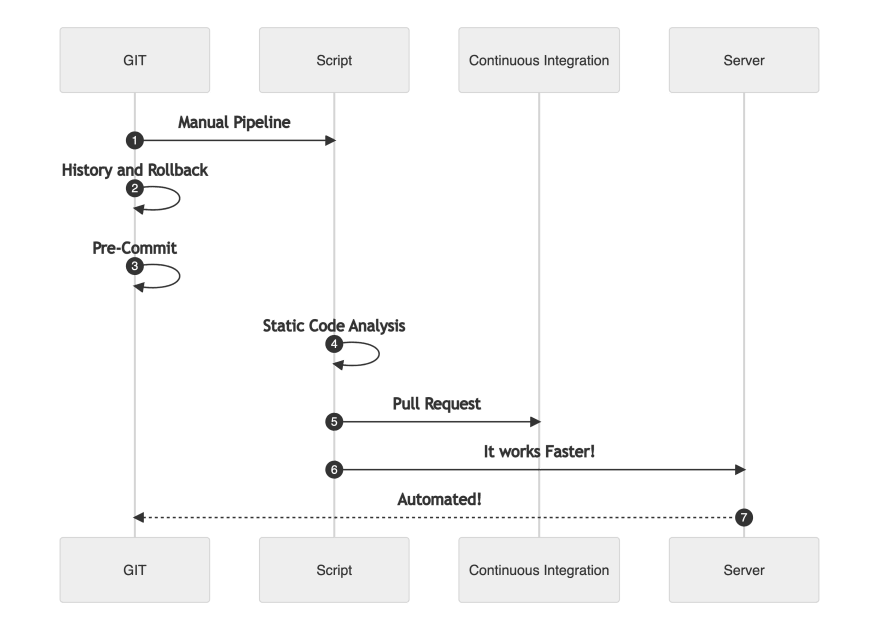 Check if the automation in place fits with the following rules:

In this stage, thoughts about recovery speed and rolling back in case of disaster emerge.

With Continuous Integration, the process changes dramatically. The Teams start to look for new automation techniques and think about changing their scripts for standard tools like Terraform, Pulumi, Ansible, or Chef, among others. Using a tool like Terraform doesn't mean the Team will improve its process. Compared with Bash, the Terraform code is just another script launched from the local machine.

Speed is becoming an important asset, and the referred external tools help to achieve it. Most of these tools are prepared to run different jobs in parallel.

Security is key to automation, and with standard tools, it is possible to do Static Security Analysis before running the deployments.

Refactoring is a new word and becomes part of the process. The Team realizes it is time to review the existing implementation and learn from previous mistakes.

GIT is now the standard, and the Pull Request Process is improving. The Team starts to implement other testing and quality gates before the approvals. 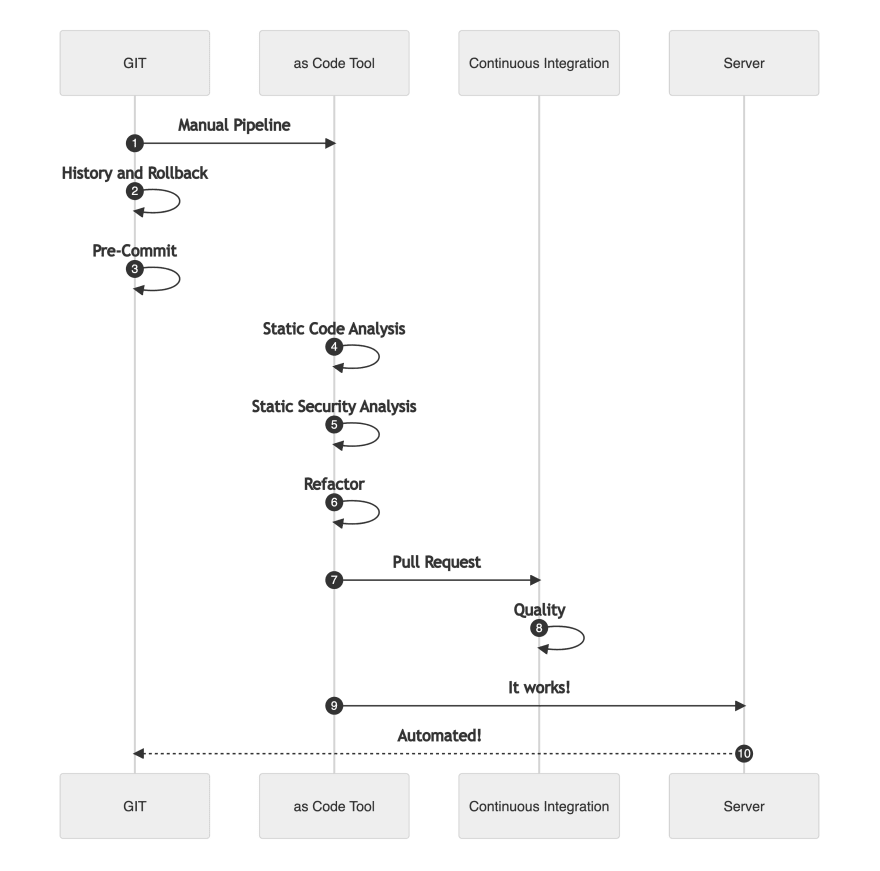 The fifth stage - The Grown-Up Mountain

Continuous Delivery and other techniques are now knocking on the door. The Team is out of its comfort zone and starts to investigate and learn new ways of improving. Probably, it is too early for Continuous Deployment.

Tags and releases are part of the process, just as creating artifacts and pushing to the respective servers.

Documentation as code, Containers, Dynamic Security, and Integration Testing is part of the improvement plan.

Makefiles facilitate self-documentation and serve as a startup point for all the implementations.

The diagram is now larger with lots of components. The process is becoming better and better: 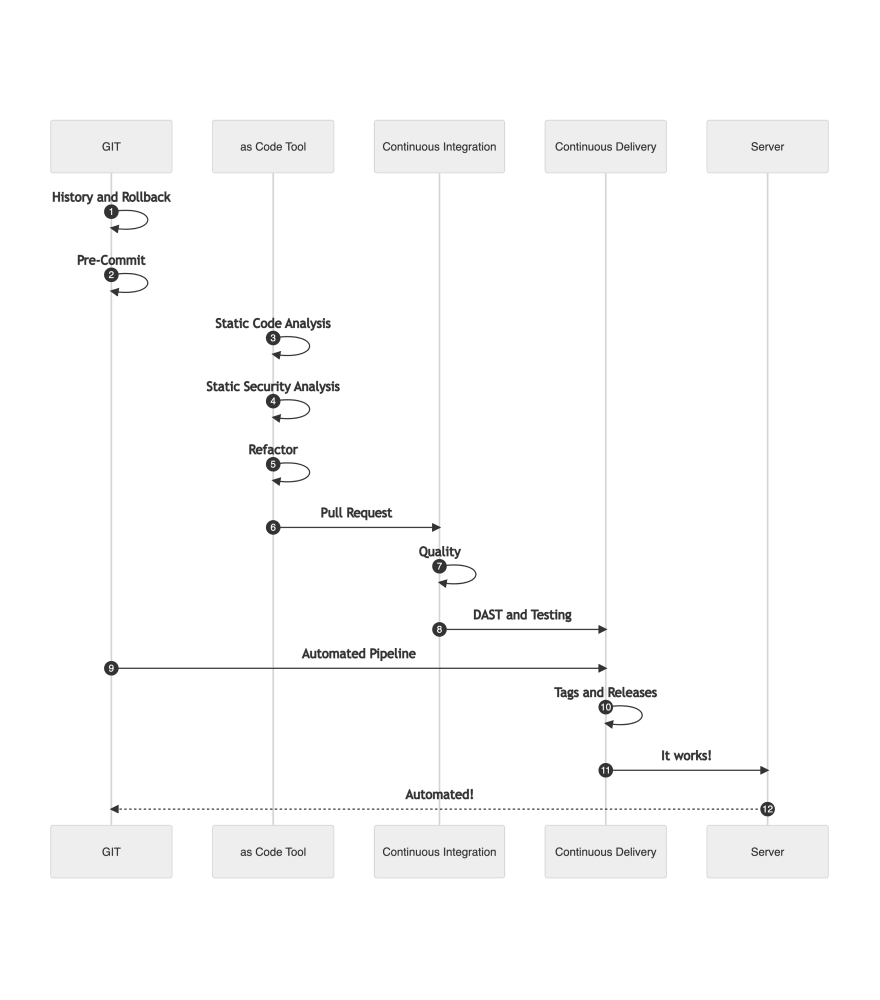 Everything should be modular and repeatable now. As examples:

The sixth stage - Plateau of Productivity

In this stage, GITOps, APIs, WebHooks, Trunk Based, or Containers are part of the game. But also Observability, Chaos Testing, Continuous Deployment, or Canary and Blue-Green deployments, among others. 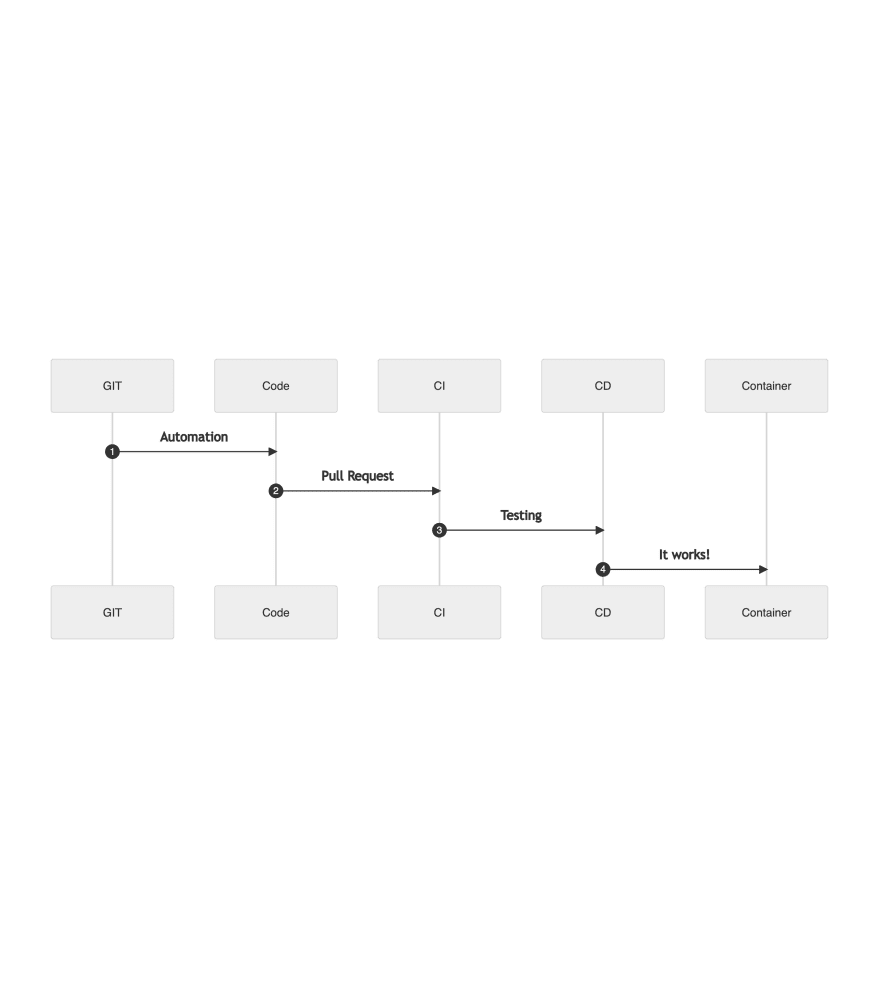 Hitting excellence is the result given by the confidence gained by the Team during the whole process, but also from the business.

Automation doesn’t mean taking away the creative process. Investing time in new ways of working and techniques is essential to continue improving. Getting out of our comfort zone, discussing and applying our learning to our job are symbols of a well-balanced Team.

Complete Guide To Make You a Regex Guru

Once suspended, imjoseangel will not be able to comment or publish posts until their suspension is removed.

Once unsuspended, imjoseangel will be able to comment and publish posts again.

Once unpublished, all posts by imjoseangel will become hidden and only accessible to themselves.

If imjoseangel is not suspended, they can still re-publish their posts from their dashboard.

Once unpublished, this post will become invisible to the public and only accessible to Jose Angel Munoz.

Thanks for keeping DEV Community 👩‍💻👨‍💻 safe. Here is what you can do to flag imjoseangel:

Unflagging imjoseangel will restore default visibility to their posts.