Web and mobile trend has made JavaScript as preferred front-end web programing language among software development companies. The new entrant, node.js, in the market has broken the common concept of using JavaScript just for front-end. Node.js is becoming popular and preferred server-side scripting language for mobile app, front-end, system apps and databases. Node.js is lightweight and provides basic functionalities to webserver that boosts application development speed. There are so many frameworks available in NPM package library that can be used for node.js web development that can help node.js web development companies to boost the web development turnaround time.

Express is very popular Node.js framework that many frond-end developers prefer to use.

Express has awesome feature of generator that generates specific project folder structure. To install express-generator from npm package, one can run 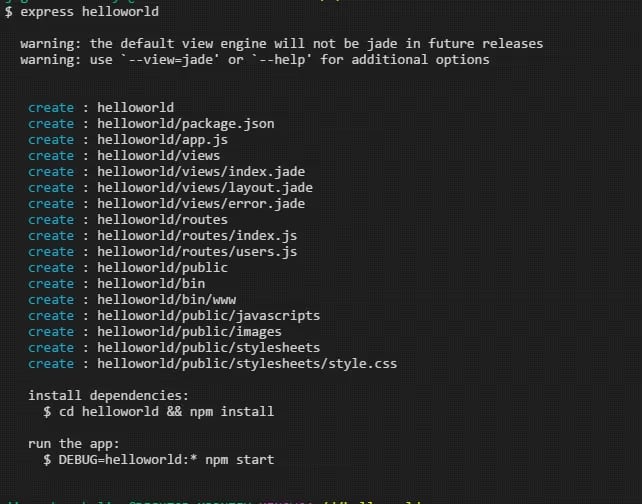 Middleware are functions that have access to both request and response. middleware does some common tasks like checking login status, validating authority, or preventing XSS.

Template engines allow Node.js software companies to add backend variables into HTML files, and when requested the template file will be rendered to plain HTML format. 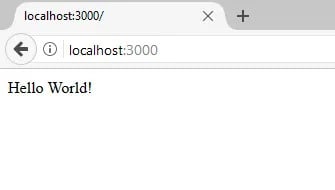 As node.js is a minimal framework, it does have database integration within its package. But we can use particular data storage technology like MySQL, MongoDB, PostgreSQL, Redis etx with it.

The designer of Koa is the same as express.js., their goal was to minimize express by not bundling any middleware in it. Without middleware, Koa is very similar to express. However, Koa stands completely different by its ES6 generato

Node.js is basically JavaScript and JavaScript is asynchronous programming language, so in asynchronous programming callback is infamous hell. One way to settle callback nesting is to use Async.js. Now ES6 brings a game changer — ES6 Generator, ES6 Generator introduces a means to run->halt and run something else->come back to finish what is leftover.

Koa makes realistic use of ES6 generators to give simple way to manage JavaScript asynchronous programming so you can't see callback in pure Koa app. One symbolic use of ES6 Generator in Koa is middleware cascading,

Koa is difficult to debug and troubleshoot due to its unconventional control flow sequence.

Meteor is an all-in-one JS framework. It is different from express and Koa's Minimalist nature, it becomes huge by defining it full-stack framework package that contains server, mobile, desktop and web apps.

If you look closely in Meteor, you will notice that meteor is a combo of Node.js+Blaze/AngularJS/React+Cordova+MongoDB. where Node.js and MongoDB are responsible for server side logics and Blaze, AngularJS, and ReactJS for client side html output, Cordova is for hybrid mobile apps, bridges web pages to mobile views.

Data management mechanism with server and front-end/mobile apps is the feature that sets Meteor separate from other frameworks.

In Meteor, the client has a mini-database replica copy which is a small portion of server database. This mini-database is previously retrieved by client and authorized by server. When client make any change, it uses database api to perform CRUD, this data change automatically saves and sends to the server. Meteor use websocket so any change in data shows instantly at the other end.

Sails.js has many similarities with Express. it is a generator, middleware and templating engine.

In HTTP request, client has to query for server data every time. but sails.js use socket.io to establishes a bi-directional communication between server and client. So sails.js is more suitable for chat app and multiplayer games

Sails.js provides a faster development compared to Express without losing any performance or future scalability.

Is Node.js Still Relevant in 2022 for Your Startup?

Once suspended, ifourtechnolab will not be able to comment or publish posts until their suspension is removed.

Once unsuspended, ifourtechnolab will be able to comment and publish posts again.

Once unpublished, all posts by ifourtechnolab will become hidden and only accessible to themselves.

If ifourtechnolab is not suspended, they can still re-publish their posts from their dashboard.

Once unpublished, this post will become invisible to the public and only accessible to Harshal Suthar.

Thanks for keeping DEV Community safe. Here is what you can do to flag ifourtechnolab:

Unflagging ifourtechnolab will restore default visibility to their posts.