So Today we will be discussing the Xbox scarlett.

In recent news Xbox Scarlett Will be competing with The Play Station 5. 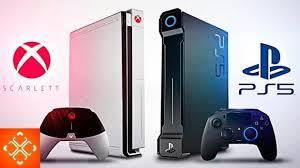 The specs so far that we now

That it is
Using a custom-designed processor from AMD making use of Zen 2 and Navi architecture, Xbox Project Scarlett will be 4x more powerful than the Xbox One X. It'll be possible of running games at 120Hz frame rates, at potential 8K resolutions, while also showcasing fancy real-time ray-tracing tech. It's the works.

An SSD will come as standard, as with the PS5, which will give it the option of using its storage system as virtual RAM, as well as lifting load time performance by a factor of 40x. That'll let developers stream in far more detailed worlds around a player. In terms of 'standard' RAM, the console will pack in a meaty GDDR6.

And it's controller is well Pretty Amazing! In fact 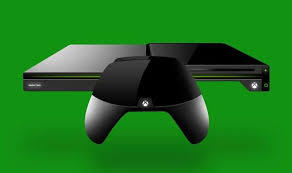 And it can support your Xbox one controllers so you don't need to buy another controller for friends!

So far it's pretty great!

This is a console to look forward to!

Ibrahim Imran
Hi I'm Ibrahim I'm The CEO/Founder of TGD Dev™ I like to play games and do work Sometimes I work on websites and stuff I have a Dev Side And A Gamer Side On Dev I use my Dev side.
Meme Monday 👁
#jokes #watercooler #discuss
5 Life-Changing Lessons I Learned From Being Laid Off That Will Put You Ahead Of 97% Of People
#beginners #productivity #motivation #codenewbie
Music Monday — What are you listening to? (60's Edition)
#watercooler #discuss #music

Once suspended, ibrahimfromtgddev will not be able to comment or publish posts until their suspension is removed.

Once unsuspended, ibrahimfromtgddev will be able to comment and publish posts again.

Once unpublished, all posts by ibrahimfromtgddev will become hidden and only accessible to themselves.

If ibrahimfromtgddev is not suspended, they can still re-publish their posts from their dashboard.

Once unpublished, this post will become invisible to the public and only accessible to Ibrahim Imran .

Thanks for keeping DEV Community 👩‍💻👨‍💻 safe. Here is what you can do to flag ibrahimfromtgddev:

Unflagging ibrahimfromtgddev will restore default visibility to their posts.