In this article, I am going to cover Nginx as a load balancer.

What Is Nginx Load Balancing?

Nginx is a high-performance web server which can also be used as a load balancer. Nginx load balancing refers to the process of distributing web traffic across multiple servers using Nginx.

This ensures that no single server is overloaded and that all requests are handled in a timely manner. Nginx uses a variety of algorithms to determine how to best distribute traffic, and it can also be configured to provide failover in case one of the servers goes down.

You can use either Nginx open source or Nginx Plus to load balance HTTP traffic to a group of servers.

Personally, I use Nginx open source to set up my load balancers and that is what I am going to show you in this article.

Load balancing helps in scaling an application by handling traffic spikes without increasing cloud costs. It also helps remove the problem of a single point of failure. Because the load is distributed, if one server crashes, the service would still be online.

Configuring Nginx as a load balancer

We can follow the steps to configure the Nginx load balancer.

The first step is to install Nginx. Nginx can be installed in Debian, Ubuntu or CentOS. I am going to use Ubuntu which I have configured on my Contabo VPS.

Configure Nginx as a load balancer

The next step is to configure Nginx. We can create a new configuration file for the load balancer.

We will need to define the upstream directive and server directive in the file. Upstream defines where Nginx will pass the requests upon receiving them. It contains upstream server group (backend) IP addresses to which requests can be sent to based on the load balancing method chosen. By default, Nginx uses a round-robin load balancing method to distribute the load across the servers.

The server segment defines the port 80 through which Nginx will receive requests. It also contains a proxy_pass variable

A reverse proxy is a server that sits in between backend servers and intercepts requests from clients.

Round Robin is a load balancing method where each server in a cluster is given an equal opportunity to process requests. This method is often used in web servers, where each server request is distributed evenly among the servers.

The load is distributed in rotation meaning that each server will have its time to execute a request. For example, if you have three upstream servers, A, B and C, then the load balancer will first distribute the load to A then to B and finally to C before redistributing the load to A. It is fairly simple and does have its fair share of imitations.

One of the limitations is that you will have some servers idle simply because they will be waiting for their turn. In this example, if A is given a task and executes it in a second, it would then mean it would be idle until it is next assigned a task. By default, Nginx uses round robin to distribute load among servers.

To solve the issue of server idleness , we can use server weights to instruct Nginx on which servers should be given the most priority. It is one of the most popular load balancing methods used today.

This method involves assigning a weight to each server and then distributing traffic among the servers based on these weights. This ensures that servers with more capacity receive more traffic, and helps to prevent overloading of any one server.

This method is often used in conjunction with other methods, such as session Persistence , to provide an even distribution of load across all servers. The application server with the highest weight parameter will be given priority(more traffic) as compared to the server with the least number(weight).

We can update the Nginx configuration to include the server weights

The least connection load balancing method is a popular technique used to distribute workloads evenly across a number of servers. The method works by routing each new connection request to the server with the fewest active connections. This ensures that all servers are used equally and that no single server is overloaded.

The Weighted Least Connection load balancing method is a technique used to distribute workloads across multiple computing resources, such as servers, in order to optimize performance and minimize response times. This technique takes into account the number of active connections each server has and assigns weights accordingly. The goal is to distribute the workload in a way that balances the load and minimizes response times.

The IP Hash load balancing method uses a hashing algorithm to determine which server should receive each incoming packet. This is useful when multiple servers are behind a single IP address and you want to ensure that each packet from a given client IP address is routed to the same server. It takes the source IP address and destination IP address and creates a unique hash key. It is then used to allocate a client to a particular server.

This is very important in the case of canary deployments. It allows us as developers to roll out changes to a subsection of users so that they can test and provide feedback before shipping it out as a feature to all the users.

The advantage of this approach is that it can provide better performance than other methods, such as round-robin.

URL Hash load balancing also uses a hashing algorithm to determine which server will receive each request based on the URL.

It is also similar to the Ip Hash load balancing method but the difference here is that we hash specific URLs as opposed to hashing IPs.This ensures that all requests are evenly distributed across the servers, providing improved performance and reliability.

Once you have configured the load balancer with the correct load balancing method, you can restart Nginx for the changes to take effect.

Proxying HTTP traffic to a group of servers

A proxy server is a server that acts as an intermediary between a client and another server. A proxy server can be used to allow clients to access a group of servers, such as a group of web servers, by forwarding requests from the client to the appropriate server. 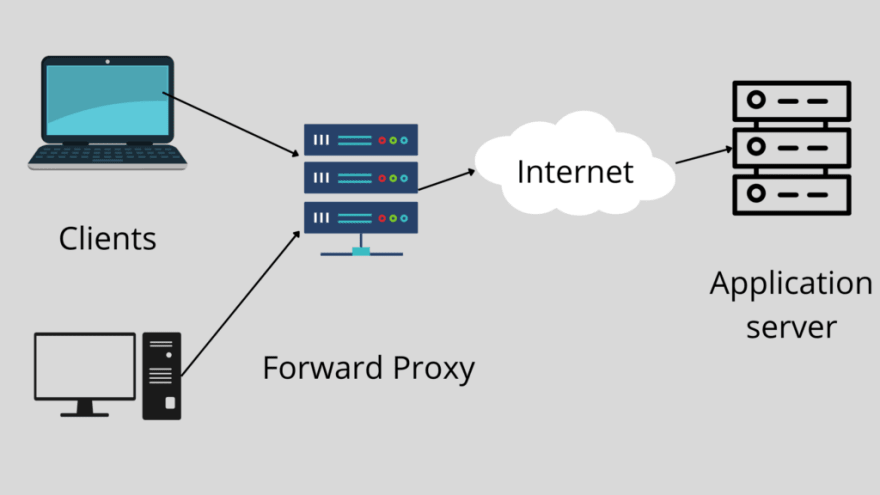 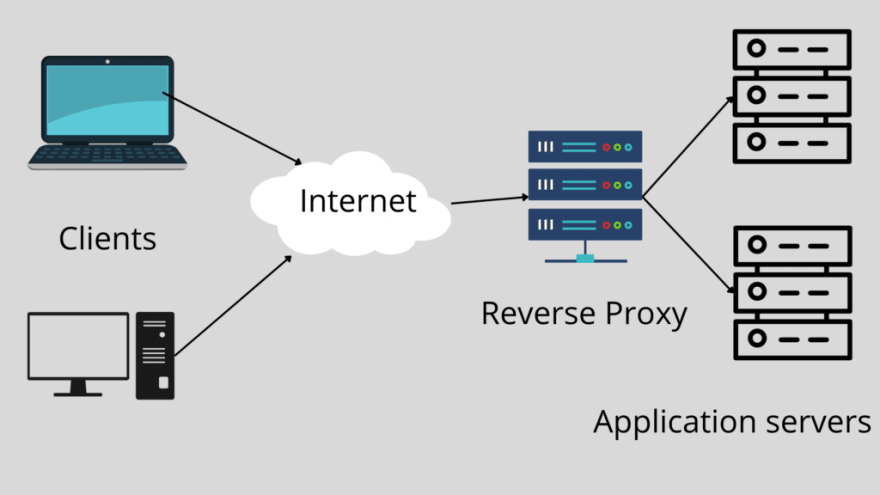 Load balancing with HTTPS enabled is a great way to improve the performance of your website. By using a load balancer, you can distribute the load of your website across multiple servers, which can help to reduce the strain on any one server.

Additionally, by enabling HTTPS, you can ensure that all communications between the servers and visitors to your site are encrypted, which can help to keep your site safe and secure.

It does come with its fair share of problems. On problem is that for each request a TLS Handshake and a DNS lookup have to occur which might lead to delayed responses.

Load balancers are often used to distribute incoming traffic across a group of servers, in order to avoid overloading any single server. Health checks are a vital part of ensuring that the load balancer is able to correctly route traffic, as they can help to identify when a server is down or not functioning properly.

Nginx can monitor the health of our HTTP servers in an upstream group. Nginx can perform Passive Health checks and Active health checks.

NGINX analyzes transactions as they take place and tries to restore failed connections for passive health checks. NGINX identify the server as unavailable and temporarily halt transmitting requests to it until it is deemed active again if the transaction still cannot be resumed.

For an upstream server to be marked as unavailable, we need to define two parameters in the upstream directive; failed_timeout and max_fails.

failed_timeout sets the time during which a number of failed attempts must happen for the server to be marked unavailable.

NGINX can periodically check the health of upstream servers by sending special health‑check requests to each server and verifying the correct response.

If you want to sleep well at night 😂 then managed load balancers are way better as they remove the headache of constantly debugging.

Limiting the number of connections

One way to improve the performance of a load balancer is to limit the number of connections that it tries to establish to each server. This can prevent the load balancer from overloading any one server and can help to ensure that each server has a fair share of the traffic.

Yes, reverse proxy and load balancer are similar in many ways. Both can be used to improve the performance and availability of a website or application. Both can also be used to distribute traffic among multiple servers.

Load balancing is a good way to distribute requests across application instances. It provides high availability and ensures server health is always high. Using the Nginx load balancer to distribute load is beneficial as it serves as both a reverse proxy and a load balancer. It is also open source and thus you can get more from Nginx. I hope this article was able to help you set up an Nginx load balancer. If you have any questions feel free to ask them in the comment section. Thank you for reading.

If you're interested in getting updated each time I publish a new article, feel free to sign up for my newsletter.

The post How To Configure Nginx as a Load Balancer appeared first on Ian Kumu's Blog.

Ian Kumu
I build cool things for the web. I also enjoy reading about new technologies and am always looking for opportunities to learn. I am currently a backend developer and I love sharing my knowledge
Laravel Mail: How to Send Emails Easily in Laravel
#laravel #webdev #php #emails
Laravel File Upload: A Complete Tutorial and Guide
#laravel #php #beginners #webdev
NGINX vs Apache: Choosing The Best Web Server in 2022
#linux #nginx #apache #webdev

Once suspended, iankumu will not be able to comment or publish posts until their suspension is removed.

Once unsuspended, iankumu will be able to comment and publish posts again.

Once unpublished, all posts by iankumu will become hidden and only accessible to themselves.

If iankumu is not suspended, they can still re-publish their posts from their dashboard.

Once unpublished, this post will become invisible to the public and only accessible to Ian Kumu.

Thanks for keeping DEV Community 👩‍💻👨‍💻 safe. Here is what you can do to flag iankumu:

Unflagging iankumu will restore default visibility to their posts.