If you're an Azure-DevOps-using organisation, pipelines are obviously key to an effective CI/CD strategy. And there's a skill to getting the steps right for your context. Some tasks you still need to do every single time, even though the contents might not change (much) between builds.

We build .NET solutions which often have framework-based front-ends (or at least some form of front-end packaging process). So we've always got NuGet references and node_modules folders. It's a rare thing that these change between runs of a pipeline, but it can happen, so we need to fetch updates or run npm install each time.

Within pipelines, these steps can occasionally take quite some time - possibly several minutes depending on the agent count and capability, size of the payloads or the number of packages/references you have. And it really starts to be come a factor if you're running multiple pipelines for multiple projects simultaneously throughout the day.

Cache tasks allow you to store blobs based on a key. Adding a cache step to your pipeline will check against the key and set a variable indicating whether there has been a hit or not. If there is a cache hit, the blob will be downloaded to the pipeline working directory and the value of the hit variable can be used a condition on running later steps in the pipeline.

Let's work through how exactly we use Cache steps for a NodeJS build (which would ordinarily create a node_modules folder). Since, during the development of our application, we may add new dependencies, we do need to run the npm install command on each execution of the pipeline.

Some Points of Note

The original driver for looking into this was an attempt to reduce build times for pipelines with NuGet or Node steps which took significant chunks of time and were run often. On one project we've applied this to, a pipeline with two distinct "npm install" steps has gone from those steps taking an average of over 7mins per run to approximately 2mins per run.

Given the following legend:

...can you spot when we might have enabled the caching of these 2 steps? 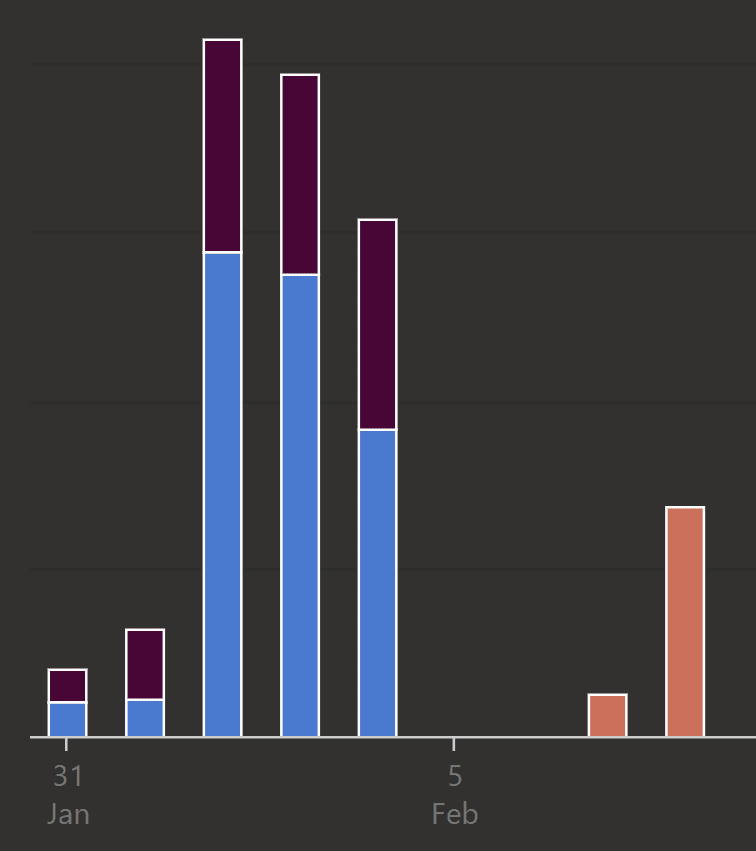 A thoroughly useful technique for speeding up the execution of pipelines with required but potentially time consuming steps. Just take note to get the cache key correct and don't fall foul of creating a blob larger than the payload required to run the command afresh on each execution.

The Problem with Feature Branches

Once suspended, iamsamk will not be able to comment or publish posts until their suspension is removed.

Once unsuspended, iamsamk will be able to comment and publish posts again.

Once unpublished, all posts by iamsamk will become hidden and only accessible to themselves.

If iamsamk is not suspended, they can still re-publish their posts from their dashboard.

Once unpublished, this post will become invisible to the public and only accessible to Sam Kirkpatrick.

Thanks for keeping DEV Community safe. Here is what you can do to flag iamsamk:

Unflagging iamsamk will restore default visibility to their posts.