Have you ever been in this situation where you are working on multiple projects and have to deal with multiple versions of Java, NodeJS or Postgres? In this article, we’ll discover how to switch between different runtime versions automatically depending on the current folder, and therefore the project. 📁

As a freelance developer working on different projects for different clients, you have probably already found yourself in this situation: project A runs with Java 8, project B runs with Java 11, and project C runs with Java 17. To easily switch between these versions, you might have used the update-alternatives command.

This works pretty fine, but there is a drawback to this approach: you have to manually run this command every time you have to switch to another version, which can quickly get cumbersome. Also, this command does not work with all tools, such as node or postgres.

One way to solve this problem is to use Docker. Indeed, the purpose of Docker is to create an image that contains all the correct versions for the current project. However, not everyone knows Docker, and not every project has a Dockerfile to build this setup. Also, not all teams have the time to build a Dockerfile: depending on the project size, it can easily get complicated to create one quickly.

Another solution would be to have something like a magic wand that automatically switches between Java 8 in the project-A folder and Java 11 in the project-B folder, and so on.

Actually, this magic wand exists, and is called asdf. 🪄

So what really is asdf? It is a CLI tool that automatically switches between your runtime versions (Java, NPM, Node, Postgres, PHP, and even more) depending on your current folder. To do so, it relies on a file named .tool-versions (located in the folders where you need to use it) to know which version to use for each tool. This file simply contains a mapping list of each tool with the correct version to use.

Something really interesting is that you can commit this .tool-versions file to your git repository so that your colleagues can also have the correct versions of the different tools, as long as they are using asdf. 💪🏼

Let’s say your default node version is 17.3.0, but one of the projects you are working on is a bit old and uses version 12.13.0. If you start a terminal and run the command to get the node version, it will display your current one.

This command will produce the same output if you are in the project-A folder. However, if you tell asdf that it should use the version 12.13.0 of node in this project, the output will change.

And if you change to another directory, the node version will magically change back to your default one.

In the first place, you will need to download asdf (available on Linux and MacOS, but unfortunately
not on Windows). To do so, just clone the git repository to your home folder.

If you are on MacOS, you can simply use brew.

Once done, you will need to add these two lines to your .bashrc (or .zshrc).

In this example, we will continue with nodejs, so we will install this plugin.

💡 You can list all the available plugins with the asdf plugin list all command. As this will produce a pretty big list, you can filter the results with grep.

After installing these versions, the last step is to specify which one to use depending on the project. To do so, head over to the folder of the project that uses 12.13.0 (let’s say project-A) and select the correct nodejs version.

And that’s it! The 12.13.0 version of Node will be used in the project-A directory and sub-directories. 🥳

If you now run ls -al in the project folder to list all the files, you will notice the .tool-versions file that contains the correct Node version. You can commit it to your version control system.

💡 When cloning the project containing this file, your colleagues don’t even have to manually install the listed versions: they can simply run asdf install, and the magic wand will take care of downloading all required versions.

Lastly, as we’ve seen earlier, we need to define a default version to use when we are in another folder which has no .tool-versions file in it or in its parent folders. In our case, we want the default version of Node to be 17.3.0.

💡 You can also specify a version for the current shell.

And that’s it, we’ve successfully got rid of the pain of having to manually switch between our runtime versions, thanks to our new magic wand. 🪄

Thanks to asdf, our runtime versions are now managed automatically. When you need to use a new plugin, the steps will always be the same:

For more information, or if you need help on this awesome tool, don’t hesitate to head over to asdf-vm.com. Also, feel free to star the GitHub Repository of asdf to support the team behind this project. 😉

I hope this article was useful to you, and I’ll see you in the next ones. 🤘🏼

More Articles From Me 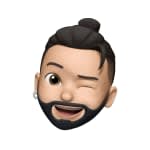 Why Your GitHub Profile Sucks?

Taking console.log To The Next Level

Bootstrap CSS is still the sh*t. But we can make it better.

Once suspended, iamludal will not be able to comment or publish posts until their suspension is removed.

Once unsuspended, iamludal will be able to comment and publish posts again.

Once unpublished, all posts by iamludal will become hidden and only accessible to themselves.

If iamludal is not suspended, they can still re-publish their posts from their dashboard.