This is just a stream of things that I noted down to help me re-jig my knowledge of docker: because, I want to 🧐

I knew what docker was, but at the same time the understanding didn’t fully seep in to my foremost consciousness to be able to say that I actively “know” what it is and what it is useful for. As it can be seen from the extracts above, we can clearly see how portable docker is kind of like a make-shift “VM” without the need for all the supposed junk that comes along with it. Many layers are cut off from the vm to give us a package or “container” where we can run our built version of our projects (images) with ease, without worrying about any OS specifics. 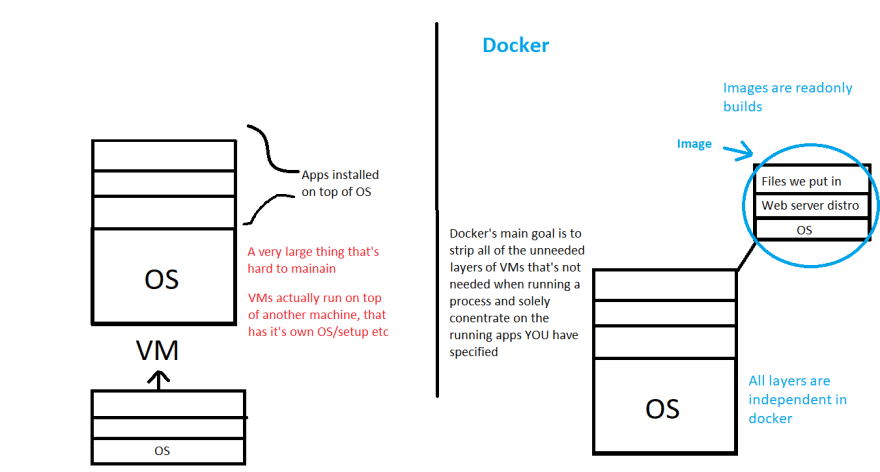 “A container is a standard unit of software that packages up code and all its dependencies so the application runs quickly and reliably from one computing environment to another.” - Docker.com 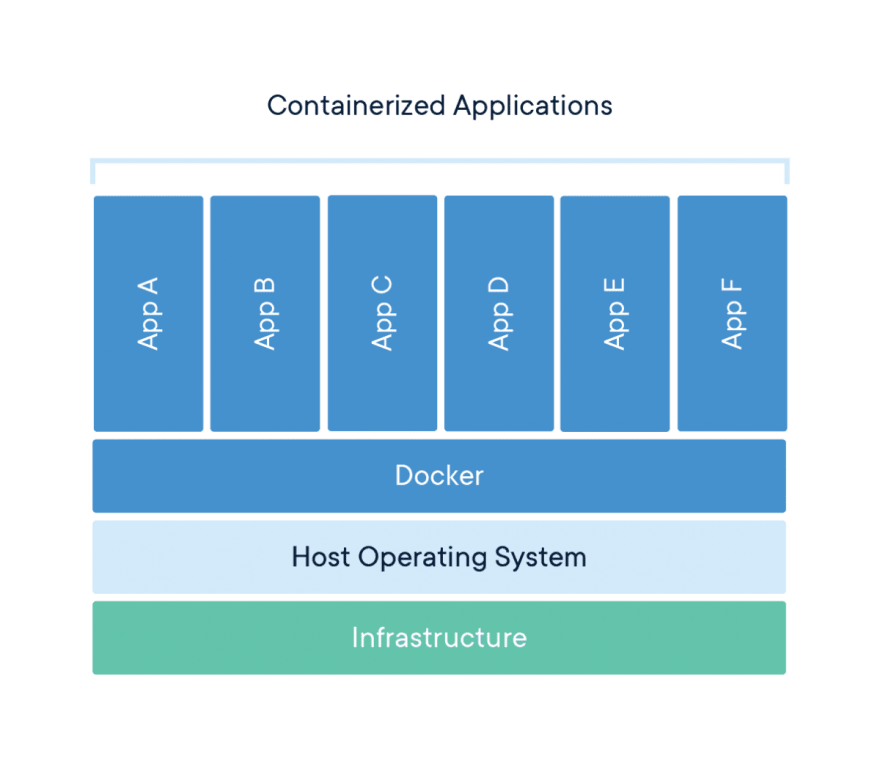 In a video explanation by Solomon Hykes (link here), he introduced the essence of containers through his example of how things were shipped in the early days (e.g a 100 years ago). The original way for shipping specific goods may have been too specialized that it could be costly to hire a specialist to take care of delivery of this good. 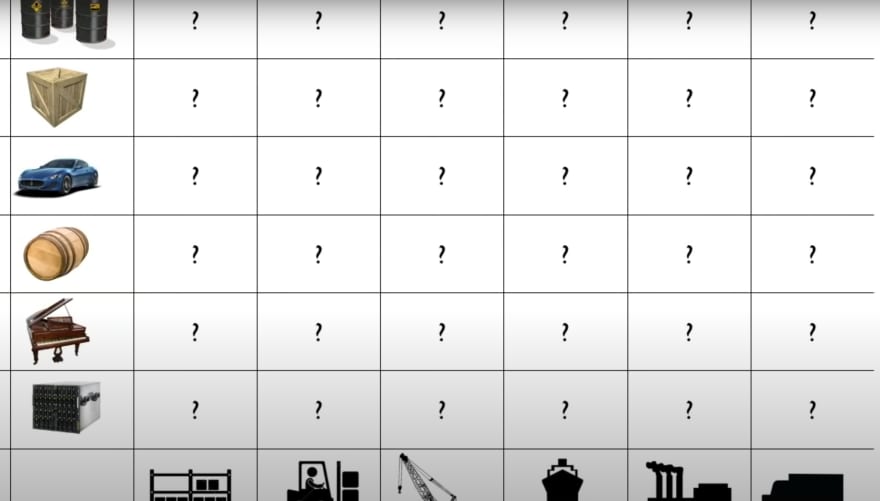 All of these products may need a special way to be shipped if it takes any one of those specific shipping options. This is where the solution comes in, the introduction of the universal container. 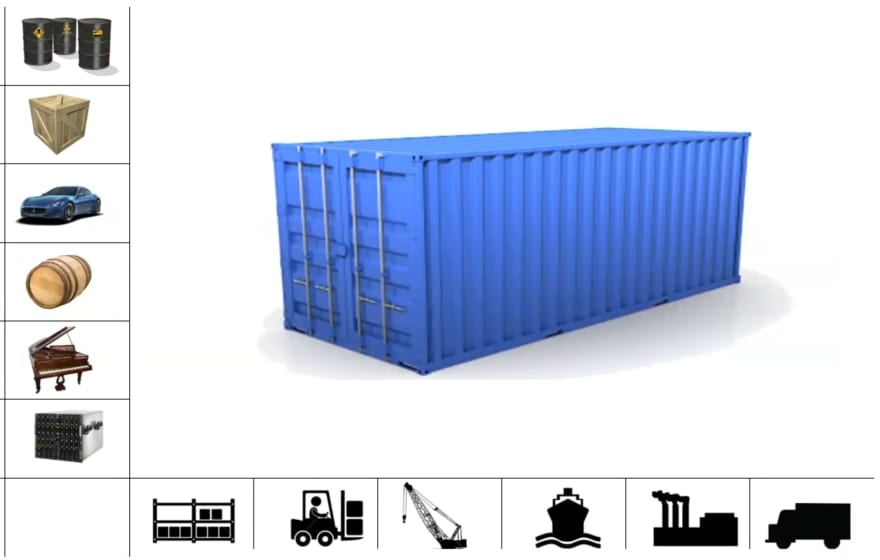 This revolutionized the shipping industry, in that now the concerns are somewhat separated. Once the item is in the container, the responsibility from the sender’s side is complete. The shipping is done all the same for all products, they all go in this type of container. This makes it easier for the industry to concentrate on other aspects of shipping like improving the size of the boat or efficiency of it etc.

The same thing can be said when it comes to the devops side of what we do. 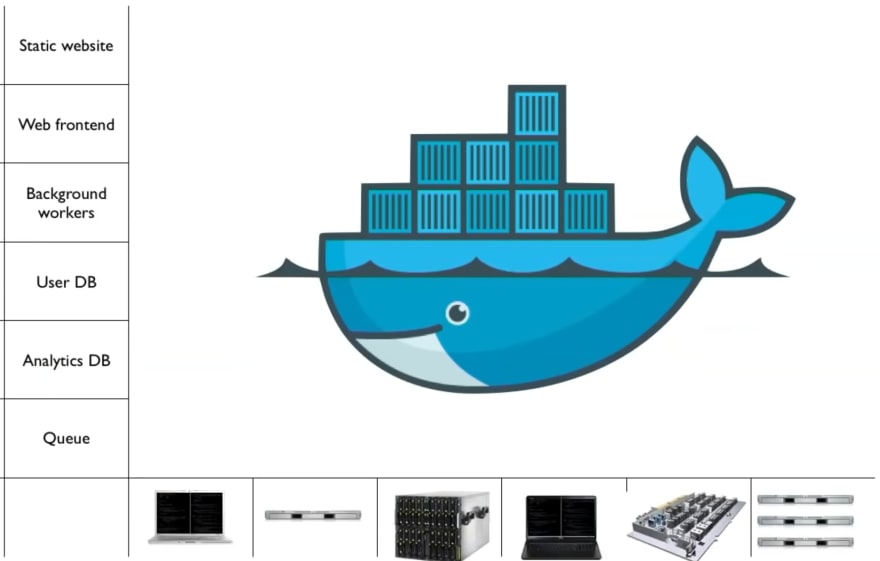 What is a dockerfile?

“..the Docker file says what to build that will be the Docker image. These files have everything to eventually build a container.” - blog.iron.io

“Every Docker container starts with a simple text file containing instructions for how to build the Docker container image. DockerFile automates the process of Docker image creation. It’s essentially a list of commands that Docker Engine will run in order to assemble the image.” - ibm.com

What is a docker image?

A docker image acts like a template for creating a container, with a set of instructions and specifics in order to be run as intended. A docker image can usually be created by a dockerfile as well.

Why you should use it and what it doesn't solve

Why you should use it

Things docker does not solve

The next chapter will entail my findings going through docker in action. I will detail starting up docker, running a container and what I feel about it.

Thanks for taking the time to read :)

How to Choose The Right Database for Your Application