I'm slowly working on getting my assortment of code organized, so I can put some of it on github. I have stuff scattered all over, most in a code directory, but some in other directories I've copied over from various other sources. 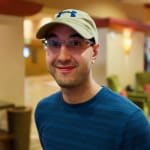 How do you organize source code on your computer?

#discuss #productivity #beginners
and several other articles that came up in a google search, so I'm starting fresh with a ~/dev/ directory, and giving each project their own directory. However, I have some projects I've done in multiple languages, for a example, a guess the number game in Java, and bash. I also did a few of the problems on Project Euler, and at least one I solved in more than one programming language.

I'm wondering what the best or recommended practice is for naming projects done in multiple languages. For example, should I create separate directories for the number guessing game, named guess-java, guess-shell, etc, or should I nest them, for example guess\java & guess\shell even though a lot of the advice I read was to not group projects by language

What OS do you use for development?

What's your use of Raspberry Pi?