The erlang observer tool is a fantastic tool for elixir developers to have in their toolbelt, unfortunately the default elixir install on Mac OS Big Sur is broken (actually it's one of the dependencies wxmac which is broken).

if you want to fix it and have it as sexy as the one below ;) read along 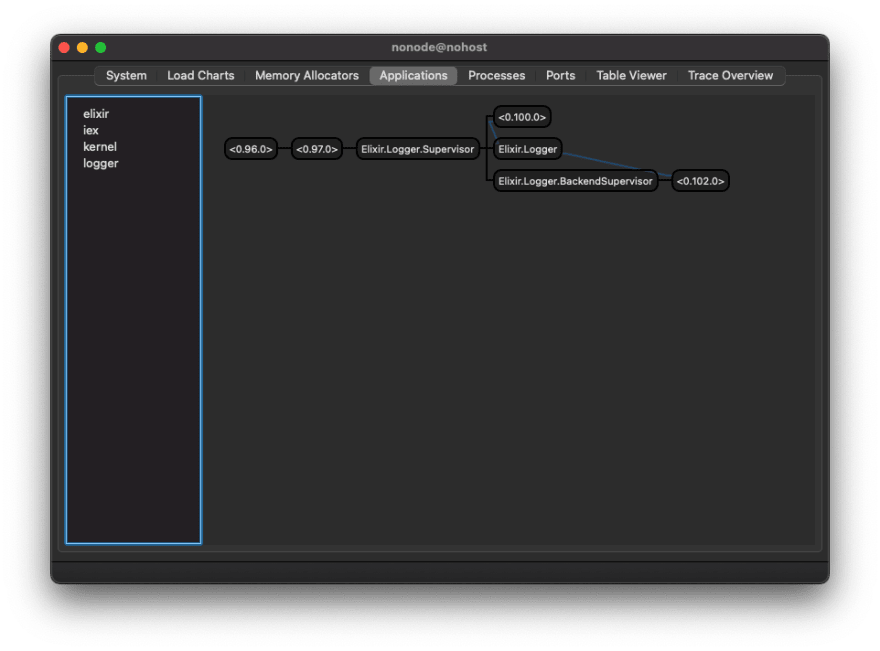 This post serves as a memory refresher for later installs and also to help anyone searching to solve this, hopefully it's detailed enough, let me know in the comments if anything isn't as accurate as it should be and feel free to share your insights as well.

What we are going to do

you'll need to change the version, the hash and the args, check the diff file below

With wxmac properly modified if you already have an elixir setup we will need to clear it, if not, skip the next section and let’s proceed to install it properly

Install it properly (feel free to update the versions)

Sort a String using a Custom Alphabet in Elixir

hugomatinho
6 Use Cases for Regex in Your Daily Work
#webdev #productivity #regex #programming
What is your favorite way to learn?
#discuss
+20.000 Developers Rename the Wireless Mouse to Hamster - Help Us!🐹
#discuss #challenge #productivity #jokes

Once suspended, hugomatinho will not be able to comment or publish posts until their suspension is removed.

Once unsuspended, hugomatinho will be able to comment and publish posts again.

Once unpublished, all posts by hugomatinho will become hidden and only accessible to themselves.

If hugomatinho is not suspended, they can still re-publish their posts from their dashboard.

Once unpublished, this post will become invisible to the public and only accessible to hugomatinho.

Thanks for keeping DEV Community 👩‍💻👨‍💻 safe. Here is what you can do to flag hugomatinho:

Unflagging hugomatinho will restore default visibility to their posts.