They are considered as transformational operators since they transform an observable after applying a function, to a new observable.

They help us to avoid situation where we have to nest subscription and things get messy.

For example, when a user clicks a submit button (source observable), an http request is sent to the server (inner observable), then, we listen to the response.

A simpler example would be as follows : 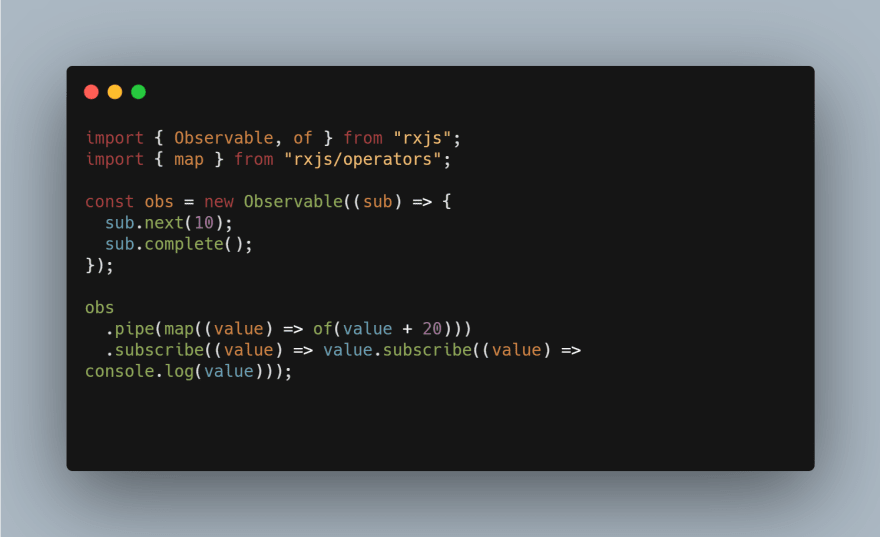 The difference between them is based on the manner in which they act when the source observable emits while the inner subscription still in progress.

Imagine this user clicks the submit button, an http request is sent to the server, while we are waiting for a response he clicks again on the button.

What should inner observable do?🤔

To anwser these questions and more, we will make things simpler. 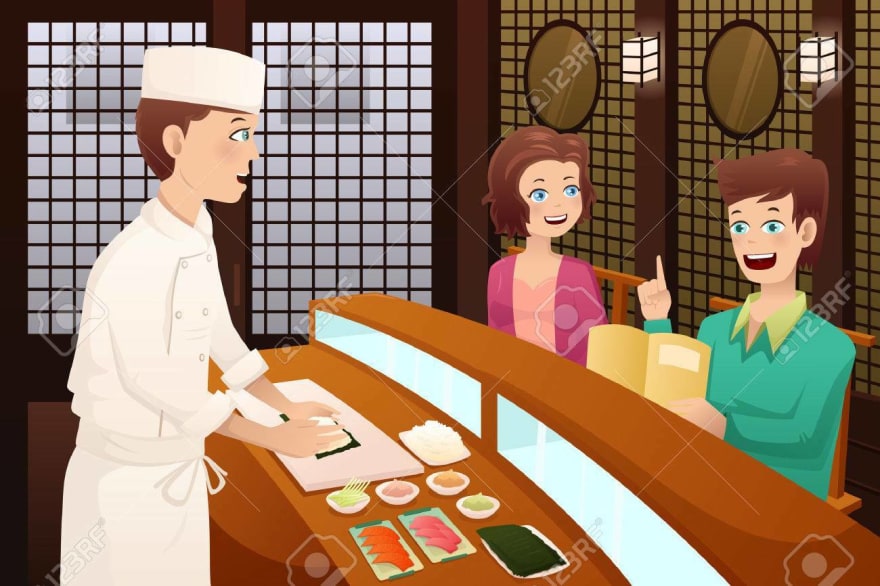 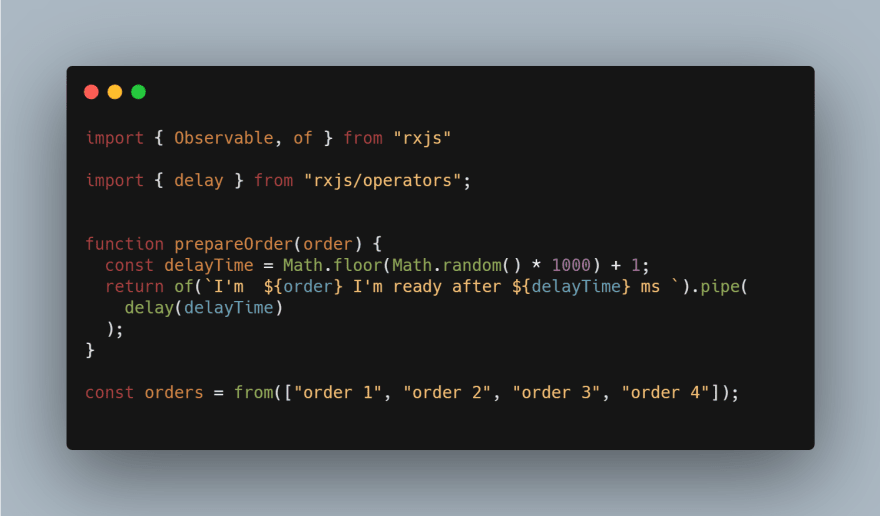 prepareOrder will be the projection function, it takes an order as observable. After preparing the order (it takes random time ⏲️ ) it sends back a new observable (inner observable). 🍚

let's see what happens with this chef:

While he is preparing an order, he is also listening for new orders, when he gets one, he starts immediately treating the new order even the current one is not yet completed, then, he sends back the first that gets completed and so on.

This chef listen to orders in sequence. While he is in the middle of preparing an order and new one comes, he takes note of this order (in buffer) to get back to it after finishing current order and so on.

This chef is so lazy, he responded only to the first order !

When he is preparing an order, he will ignore any order in meantime until he finishes the current one.

He responded only to order 4 !

This chef is unkind ! When he is preparing an order and gets new one, he drops the current order and starts immediately preparing the new order.

How flattening operators would represent themselves if they were chefs?

-🤯mergeMap: I'm a hard worker, I can prepare multiple orders at the same time ! But I don't respect orders sequence.

-😇concatMap: I respect orders sequence! You will get your order as soon as I finish what I'm currently doing.

-🙄exhaustMap: I'm exhausted ! when I prepare an order, I won't listen to any other order.

-😈switchMap: I'm mean ! your order will be in trash if I receive new one.

Hope this illustration makes it easier to understand these operators. And helps you choose the best operator that fits your use case.

You find more details in official rxjs docs and learnrxjs.io

How do i connect Ionic/Angular Admin(or any user role) panel(UI) to firestore to write collections.