This is a guest post by Alex Vondrak, Senior Platform Engineer at true[X]. 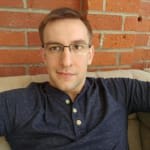 This is the story of how I used Honeycomb to troubleshoot redis/redis-rb#924 and discovered a surprising workaround.

Emergent failures aren't fun. I've long since learned to dread those subtle issues that occur at the intersection of old code bases, eclectic dependencies, unreliable networking, third party libraries & services, the whims of production traffic, and so on.

That's why, when RedisLabs emailed us early in December 2019 about our clients spiking up to ~70,000 connections on a new Redis database, I really didn't want to deal with it. Our application was deployed across ~10 machines with 8 processes apiece - so you'd think maybe around 100 connections tops, if everything was going smoothly. Yet there the stale connections were.

Of course, I already knew where the problem came from. The new database was for a workaround we'd just deployed. It was a bit of over-engineering for a very specific use case, and it relied on blocking operations to force parallel HTTP requests into some serial order. The logic is replicated in this GitHub gist.

The important thing to note is that we relied on BLPOP to populate most of our responses. This Redis command blocks the client for a given number of seconds, waiting for data to appear on a list for it to pop off. If no data arrives in the given timeout, it returns nil.

We were under stringent timeouts ourselves, so we'd just wait 1 second for this data. Our customers would timeout long before Redis did anyway.

To add to the stress, this legacy code base was using relatively old/unmaintained software: Goliath, em-synchrony, the recently-deprecated Redis synchrony driver, and other such things built atop the often-confusing EventMachine. Suffice to say, we've had our issues in the past.

RedisLabs instituted a connection cap to stop paging their ops people. With the intervening holidays (and just slow customer ramp-up on the new feature), it wouldn't be until February 2020 that we realized no requests were succeeding because RedisLabs constantly sat at max capacity - no one was able to connect.

Searching in the Dark

What could I do? The Ruby code was as straightforward as it could be. I used the redis gem to initialize a single Redis instance shared across each process. Nothing but a simple call to the Redis#blpop method:

Was the problem in my application? Redis? EventMachine? I spent weeks trying to read each library's code line-by-line, wishing I could just squint hard enough to understand where it could go wrong. I went through several Hail Mary attempts:

The only remaining suggestion was to write a script that periodically fed the CLIENT LIST into CLIENT KILL. That was my reality check: surely that couldn't be an appropriate fix. What was I missing?

At the time, we had signed up for Honeycomb, but hadn't really instrumented any of our old systems. I whinged about how much I didn't want to spend time on this decrepit code - exactly because of problems like this. So of course I didn't want to instrument it! But I was getting nowhere with this bug. I didn't know what triggered it, short of production traffic. What's more, it was likely a bug in some library, not my application.

But hey, this is Ruby: I could just monkey-patch the libraries. It wouldn't be my first time. I even wrote the Redis integration for the Ruby beeline (full disclosure), and that works by monkey-patching the redis gem.

So I spun up a canary instance pointing to some frenzied branch of my code where I iteratively added stuff like this:

It was ugly, but it did the trick. I could finally see the code in action.

It still took some flipping back & forth between the trace and the Redis code, but I finally noticed a pattern:

One reason the connection errors were likely happening was because of the RedisLabs connection cap. They may still have been happening for mysterious reasons, as in redis/redis-rb#598. Regardless, I could observe this endless retry loop triggering a disconnect & reconnect - several of them per request. So I thought: if those connections aren't actually being closed, that could be the source of my idle connections.

After weeks of endless squinting, guessing, and checking, within a day of using Honeycomb, I had an idea actually backed up by data. Carefully inspecting the redis gem's code, I circumvented their read timeout & retry logic with:

Once it was deployed to the whole cluster, our connection count plummeted, and the feature finally worked as intended.

Download the Observability for Developers white paper to learn more about how observability can help you debug emergent failure modes in production.

Experience what Honeycomb can do for your business. Check out our short demo.

Debugging with Pry: A Beginner's Guide

Debugging Python in VS Code