originaly posted in my blog here

For a medium that is only 2 years old in the hand of the mainstream customer, we can say that virtual reality's user interaction and experience is evolving very fast. And more with the introduction of AAA studios in the game like Bethesda.

Let's pick some of 2017 UX ideas and add them to more classic locomotion methods.

Repo is available here
Foremost, we will be using Oculus GearVR for these, it should work without hassle for the Rift since it is using the Oculus Utilitie's CameraRig, and could easily be rewritten for Daydream and/or SteamVR as most of the interaction is in ArcTeleporter.cs.

Our main orientation method will be the Arc (also known as Bezier) teleporter that let us point to where we are going using hand tracked controllers. and the two classical locomotions would obviously be the Blink Teleport, and the Dash. Then we'll see what could we add to make them better. But first, let's tackle a boring part about curves.

A Quadratic Bézier curve would be the easiest way to implement an arc teleporter, the other being a parabolic curve.
It consists of three points: start/end points and a control point. And two line segments: a first one 'S0' between the start and control point, and a second 'S1' between the control and the end points. 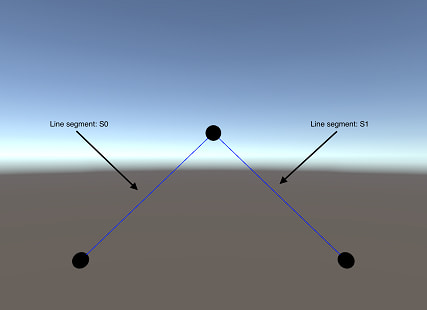 This can be expressed with this snippet:

This method was the first to be adopted as a motion sickness-free viable method of locomotion in most early VR experiences, either with a fading in/out or immediate. by either pointing to static teleport points or -what we are using- the Arc teleporter.

Sidenote/History: In VR, the developer gives full control of the camera to the player's...neck, that is part of the deal. But for the sake of accessibility, some way to support seated vr play was necessary. Oculus started to ask for a "snap rotation" using the joysticks as a best practice for their games and thus it became common nowadays. That bring us to our issue: mobile VR controllers only have a trigger and a touchpad.

Microsoft's implemented this just right in their cliffhouse menu by letting the user calibrate it's facing rotation while teleporting. A modest implementation looks like:

Very cool for action fast paced games/experiences, the dash gives the user a sense of power and was well designed in DOOM VR (as well as the flat screen Doom game btw), but if improperly implemented can induce sickness.
The culprit here is the Field of View, while it can be pretty wide if you're in your couch watching TV, it get reduced if you're walking, running or focusing on a task in front of you. That bring us to the tunneling effect.

Implementation makes use of a mask attached to a Quad/Plane/UIPanel child of our main camera. then by tweaking the alpha or the scale it creates a cool vignette effect that reduces the FOV while moving. a sample of a mask can be created in 3 clicks in photoshop and looks like: 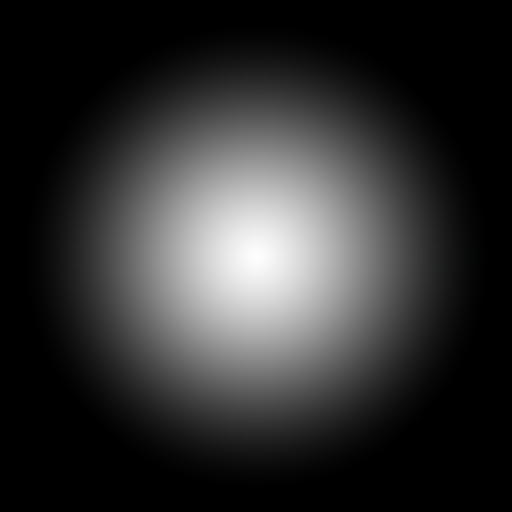 VR is still a great terrain for R&D and experimentation, and what is accepted today as good practice will surely become tomorrow's mistake. so don't take these for granted and feel free to experiment, tweak and playtest(A LOt) as you want.

How to Convert a Component Design Into an MUI React Code

Once suspended, homerdalords will not be able to comment or publish posts until their suspension is removed.

Once unsuspended, homerdalords will be able to comment and publish posts again.

Once unpublished, all posts by homerdalords will become hidden and only accessible to themselves.

If homerdalords is not suspended, they can still re-publish their posts from their dashboard.

Once unpublished, this post will become invisible to the public and only accessible to Omar.

Thanks for keeping DEV Community 👩‍💻👨‍💻 safe. Here is what you can do to flag homerdalords:

Unflagging homerdalords will restore default visibility to their posts.