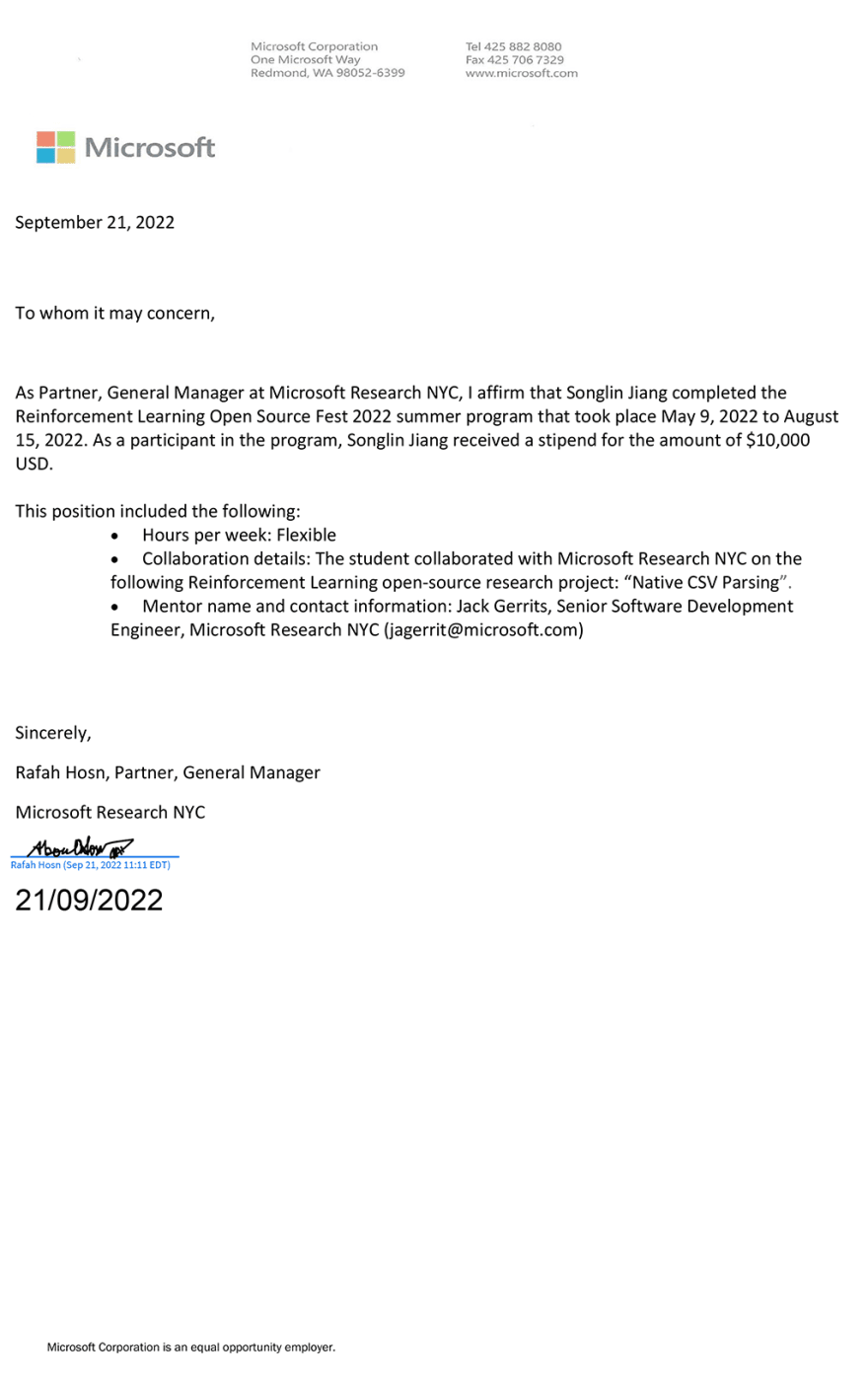 My project here at the Reinforcement Learning Open Source Fest 2022 is to add the native CSV parsing feature for the Vowpal Wabbit.

So why do I choose to implement native CSV parsing? CSV is one of the most popular file formats used in the machine learning dataset and is often delivered as the default format in competitions such as Kaggle. CSV files have the same schema for each example, while VW text format doesn't. Although converters in Python and Perl have been written which convert these files to VW text format, it would be convenient if VW could understand CSV files natively. I also want to challenge myself, as there is a surprising amount of complexity in the design of implementing a generalized parser for CSV, so this project is as much about considering all of the design pieces as implementing a working parser. My choice and time devoted also pay off since my project has already got merged into the VW upstream !!!

CSV files are often separated by commas (,) or tabs. however, alternative delimiter-separated files are often given a .csv extension despite the use of a non-comma field separator. This loose terminology can cause problems in data exchange. Many applications that accept CSV files have options to select the delimiter character and the quotation character. Semicolons (;) are often used instead of commas in many European locales in order to use the comma (,) as the decimal separator and, possibly, the period (.) as a decimal grouping character.

Separating fields with the field separator is CSV's foundation, but commas in the data have to be handled specially.

How do we handle CSV files?

The short answer is that we follow the RFC 4180 and MIME standards.

The 2005 technical standard RFC 4180 formalizes the CSV file format and defines the MIME type "text/csv" for the handling of text-based fields. However, the interpretation of the text of each field is still application-specific. Files that follow the RFC 4180 standard can simplify CSV exchange and should be widely portable. Here are its requirements:

The project reaches 100% Test and Code Coverage. On my computer, it takes only 829 ms to handle 200000 examples, which is comparable to the equivalent VW custom format data file’s parsing speed of 623 ms, and is equivalent to 21.7 MB/s throughput.

I have expected that little bit of slower between VW custom text format and the CSV format. The VW text parser can parse as it reads since generally the elements have a fixed position, while CSV parser needs to store the split elements into an array, and look up that array according to the header for labels, tags, namespace and feature values, also there's double quotes trimming and escape support, which will definitely cost more time.

After all, I have tried my best to optimize it and the performance is also to my satisfaction. You can check using the throughput tool for the unoptimized one during the project. And that was actually 10 times improvement!

My optimization mainly involves turn all the functions used by the parser into force inline. During the parsing, instead of parsing column by column, I categorize all the features by its namespace and parse those features by namespace to avoid double caculating the namespace hash. I also replace the map with unordered map, use vw's own data structure v_array to replace std::vector, and use VW's realization of parsefloat to replace std::stof, which is much faster. The statistics show that these really improved the performance a lot.

That's all, thanks for listening, and also special thanks to my mentors Jack Gerrits and Peter Chang from Microsoft Research - New York City Lab, who really helped me a lot during the project.

💰 Get paid while contributing to Open Source

C++ is being replaced by Carbon?

Once suspended, hollowman6 will not be able to comment or publish posts until their suspension is removed.

Once unsuspended, hollowman6 will be able to comment and publish posts again.

Once unpublished, all posts by hollowman6 will become hidden and only accessible to themselves.

If hollowman6 is not suspended, they can still re-publish their posts from their dashboard.

Once unpublished, this post will become invisible to the public and only accessible to Hollow Man.

Thanks for keeping DEV Community 👩‍💻👨‍💻 safe. Here is what you can do to flag hollowman6:

Unflagging hollowman6 will restore default visibility to their posts.