When developing software, we have to use 3rd party npm packages in many cases. For example, If we want to make an HTTP call to an API, from our application we would use the Axios library. However, before using a 3rd party library, it is important to check if there are any known security vulnerabilities reported against these libraries. In such a case, you can use a tool to do the search for you. OWASP Dependency-Check is one among them.

Here I will demonstrate how to use the command line tool of OWASP Dependency-Check to analyze external dependencies and generate a report based on the known vulnerabilities detected. 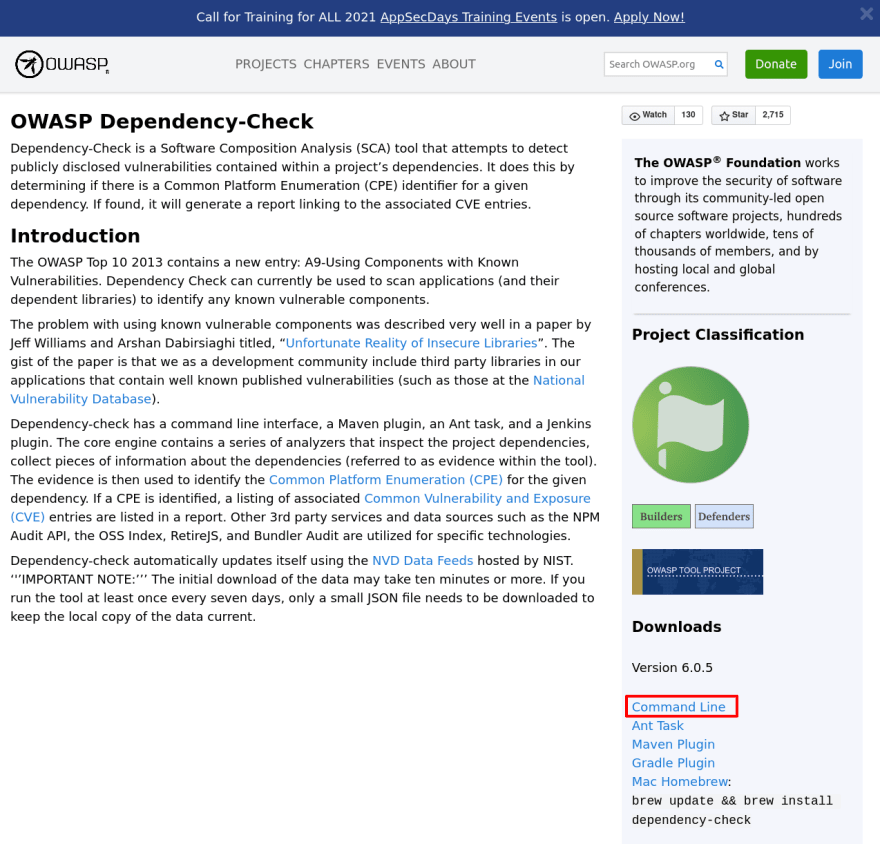 3) Open in terminal and run the following script.

--project: Specify a name for the project and this would appear in the report. (optional)

--scan: Path of the folder which contains the 3rd party dependency libraries. (required)

--out: Path of the folder where the vulnerability analysis reports should be generated. (optional)

--suppression: An XML file that contains the known vulnerabilities that should be hidden from the report (false positives). (optional)

OWASP dependency-check includes an analyzer that will scan Node Package Manager package specification files that works in conjunction with the Node Audit Analyzer to create a bill-of-materials for a Node.js project.

Here I have react-app in this directory /home/user/react_learning/demo_app and generated report in the same directory. 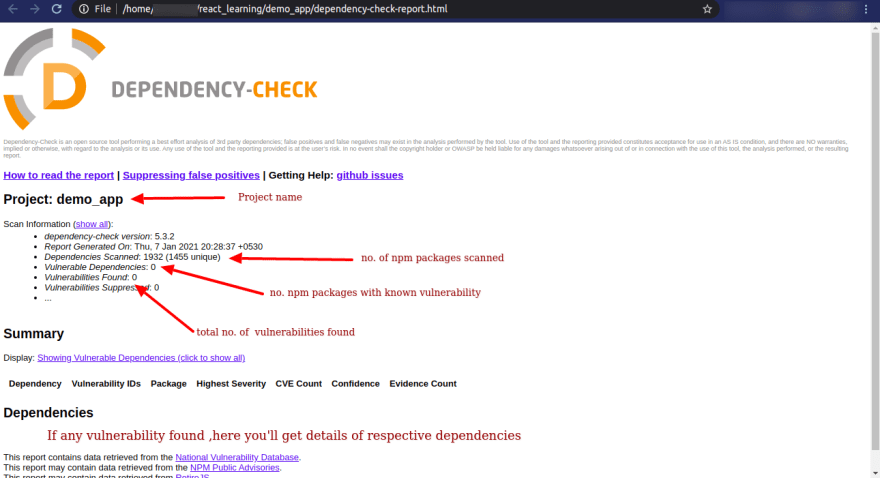 Why Google FLoC trial has been labelled by privacy advocates as a worse idea!!!