Many web developers like to use such traditional terminology as Unit / Integration / End-to-End testings in their projects as these terms are still familiar in the old-school software engineering field.

But shall we keep using these distinctions when component-oriented frontend frameworks are so predominant nowadays?

Let me compare the old-school testing pyramid with the new pyramid and prioritize testings based on cost performance. 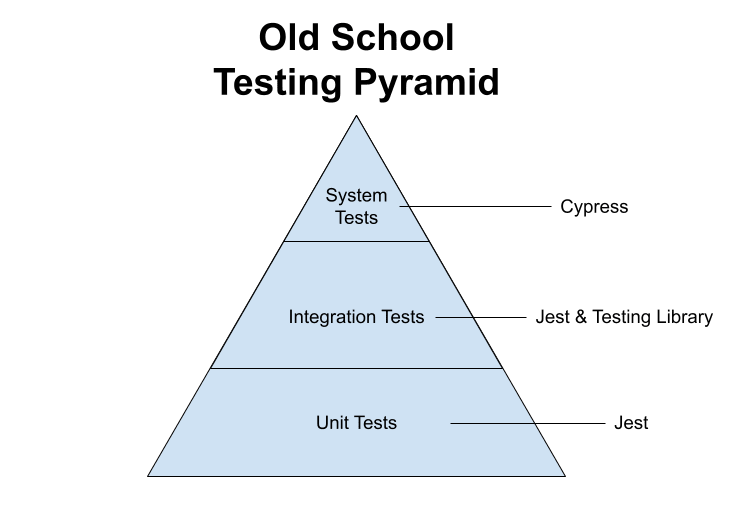 Let me reconstruct the frontend testing pyramid based on the test types and their priorities for modern framework development. 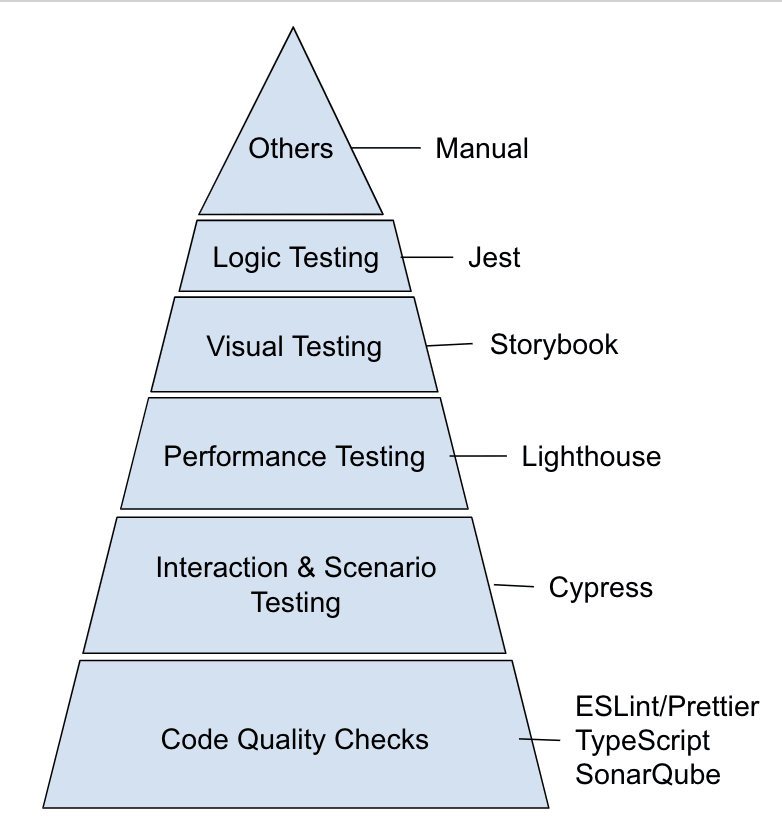 I also prepared the table version with classic testing names. 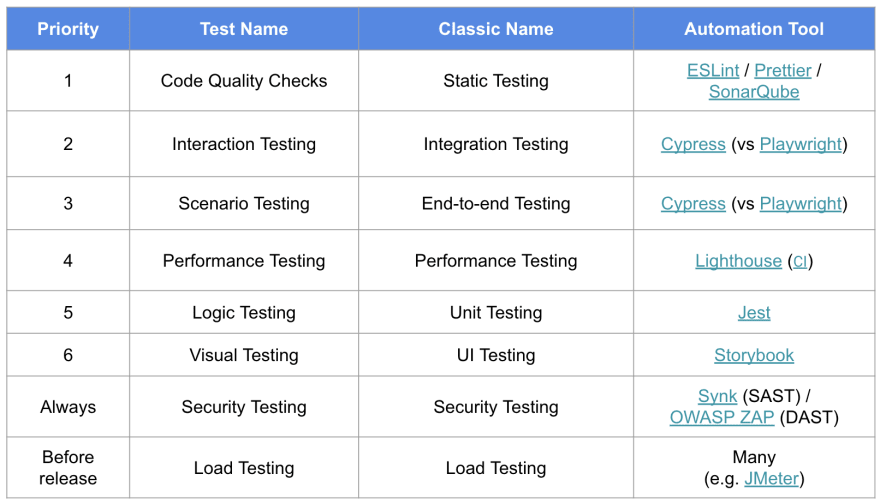 The naming of "Static Testing" makes sense by itself, but what it actually does is analyze code in the repository and identify poorly written code.

There is no doubt that this test produces the most significant value for the cost. All developers need to do is just add syntax rules (ESLint) and format rules (Prettier) at the beginning of the project. Javascript and even Typescript are innately susceptible to runtime errors, but enforcing these coding rules in the build process amazingly captures most coding errors in the compile errors like Java or Golang.

What developers call "Integration Testing" in the frontend context consists of two types of testing - interactions and scenario.

Interaction testing is to ensure the quality of interactive features in a specific page, such as data binding in radio buttons, click events, and input validations.

Scenario testing is to secure data consistency and transitions across pages. For example, an online shopping experience comprises views from the search page, product page, cart page, checkout page, and a thanks page. Aside from testing each interactive feature, it is valuable to guarantee that users can accomplish a typical shopping experience.

There are a few automation tools for these purposes, but my recommendation at this moment is Cypress, which is battle-tested and easy to start. 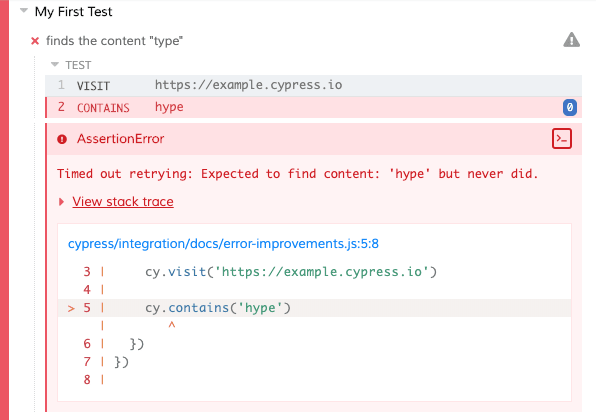 This name is already self-explanatory, and developers just need to run Lighthouse or its CI to kickstart. Typical performance tools check speed, SEO, accessibility and other best practices for web.

These optimizations are usually easier to handle in the middle or the end of the project. Thus, I set the performance testing to a lower priority.

Some components or functions have complex rules in them, thus, testing its logic (by tools like Jest) makes sense. This is part of the Unit Testing, but the name sounds too ambiguous, as explained before.

Rather than intensively testing logic, it is wiser not to bring and develop complex rules to the frontend development in the first place. Only acceptable are presentation logics, and backends should handle all complicated logic for the applications.

I put this testing to the lowest priority but it depends on project goals. In my case, stylings are more robust under the scoped-component development with React/Vue and the Inverted Triangle CSS architecture.

In large projects, developers are encouraged to collaboratively work with UI designers and exchange opinions about component and page stylings with tools like Storybook.

I emphasized the following points in this article:

I hope this article was helpful to other developers!

Array of Object Manipulation in JavaScript

Once suspended, hiroyone will not be able to comment or publish posts until their suspension is removed.

Once unsuspended, hiroyone will be able to comment and publish posts again.

Once unpublished, all posts by hiroyone will become hidden and only accessible to themselves.

If hiroyone is not suspended, they can still re-publish their posts from their dashboard.

Once unpublished, this post will become invisible to the public and only accessible to hiroyone.