Test automation frameworks such as pytest are very powerful in automating tests when used along with the Selenium, the test results generated by these tests can become more insightful when you combine testing with reporting feature supported by the test framework.

The primary advantage of the report feature is that the output gets generated in a simpler & readable format, mostly in the form of HTML or XML file. Since these file formats are widely used, it makes the task of decoding the output easier. In this article, we have a look at how you can use pytest report generation with Selenium. We will also look at ways to enhance the reporting functionality by making use of LambdaTest APIs for Selenium.

Before taking a deep dive into pytest report generation, it is important to understand the relevance of generating Selenium reports in the context of a web development project/product.

When a tester performs the test execution, the test results along with necessary important information (like test cases passed, release on which test was performed, details about input arguments, detailed information about failure scenarios, etc.) might be required to be maintained for future reference. This can be preserved in a popular format (HTML, XML, etc.) in the form of Selenium reports making it easy to track the code maturity over a period of time.

Whether it is pytest report generation or Selenium reports for any other kind of test automation framework, integrating a module that supports the generation of Selenium reports e.g. pytest-html for pytest report generation is a simple task. All you have to do is install the module and import the same in your test code. If you are using command line parameters to execute the test code, generating reports is just an addition of a couple of parameters e.g. –html=pytest_selenium_test_report.html in pytest.

There might be scenarios where you would like to store the results of the UI tests and Selenium reports are the easiest way in which you can save this information.

Majority of the Selenium reports module e.g. pytest-html used for pytest report generation can be seamlessly integrated into your CI/CD (Continuous Integration/Continuous Delivery) process tools such as Jenkins, CircleCI. Hence, you do not any specialized changes in your build & integration process.

Pytest report generation for your Selenium scripts can work like magic in terms of saving you the time & an effort by maintaining data in an organized way, so it’s easy to visualize & comprehend where and when your scripts are failing.

Though there are different mechanisms to generate Selenium reports in pytest, pytest-html is the most preferred option for pytest report generation. The pytest-html module was initially a sub-part of the pytest-mozwebqa module which later on was made a separate plugin/module which had the sole purpose of generating Selenium reports (an alternative to JUnit report or console output).

If you are new to pytest, then I would recommend you have a look at one of my previous articles to help you run your first automation script using pytest with Selenium WebDriver.

With that said, let’s get started with pytest report generation using pytest-html. Execute the below command on terminal for installing the pytest-html module.

Below is a snapshot of the command in execution.

For implementation purposes, we are making use of the Community version of the PyCharm IDE which can be downloaded from here. In order to demonstrate the usage of pytest-html for generating Selenium reports, we have a look at a pytest example which makes of pytest fixtures, & Selenium Webdriver.

As seen in the above example, the URL under test https://www.lambdatest.com is opened in the Chrome & Firefox browser. You can also observe, the pytest-html module is imported to enable the reporting functionality. You can make use of the following command to execute the same.

The results of execution are below.

Below is the HTML report that contains information about the tests & their results.

The appearance of the report can be changed by passing Cascaded Style Sheets (CSS) options using the –css option. Since multiple CSS settings can be applied, they would be applied in the order in which the options are received.

If you plan to add more details to the HTML report, you can do the same by creating extra list on the report object. Listed below are some of the options that can be used for adding more informative content in the pytest Selenium report.

While inputting the image path, you can make use of a relative path as well as an absolute path. You can also modify the results table to improve the readability or to add more information. You may refer

https://pypi.org/project/pytest-html/ for a detailed procedure on modifying the results table.

One shortcoming that every web development project/product witness during the cross browser testing phase is the extent of testing that can be performed on different types & versions of browsers(Firefox, Internet Explorer, Microsoft Edge, Chrome, etc.). Things become more complicated when you add the extra combination of operating systems(Windows, Linux, macOS, iOS, Android, etc.) and various devices i.e. mobile, desktop, tablets. Rather than attempting to scale your existing infrastructure to fulfill the demands of the test team, it is recommended to perform cross browser testing on the cloud. The primary advantage of such an approach is that it is more scalable & economical than setting up local infrastructure. Also, you can speed up the automated cross browser testing process can be improved by making use of Parallel testing in Selenium. 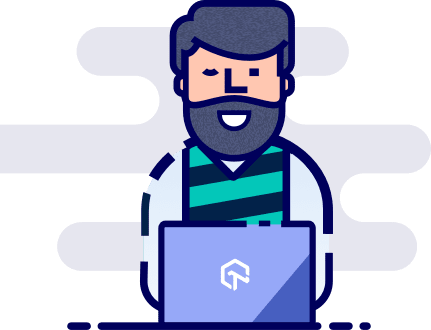 During the product development & testing phase, you may want to verify the features on different browsers and having the test execution results on the cloud makes tracking easier. Hence you can easily keep a track of the test analytics & test results and share with your team members as well.

LambdaTest has provided Selenium API that addresses all these concerns and using that API, you can manage your test builds, test sessions, track test analytics, fetch logs, fetch the screenshots for every test, etc directly from their platform to your preferred storage facility, even without logging into your LambdaTest account. It provides a file in the JSON format which contains syntax for every browser and the corresponding browser version along with the operating system on which the tests are performed.

In order to use the API, all you need to do is append the corresponding end-point to the end of the Computed URL and issue a GET/POST. For example, you can make use of “/builds” to get details of every build performed in that particular account. The computed URL would be:

To get information about the number of test sessions. Computed URL:

You can even check the information at a session level using the session-id to get information related to a particular session. Computed URL:

Refer to our blog on LambdaTest Selenium API for more details related to all the end-points that can be used along with the LambdaTest API.

LambdaTest API helps you to extract, and analyze your Selenium test reports with as granular detail as you want.

Now that you have knowledge about the supported endpoints, let’s have a look at how these can be used in the right way for pytest report generation using LambdaTest. To get started, you have to login to API reference document with your LambdaTest username and access key. You can find these details from LambdaTest Automation Dashboard by clicking the key icon.

Once you have your user-name & access key handy, you need to authorize the Lambdatest API using those credentials. Once you authorize, GET, POST, etc. requests can be triggered using the API. You can access details about the Builds, Sessions, and Tunnels that are used during the automated cross browser testing process using the Selenium Grid.

For example, there are a couple of automated tests that we had performed, details of which can be viewed by clicking the Automation tab on the left-navigation panel on LambdaTest and visiting the Timeline.

For demonstration, we select a particular build e.g. BuildID = 11254 for using the automation API. The Computed URL is of the below format:

We initially post the existing source code for executing it on the Selenium Grid on LambdaTest. Important Note: You will have to replace the user_name and app_key with the username & access key which as stated above, are present in the Automation Dashboard.

In order to demonstrate the LambdaTest APIs, we extract the information about the first 10 builds with the status as Completed, Timeout, and Error. For this purpose, we make use of “/builds” API. We perform the following steps to achieve our target

Below is a screenshot of the execution. As seen below, we have received Response as 200 two requests:

This indicates that the operation was successful.

In order to verify whether the Update Build Name operation for Build_ID 11254 was successful, we jump into Automation Logs of LambdaTest and checked the status i.e.

Selenium reports, if used effectively can be of great help to keep a check on the overall test activities and their results. For pytest report generation, we can make use of pytest-html module for cross browser testing with Selenium Grid. Information presented in the Selenium reports can be enhanced by making use of LambdaTest APIs which provides you minute details about build/session/tunnels for your Selenium automation scripts performed on LambdaTest server.

Based on your requirements, you can export this information in the HTML report and simplify your entire browser compatibility testing process. Using LambdaTest APIs, you can reduce the time involved in automation testing, cross browser testing, and maintenance of test reports that carry relevant information about software builds/releases.

I am an engineer with 15+ years of experience. Worked with multi-national companies as well as startups. Also an avid blogger on technology.

Which Java code style should you use?

Why Java is the best Programming language to Learn Coding for beginners?