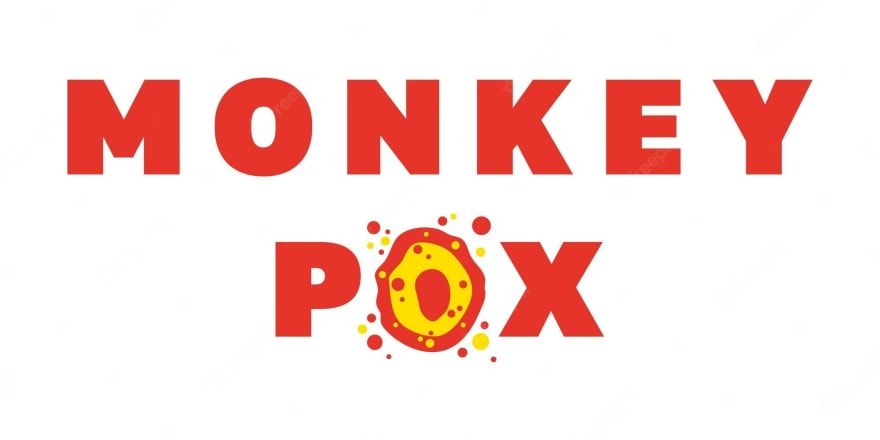 MonkeyPox is a viral zoonosis (a virus transmitted to humans from animals). Animal host include rodents and non human pirates. The MonkeyPox virus was first discovered in 1970 in Democratic Republic of Congo.
In May 2022, multiple cases of the virus was identified in several countries across the world.

In this project, I carried out data analysis on the viral disease, using Microsoft Excel.

Data cleaning, analysis, exploration and visualization was done using just Microsoft Excel.
This analysis shows trends and patterns of the disease in 2022 , it also provides answers to some very important questions.

The dataset for this project was gotten from kaggle.com
The dataset contains thirty six columns and over twenty-five thousand rows. Records in the dataset include; Date of confirmation, status, city, country, gender, age, symptoms, and so many more.
Here is what the dataset looks like: 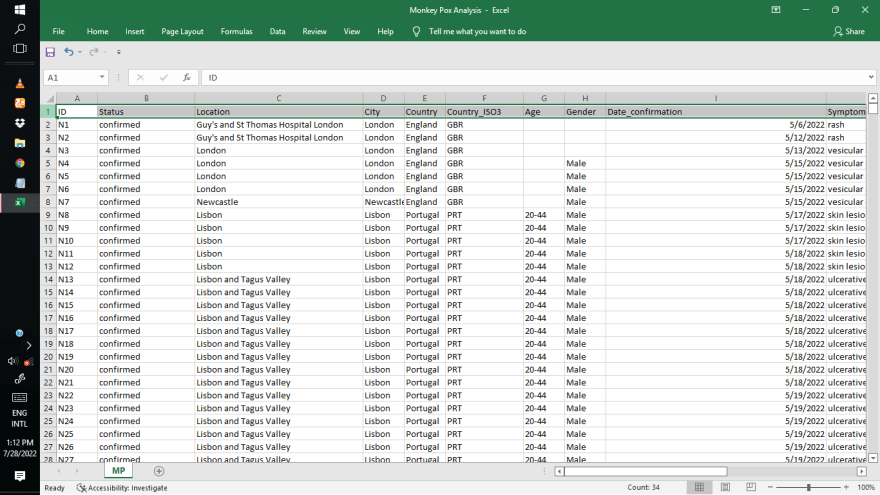 The dataset had no outliers, errors, duplicate, missing rows and columns, so the data cleaning process was a walk through. 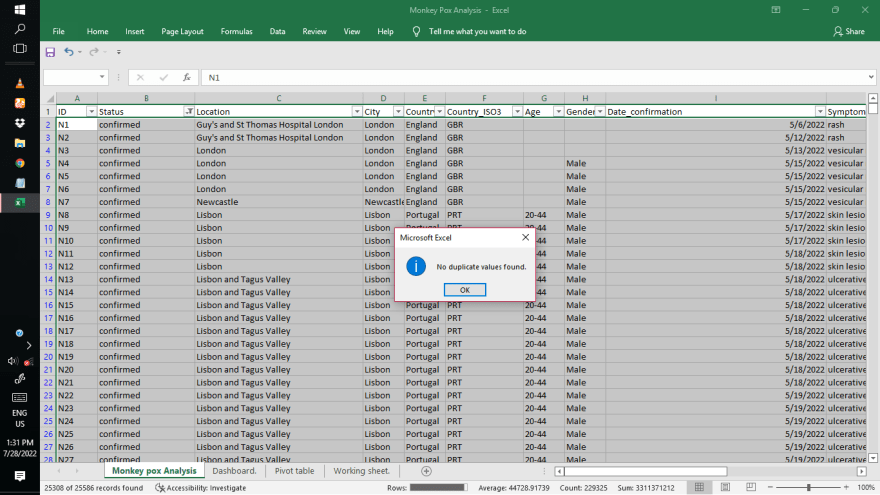 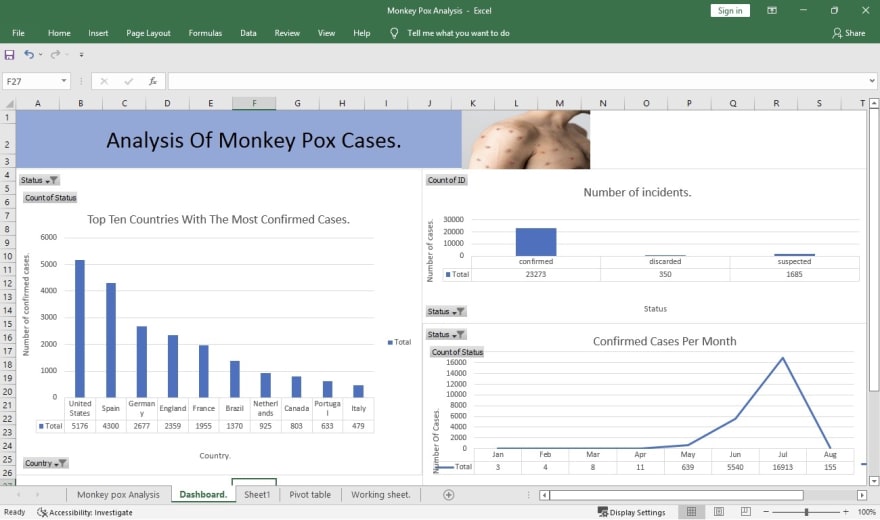 An overview of the dashboard shows the most important information gotten from the dataset, which include; total number of confirmed cases, countries with the most confirmed cases and the pattern of the spread of the disease in 2022. 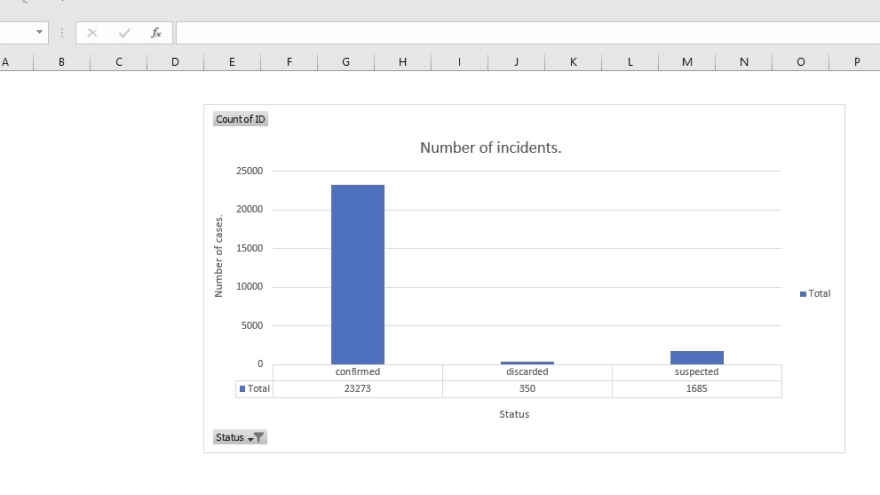 2.Countries with Most Confirmed Cases. 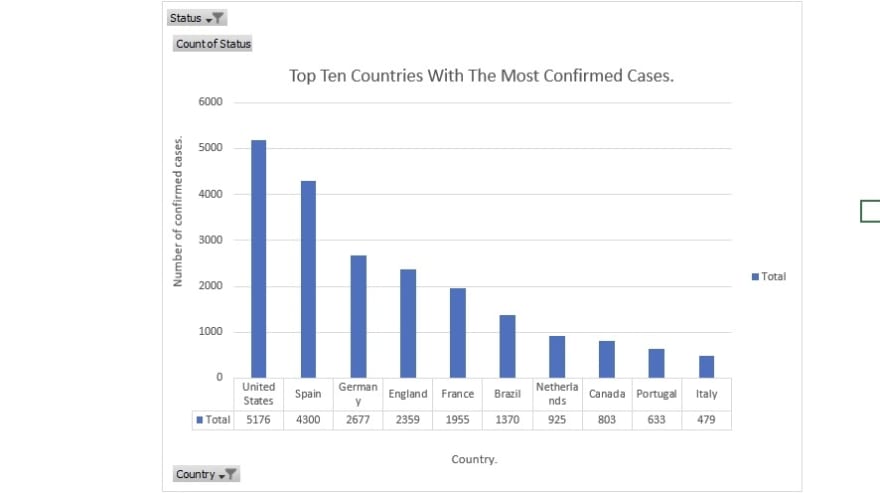 Much to my surprise, The United States of America and Central European countries have had the most confirmed cases of MonkeyPox in 2022. 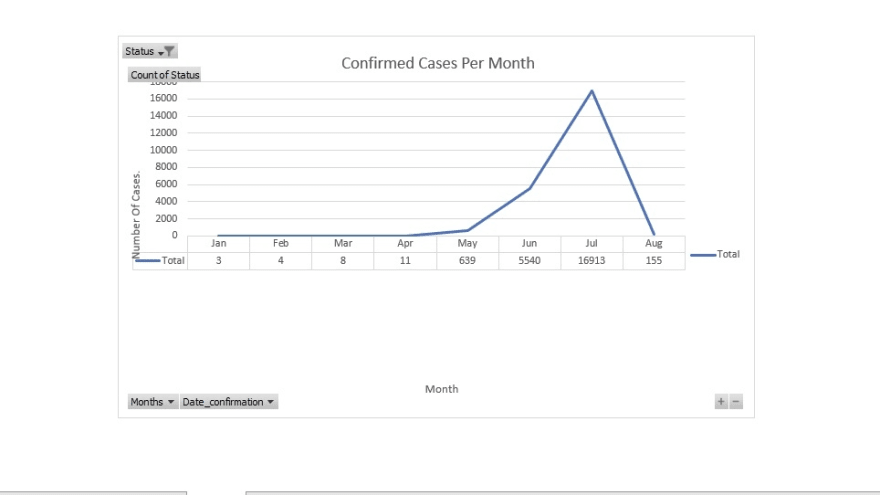 The disease caught the media attention in May 2022, and has garnered lot of publicity since then.
Analysis done on this dataset shows the gradual trend of the disease since January 2022 till August.
*****

Comments and suggestions, please do send me a mail: heyfunmi@gmail.com

Once suspended, heyfunmi will not be able to comment or publish posts until their suspension is removed.

Once unsuspended, heyfunmi will be able to comment and publish posts again.

Once unpublished, all posts by heyfunmi will become hidden and only accessible to themselves.

If heyfunmi is not suspended, they can still re-publish their posts from their dashboard.

Once unpublished, this post will become invisible to the public and only accessible to Oluwafunmilola Obisesan .

Thanks for keeping DEV Community 👩‍💻👨‍💻 safe. Here is what you can do to flag heyfunmi:

Unflagging heyfunmi will restore default visibility to their posts.