This post is a sequel to my post 'Programming for bloody Beginners' and will give you an overview on types of programming languages, their purposes and finally how to chose the language to learn. 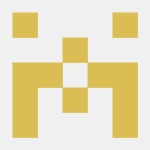 On Wikipedia you can find a list with several hundred programming languages. Some of them you may have heard of, others have funny names like 'Brainfuck' and probably the most ones are completely unknown to you.

But what is the difference between all these languages?

You need to know that there are basically two kinds of programming languages. These are compiled languages and interpreted languages. Before you can run a program written in a compiled language you have to compile the program. That means that the human readable source code of your program gets translated to machine code, which your computer can understand. We call this machine code the executable (e.g. an .exe file on Windows systems).

On the other hand an interpreted language requires an additional program to execute your code on your computer. This program is called the interpreter. The interpreter reads the program code and executes its statements.

So why do these two kinds of programming languages exist?

Both types have their advantages and disadvantages.

Programs written in a compiled language have to be compiled for each targeted computer platform (e.g. for Windows, macOS and Linux). That is because of the different file formats being used for executables on these platforms. It may also be necessary to compile the program dependent on the targeted hardware (e.g. a x86 CPU in your laptop requires another executable than the ARM CPU in your phone). So the distribution of our program may become complicated. But when we have mastered this complexity, we gain an incredible performance of our program. And typically you do not target all platforms and hardware configurations as you write your program to solve a certain problem, which may only exist on a certain platform.

So when we exactly know the execution environment of our program, we should chose a compiled language to have the best performance available.

For interpreted languages someone has already taken the efforts to compile the interpreter for many different platforms and you only have to distribute your source code file. But the process of reading and interpreting the file on every program execution can not be as fast as a compiled program. While due to some optimizations in the interpreter you won't notice much difference during the normal program usage, you will at least notice a difference during the program startup. This is when the interpreter has to read all your program code, a step which is not necessary for a compiled program.

You don't know on which platform your program will be used or you want to target a broad audience? And interpreted language is the right choice for you.

There wouldn't be as many languages today if programmers only had to chose between a compiled or interpreted language. Another important difference between language is the type system. You can basically distinguish between two type systems: type-safe and weakly typed.

In a type-safe language your variables, function parameters and return values are declared with a certain type. This helps the computer to run the program with efficient memory management. And with type-safety you are less prone to certain kinds of software bugs. But its another feature which adds complexity. You need to know the range of the values you want to store in a variable to chose the correct type. E.g. most languages have different integer types with a different size in memory and thus a different range of integers, which can be stored. Usually integer types are available in 8 bits (called a byte), 16 bits (small), 32 bits (int) and 64 bits (long). In some languages you might also need to declare whether the type is signed (supports negative values) or unsigned (positive values only). As the sign (+ or -) is stored in the left most bit of your variables memory, you lose one bit to store your actual number. The following table shows typical integer types and ranges.

The same goes for floating point numbers (types called float or double) and others. The type-safety often requires conversion between different types, e.g. to compare two values both must be from the same type. In a weakly typed language you can do something like

This actually compares the integer 1 with the string "1", which are differently stored in memory. But a weakly typed language automatically performs a conversion to a common type. In a type-safe language the code would look like this

The function parseInt in this example takes a string parameter and after its conversion it returns an integer, which is then compared with the integer on the left side.

If you want an easy to learn language, you should start with a weakly typed language. But if you are not afraid of complex type systems, go with a type-safe language.

One more feature to check is memory-safety. A memory-safe language takes care of managing all the memory your program requires to run. That means you don't have to care much about the size of your types and data, which you store in memory during the program execution. This makes learning a language very handy. With a memory unsafe language you have to code the memory management on your own. This might be helpful for performance critical programs but in most cases such self coded memory management is prone to security vulnerabilities and requires some experience.

Now we have heard of enough features of a programming language to create a variety of languages. Here are some examples of popular languages and which features they use.

PHP is my current language of choice for web projects. It is an interpreted language and the interpreter is available on almost any platform. It is typically used in server-side applications. PHP is weakly typed, memory-safe and supports procedural programming style as well as object oriented code. With newer versions the PHP community enforces more type safety within the language.

Java is my preferred language for client-side applications. It's kind of a hybrid language as the code is compiled but it still requires a host application to run the program (that is called the JVM - Java Virtual Machine). So you can compile your application once and run it everywhere where a JVM is available (almost anywhere). Java is type- and memory-safe and strictly object oriented. The JVM abstracts system specific behavior, therefore Java is well suited for platform independent applications.

JavaScript has no relation to Java. As you can guess from the name, it is a scripting language. You are currently using the default JavaScript interpreter of any desktop system, your web browser. So all you need to get started writing a "Hello World" application in JavaScript is a text editor and your web browser. It is a weakly typed memory-safe language and supports different programming paradigms, including procedural, functional and object oriented.

C is a compiled language, which is memory-unsafe and type-safe. If you want to write applications for normal users with a graphical user interface, you typically won't choose C. But if you want to develop hardware drivers or very performance critical algorithms, C is the language of your choice. It's a procedural language and has an object oriented descendant called C++.

This post should give you an overview about basic differences between programming languages and hopefully you are now able to pick a language to learn.

5 Cool React Libraries You Should Know [not the usual one's]

What you can build with JavaScript