Angular v15 will be released pretty soon, and it's coming with a very nice feature called Directive Composition API.

The Directive Composition API allows us to compose directives into components and other directives.

Let's see how to use this property.

The example below shows a directive called BoxDirective, that sets some styles to the AppComponent using the Composition API: 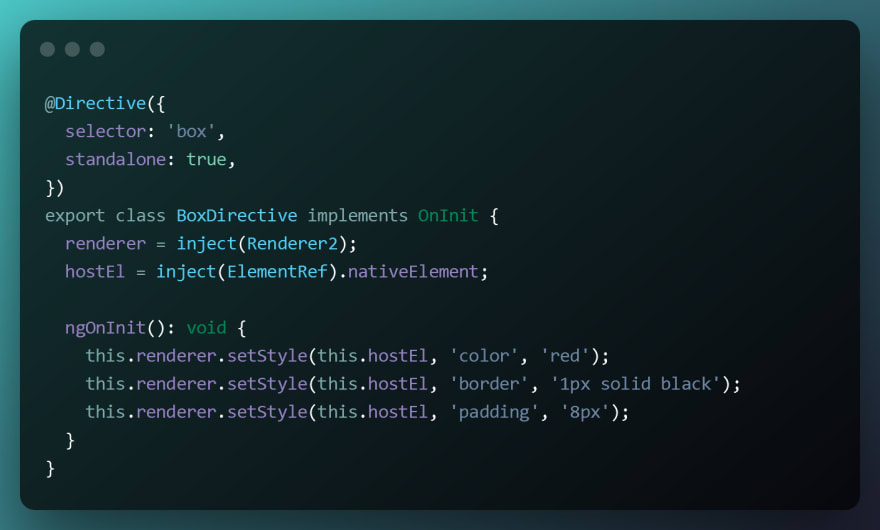 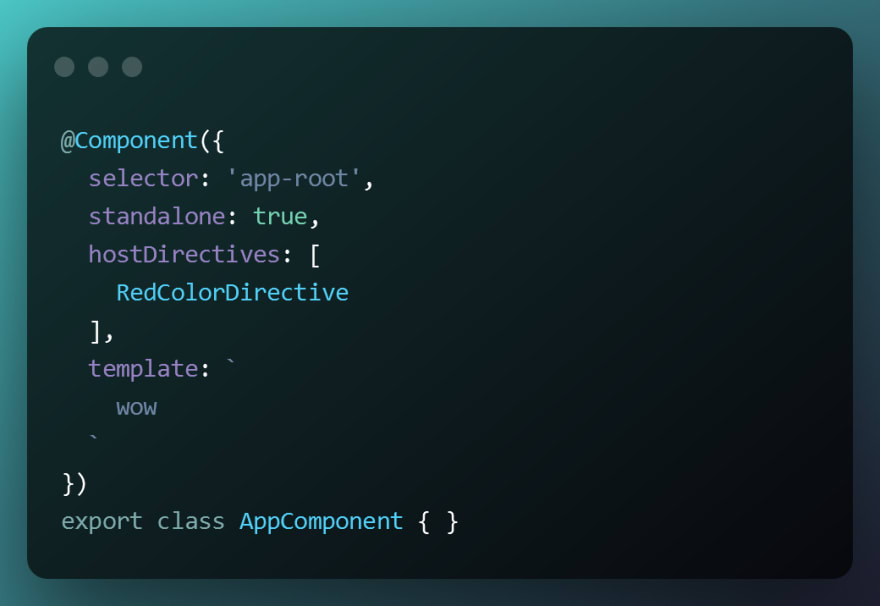 We can use this new API to reuse a lot of code. It's amazing.

When adding Inputs and Outputs to a directive, we need to expose those to the component to be able to use them. There are the input and output in the hostDirectives property because of it.

The following example adds an Input property to the BoxDirective. 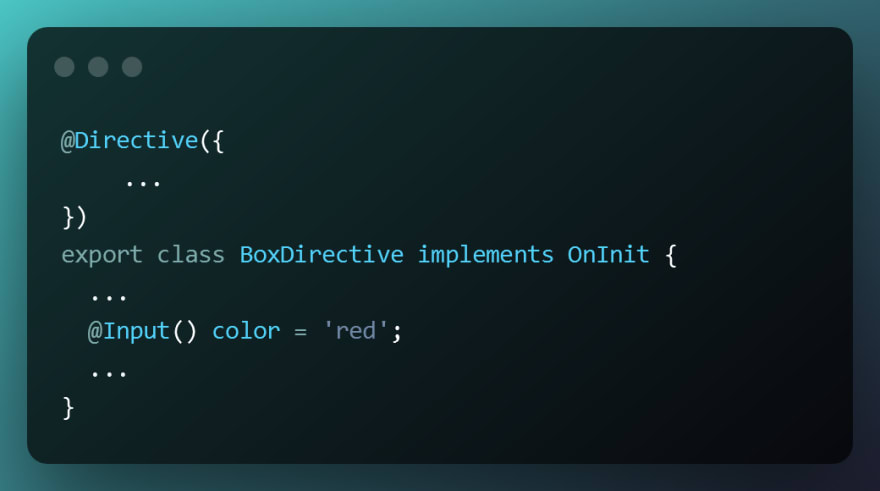 And we'll add the color input to the inputs array to expose it to the component. 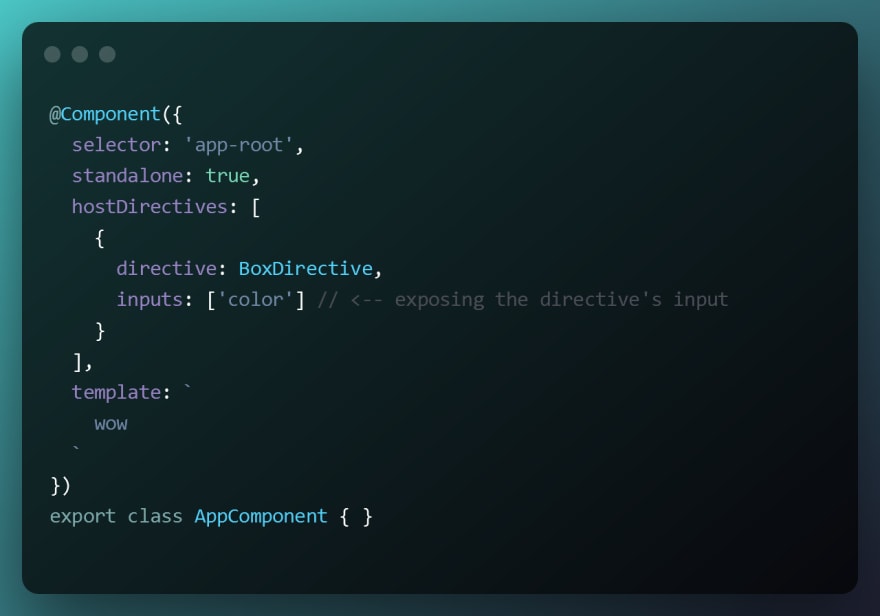 That way we can set a color to the BoxDirective

It's possible to rename the exposed input's name - generally useful when we have directives' inputs with the same name. 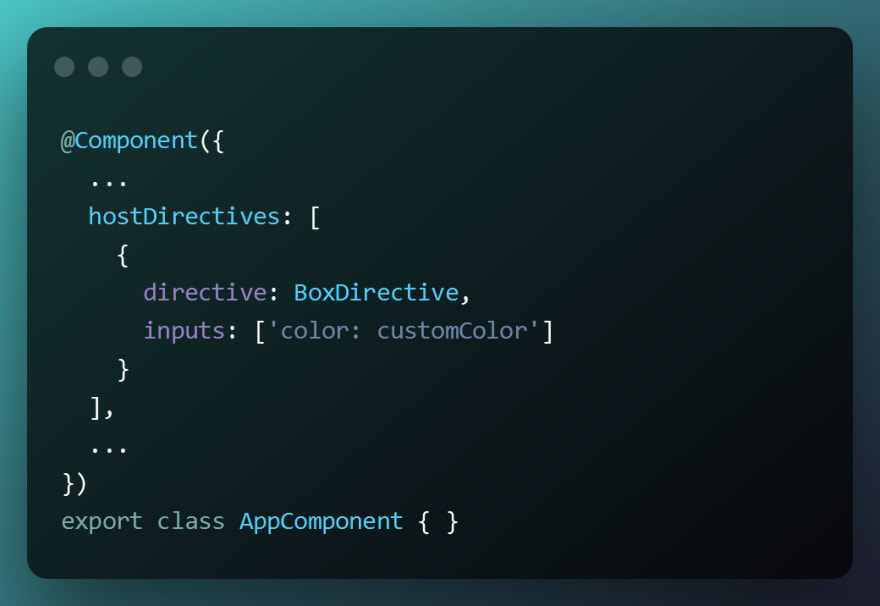 To expose outputs as easily as with inputs. But there's a property called outputs specifically for it. 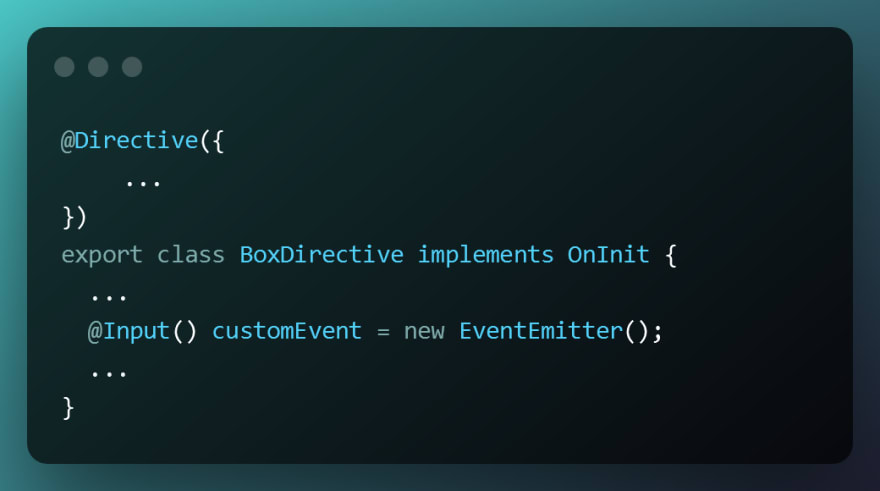 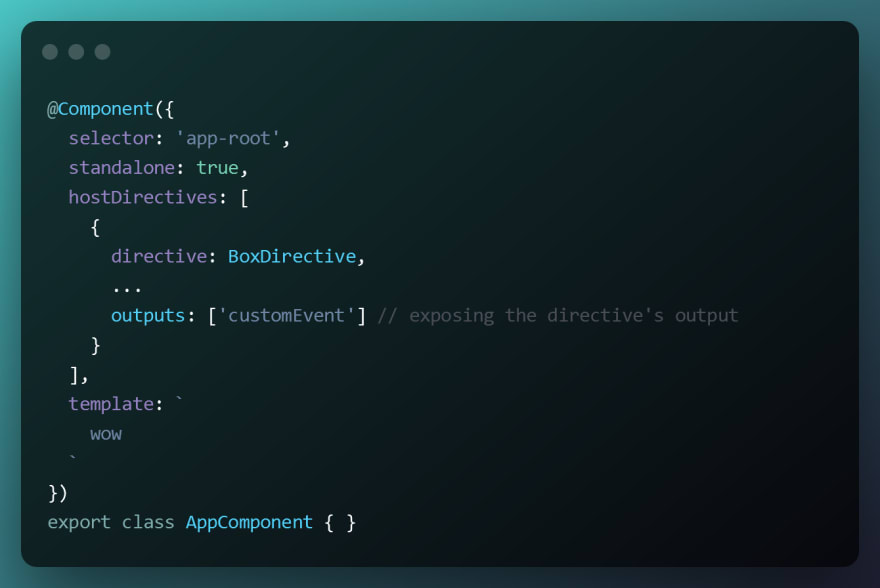 In the same way as inputs, it's possible to rename the output's name. 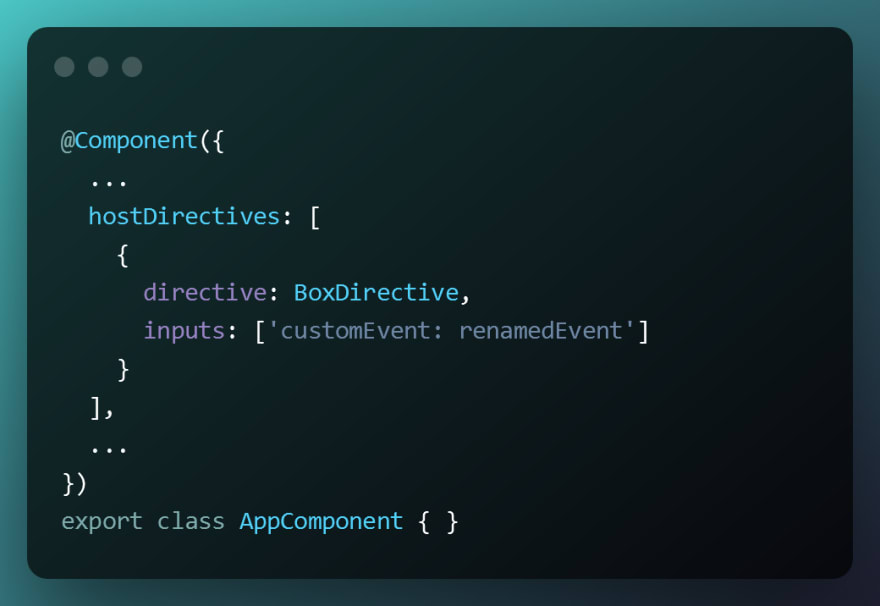 The following code creates a timer component that uses an interval operator to log an incremental number every second. To avoid memory leaks, it's a good practice to remove observable subscriptions when a component has been destroyed. The OnDestroyDirective will remove the interval subscription automatically after the timer component is destroyed. 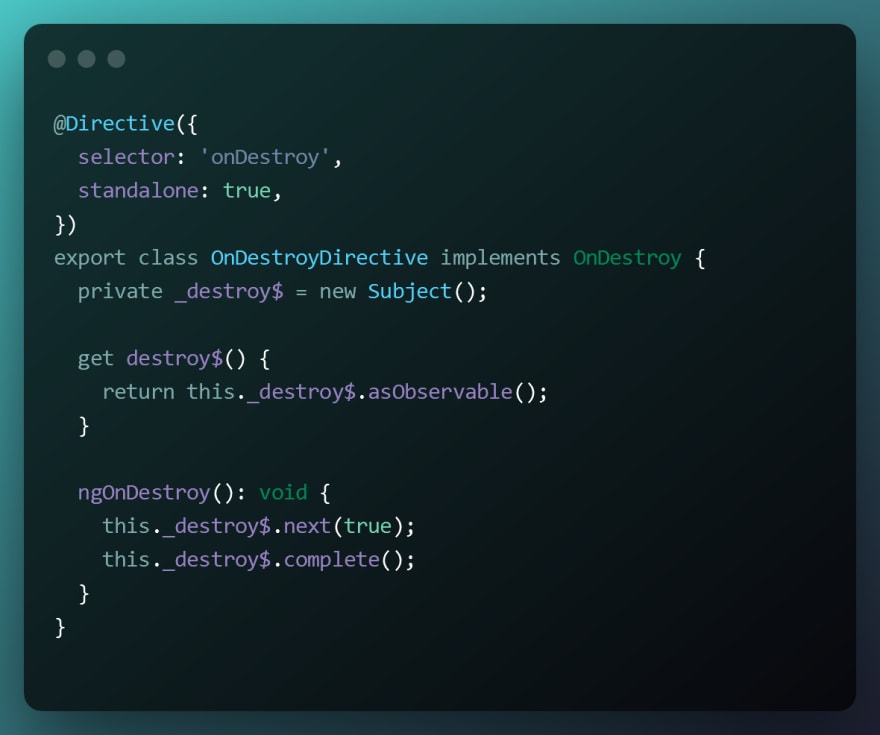 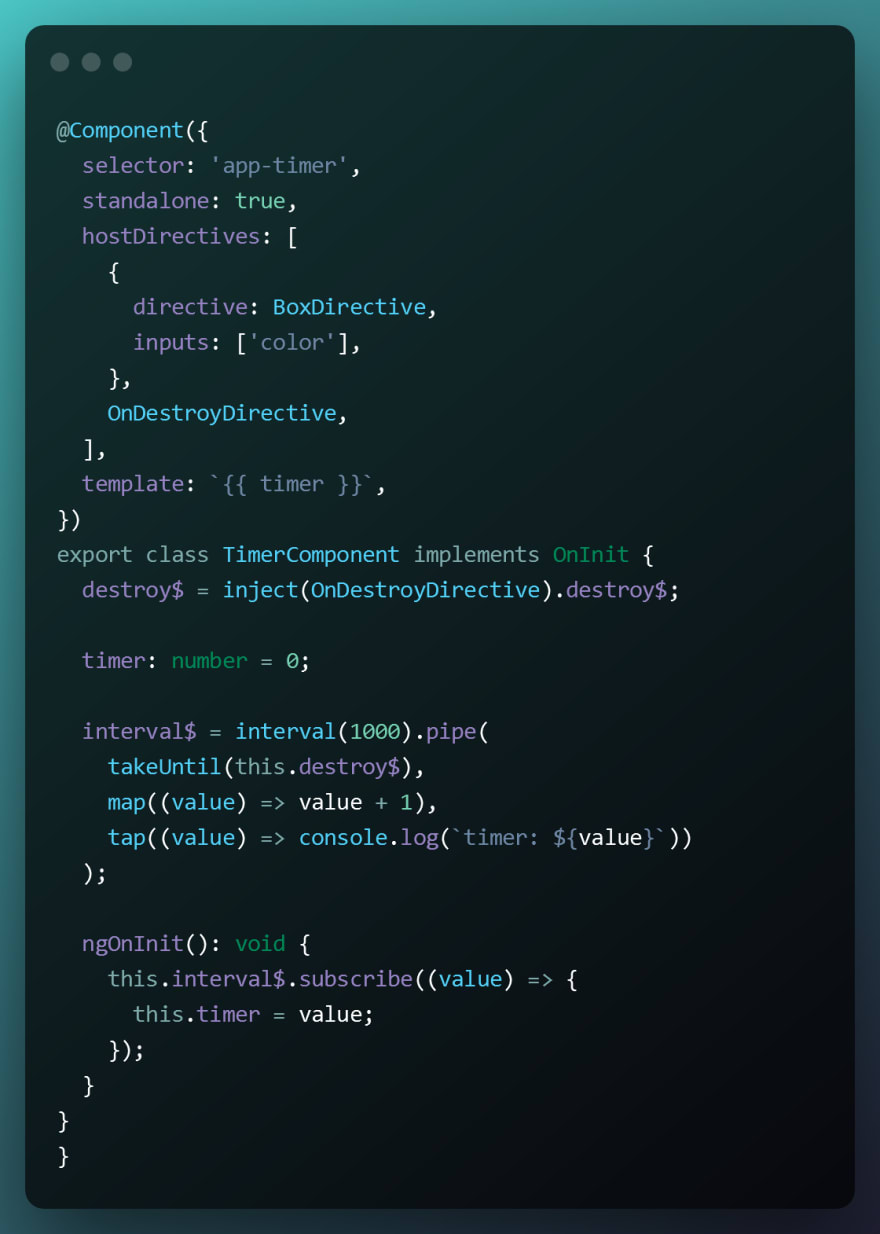 You can check out the code of this post here.

I've spent some time writing this post, then, I hope that you enjoyed it!

Thank you for the reading. 😄

Once suspended, henriquecustodia will not be able to comment or publish posts until their suspension is removed.

Once unsuspended, henriquecustodia will be able to comment and publish posts again.

Once unpublished, all posts by henriquecustodia will become hidden and only accessible to themselves.

If henriquecustodia is not suspended, they can still re-publish their posts from their dashboard.

Once unpublished, this post will become invisible to the public and only accessible to Henrique Custódia.

Thanks for keeping DEV Community 👩‍💻👨‍💻 safe. Here is what you can do to flag henriquecustodia:

Unflagging henriquecustodia will restore default visibility to their posts.