I use a shell every day. Almost always, I want to repeat a previous command, or repeat it after a slight modification. A very convenient way is to use arrow-up to get the most recent command back. Another common trick is to type ctrl-r and incrementally search for a previously used command. However, there are two other tricks for repeating previous commands that I use all the time, which are not as well known. 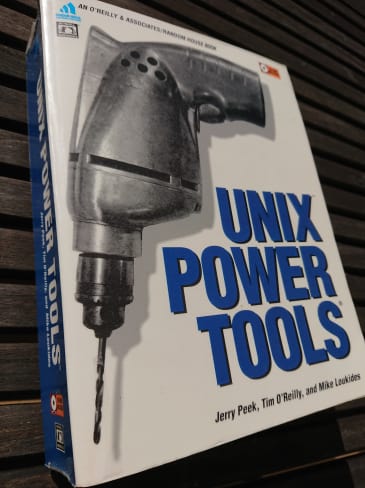 I find that I quite often want to run another command on the same argument, and escape-dot is the most convenient way to do that. It also works to use !$ instead of escape-dot, but that is slightly harder to type, so I don’t use that anymore.

Sometimes I know I used a command a while back, but I don’t have a good string for searching with in ctrl-r (or maybe I will find too many unrelated hits in the search before I find the case I want). In this case I use history to get a list of the most recently used commands. Suppose I see the command I want to repeat at position 456 in the list. The !456 will rerun the command.

I like to keep a long history for my shell commands (several thousand entries). To still be able to scroll up in my shell without only seeing history entries, I have created an alias to only show the last 100 items in the list:

So I usually just type his, and get the last 100 commands listed.

I often want to edit what I have on the command-line before running the command (especially if I used arrow-up to get the most recent command). Here is what I use most frequently:

Most people I have worked with use both arrow-up and ctrl-r when repeating commands. However, very few are familiar with escape-dot and repeating commands from the history list. Since I use all four ways very frequently, I thought I would write a post to spread the word.

On the subject of command-line shortcuts, I also have to recommend the book Unix Power Tools. It contains over a thousand pages of well-organized, cross-referenced command-line tips. A fantastic resource for anyone who wants to up their command-line game.

Visualize types of work based on the commits

Four challenges of working from home, and how to overcome them