Lets start off with the simplest possible website setup: 1 web server and 1 database server. (yeah this could have been simpler by running both web service AND database on the same server). 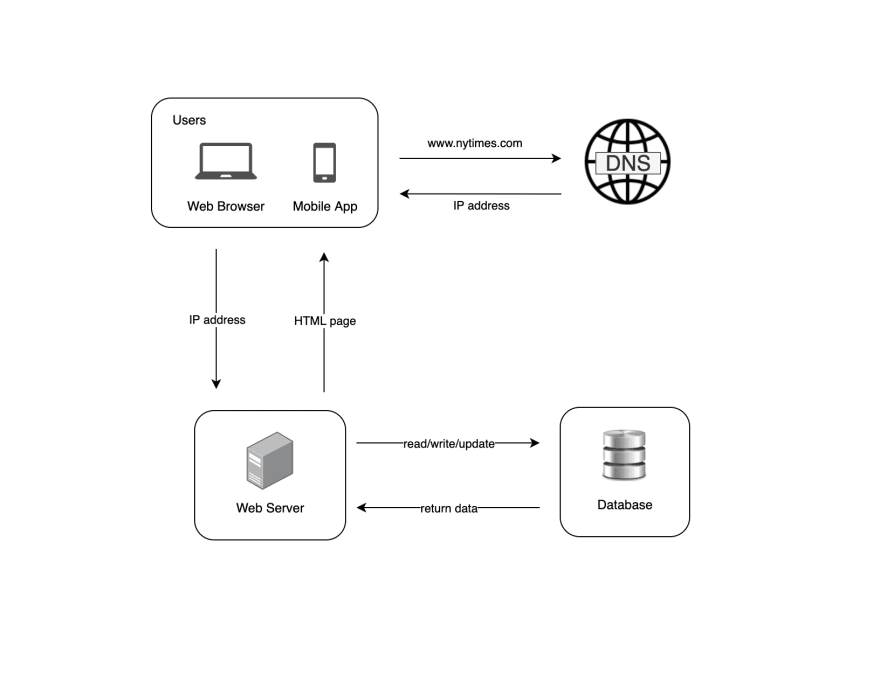 Your choice for database type will probably be a traditional relational database like MySQL, PostgreSQL, or Oracle. These are popular and handle most use cases. These represent data in tables and rows, and supports join operations across multiple tables.

Non-relational databases might be the right choice for you if have the following requirements: 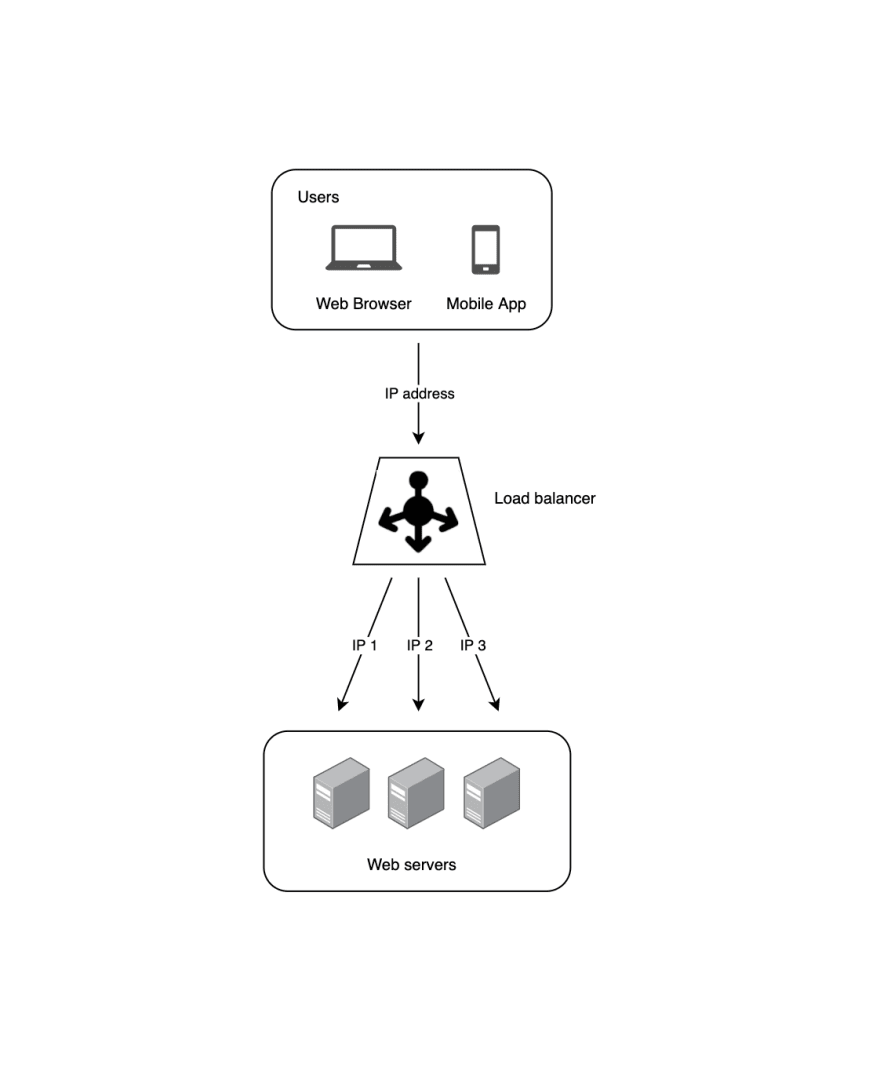 We can use the same principle of horizontal scaling for the database layer. Except not all database servers will have the same responsibility. There will be 'manager' and 'worker' types. The manager server only supports write operations. The worker server gets copies of the data from the manager server and only supports read operations. All operations that make changes (INSERT, DELETE, etc) will be sent to the manager. All read-only operations will be sent to the workers. 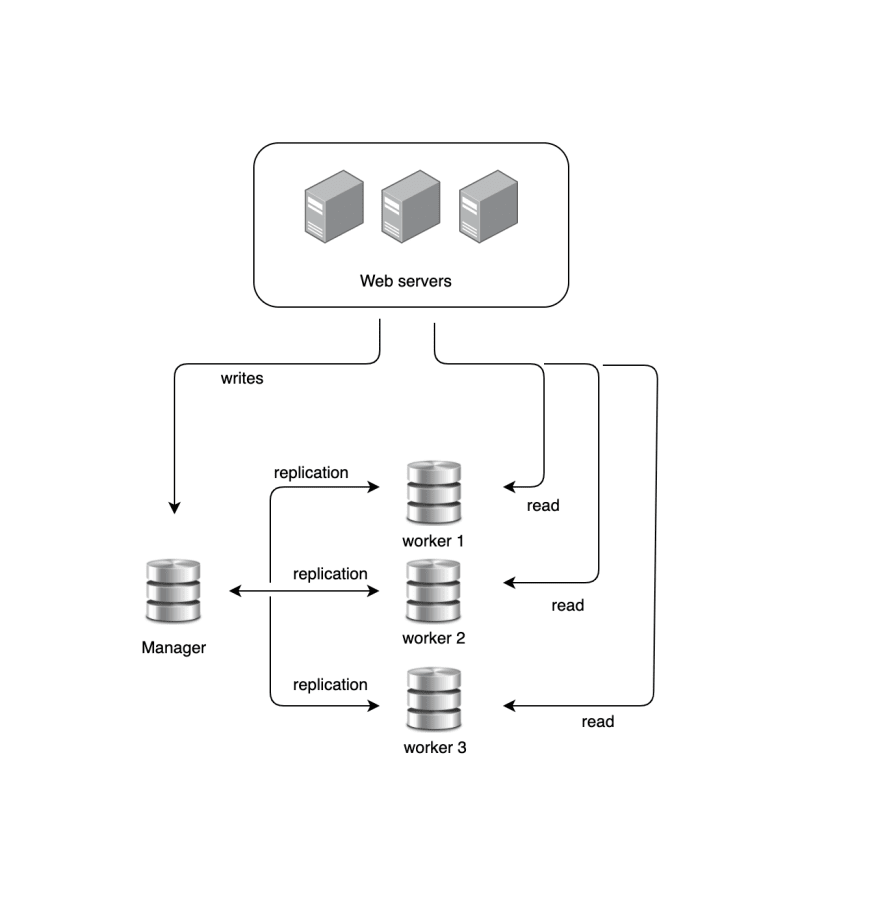 With database replication you gain the following advantages:

Putting It All Together (so far)

Ok, after successfully scaling both web and database layers, lets take a look at what we got so far. 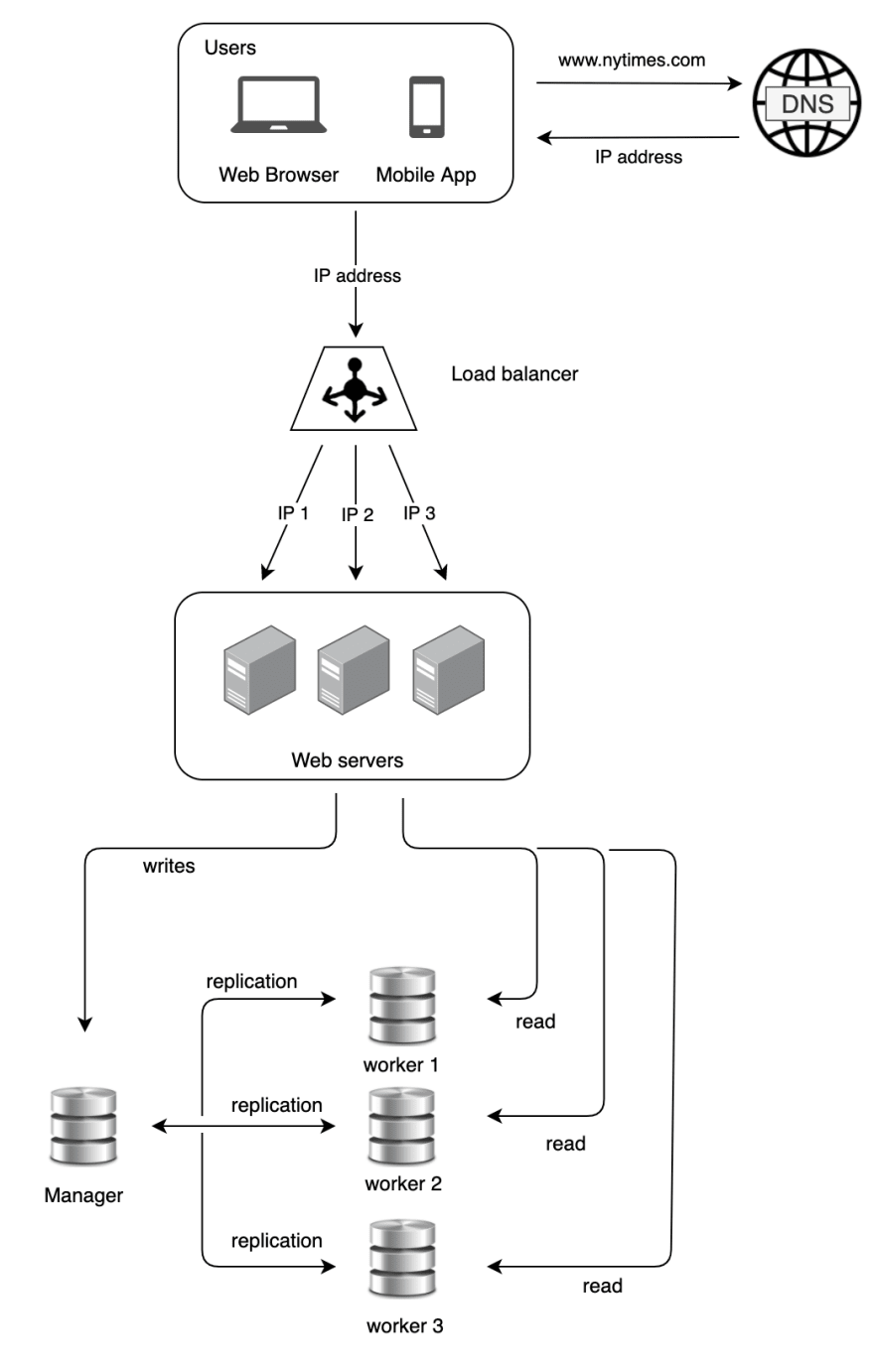 A cache is a temporary storage space that stores database results of frequently accessed data in memory. This way subsequent database requests will fetch the cached results, instead of making a round trip from client to database and back. This caching strategy is called a read-through cache. Below are some considerations when using a cache system.

A CDN is a specific type of cache where static content like images and videos are stored on a network of geographically dispersed servers. A client will make a request for something like an image from the CDN server first, and will only make a request to the web server if the content isn't available on the CDN. Below are some considerations when using a CDN.

The architecture of our website is getting complex. Lets take another look at what our design looks like with a database cache and CDN added. 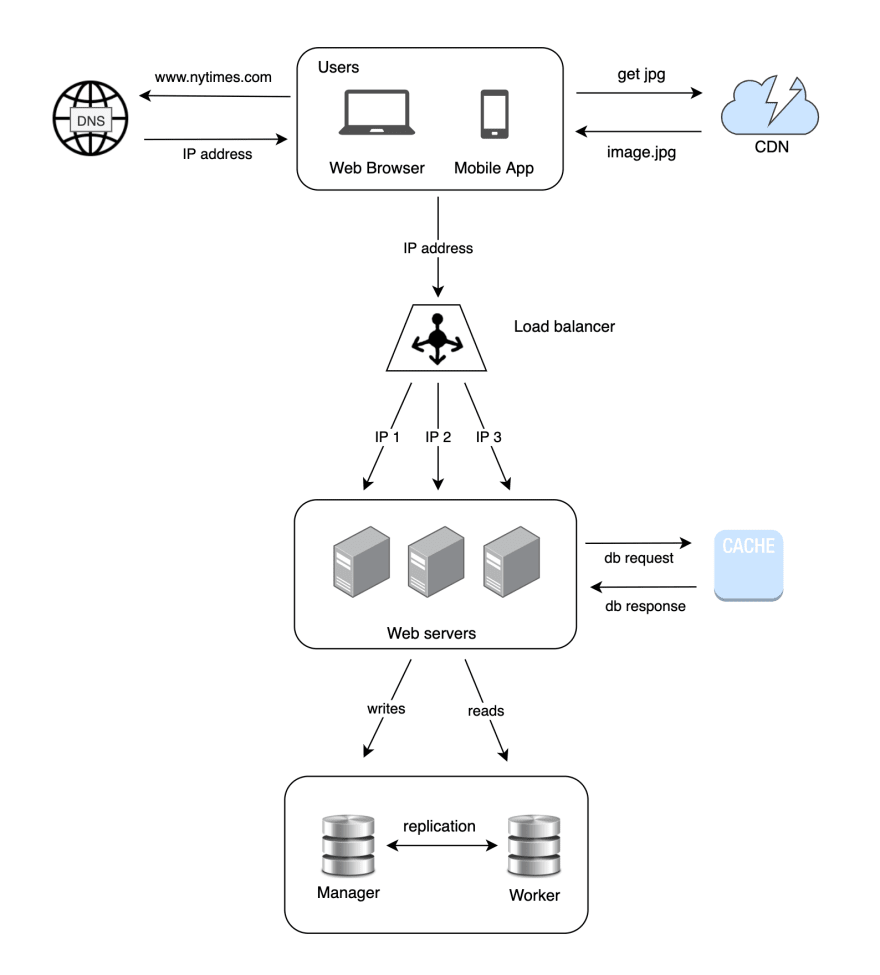 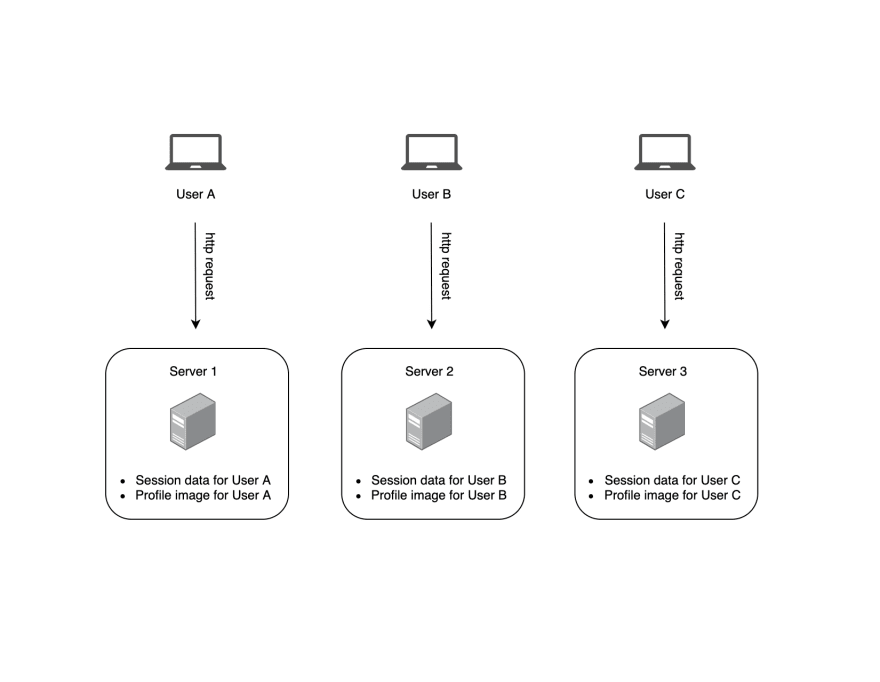 The opposite of the above scenario is a stateless architecture. Where a user's session data is not stored on the web server itself, but a separate persistent storage location like a relational database or s3.

If our website grows at a fast rate and attracts international users, setting up a clone of our core architecture (web + database) in other parts of the world is common practice. A user is then geo-routed to the closest data center. GeoDNS is a DNS service that allows domain names to be resolved to IP addresses based on the geographical location of a user. The relational database that helps us achieve a stateless web layer is not duplicated.

Lets take a look at our architecture now with stateless web servers and multiple data centers. 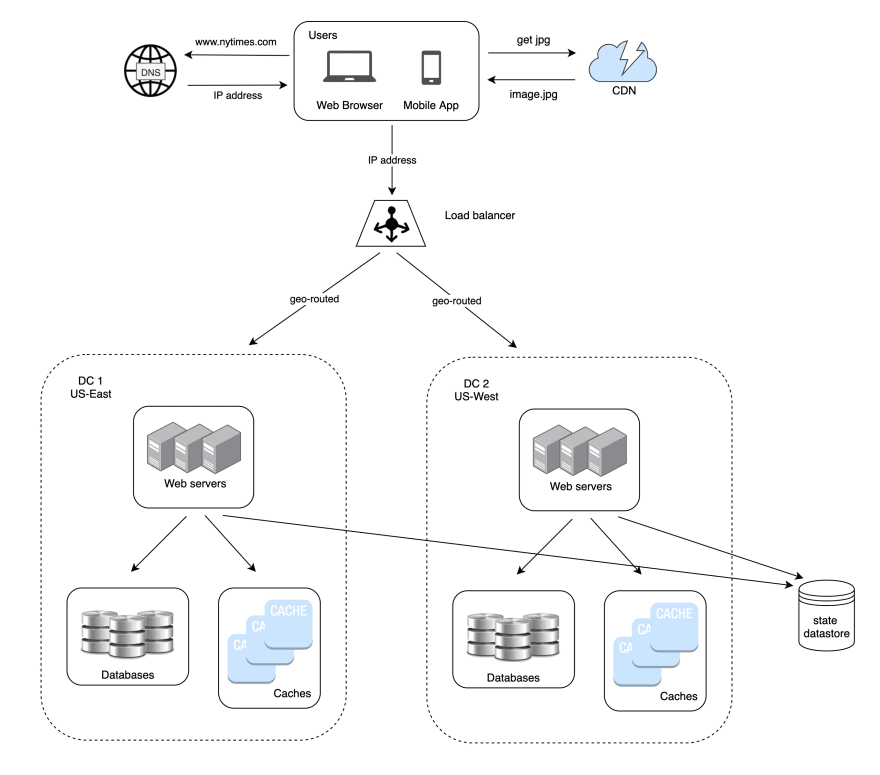 In the above scenario, in the event of a significant data center outage, we can direct all traffic to a healthy datacenter. There are some challenges that we need to address to achieve this multi-datacenter architecture.

A message queue is a software component that decouples two steps of workflow into 'producers' and 'consumers'. Decoupling of components is a preferred architecture for building scalable and reliable applications. The message queue will serve as a buffer and distribute asynchronous requests.

Consider the use case of an application that supports video uploads. Video publishing is not instantaneous. The application will need to preform several steps like cropping, blurring, audio enhancements, and format conversions before it is available to the public. All of these tasks take time to complete. One group of servers act as the producers of video processing tasks, and another group of servers as the consumers of these tasks and will complete the actual work. See illustration below.

As a website's popularity grows adding the necessary infrastructure to support logging, metrics, and automation is essential.

When the amount of data in application no longer fits on one server alone, a common approach is to distribute this data among several servers. Previously we used more than one database server, but one relational table still fit on one server at a time. In this next iteration, we'll essentially split up one table over several servers. Sharding separates large databases into smaller, more easily managed parts called shards. Each shard shares the same schema, though the actual data on each shard is unique to the shard. A hash function is used when accessing data to find the corresponding shard. For this next illustation, we'll use this simple hash function: user_id % 4.

The most important factor to consider when implementing a sharding strategy is the choice of the sharding/parition key. The partition key is one or more table columns that make a unique key that determine how data is distributed. In the illustration below, "user_id" is the partition key. 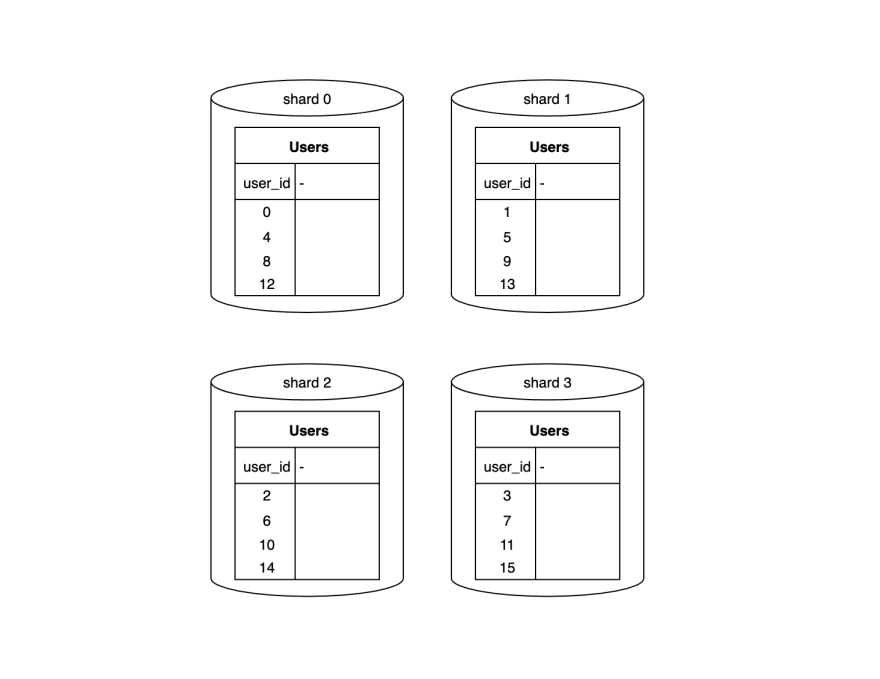 Sharding is a common approach to scaling a database layer. It does come with its own set of challenges: 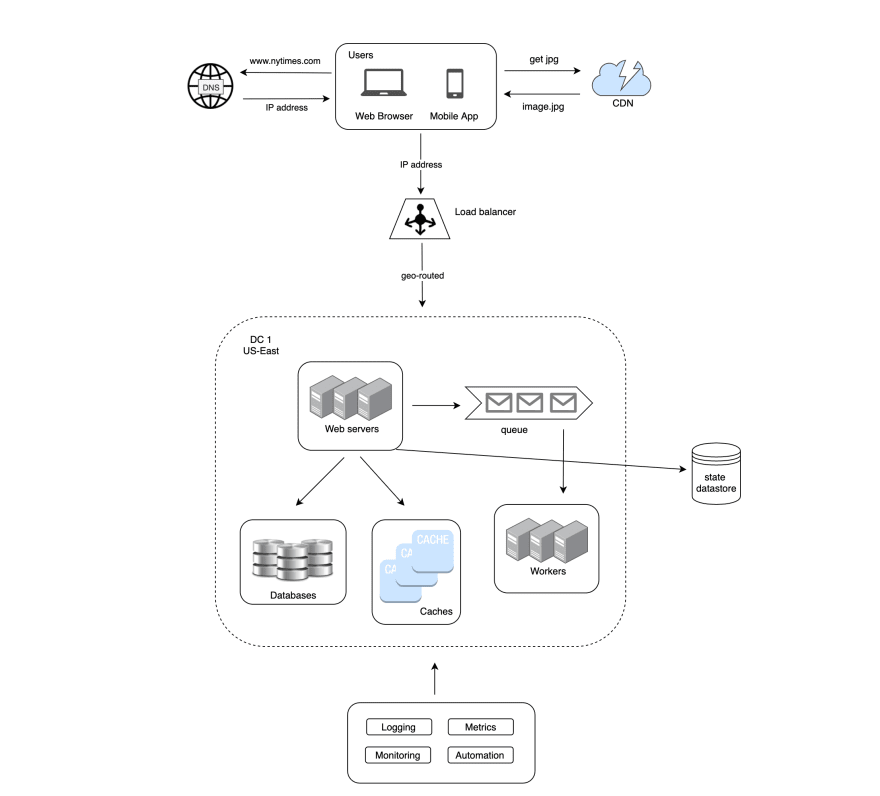 Finally the illustration above shows what the architecture looks like with everything put together. Some parts are condensed.

Throwing around text - Kinetic typography part 3: The Walking Text that follows you 🧟🧟

The Tension of Design and Development