We often find code like this and we do not give it any importance because it is quite common:

Alright, move on, nothing to see here, please disperse.

Then, for instance, the business requirements changes and we also have to check wether its color is equals to Color.GREEN to validate that model, forcing us to look for that if throughout the project to update it, wasting time, making changes to a bunch of files (aka shotgun surgery code smell) and/or breaking something somewhere else.

At the end, we will pray that those requirements will not change again. But they always can change.

The problem here were not the requirements but the design: why are we still asking instead of telling?

What is Tell, don’t ask (TDA) principle about?

Making decisions outside objects violates their encapsulation so instead of asking objects about their state and then making a decision, we should tell objects what to do.

To tell is a command, to ask is a query.

We should stop using the infamous Anemic Domain Model antipattern everywhere and start placing the data and methods that operate on that data in the same place:

By making the changes shown above we have hidden the implementation details, making our code easier to understand and maintain: next time any changes around that model will not affect the rest of our project.

Principles are not laws 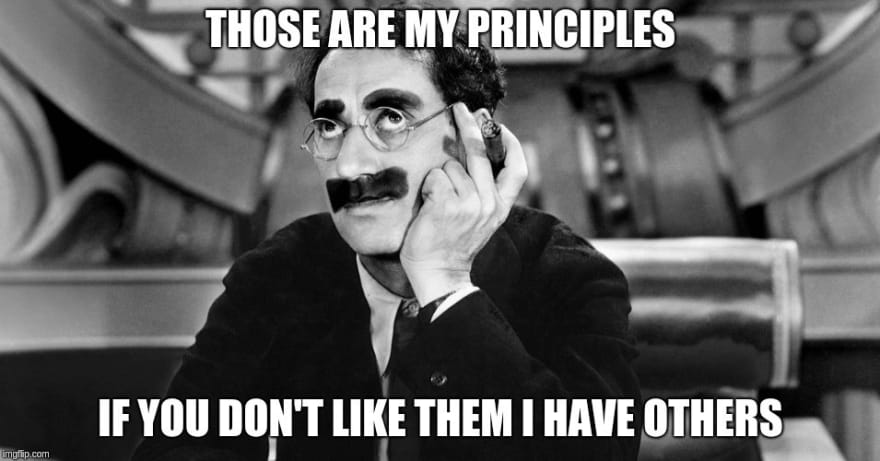 We must always keep encapsulation in mind, but sometimes we have to find a balance between using TDA or not because strictly obeying it as if it were a law has some drawbacks:

Normally related to the TDA principle we often come across the Law of Demeter² (LoD aka “principle of least knowledge”).

LoD can be summed up as “friendship among objects”: objects must be independent and be in touch only with its “closest immediate friends” and “don’t talk to strangers”.

A friend of my friend is…? (According to LoD) NOT my friend³.

Therefore, to achieve this behaviour we must obey this simple rule: any method of an object must only call the methods that belong to:

Although some people boil down this law to “counting dots” (where model.getX().getY().doSomething() is wrong but model.doSomethingXY() is fine for no clear reason…) and tend to use too many wrapper classes (which is the most common outcome when we try to avoid LoD), we should think of LoD more as a design guideline than a law for itself.

Below is an excerpt of code that does not follow LoD (either TDA):

So, to follow a “real world” scenario we should make use of LoD (plus TDA) like this:

Making the connection among objects as loose as possible (“making them a little shy”) will help us to promote flexibility and facilitate code maintenance (thanks to isolation any future changes will not have much impact on our code base) as well as enable us to test them without using lots of chained mocks.

“True friendship isn’t about being inseparable, but about being separated and knowing nothing will changes” —Ted

[1] In case you are curious about the true origin of this quote: https://quoteinvestigator.com/2015/07/23/great-power/
[2] “It is so named for its origin in the Demeter Project, an adaptive programming and aspect-oriented programming effort. The project was named in honor of Demeter” — Wikipedia
[3] “A friend to all is a friend to none.” — Aristotle (who was also Greek)