I remember the early days of using an app to track my runs. I diligently tried out 4-5 apps and then finally settled on one that was the most convenient to measure my run, and clearly displayed the metrics I cared about. Battery consumption is a crucial part of this experience, given that no one wants to lug around a portable battery pack while they are on their run.

However, it’s a no-brainer that there will be some sort of a tax on the smartphone, especially if your user is combining multiple apps and hardware experiences. Most folks who use these live-tracking apps use them in conjunction with their favorite media streaming apps — usually listening to music or a podcast over their headphones (wire or wireless). What’s important for any app developer is to identify and measure how their apps actually take battery and other aspects into account when building a seamless user experience. For example, how can app developers test these on-the-move experiences before they launch new features? How can they continue to track performance post-launch? And how can they do these things without an SDK, please?!?

At HeadSpin, we are constantly thinking of tools and performance insights that developers need to test their apps and games, on real devices anywhere in the world. Innovating upon our on-premise solution, we built the first-of-its-kind portable solution that provides results that accurately depict real-world conditions, be it testing on real devices while driving, commuting between places, or walking/running around pedestrian areas or events. 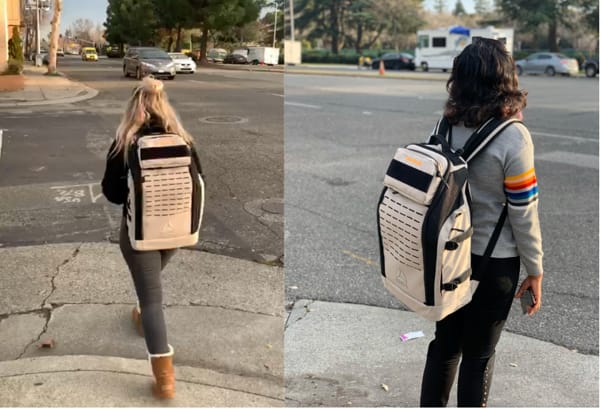 Our sleek AnyWear Mobility Unit is right up there with the best ideas that come in small packages! These ready-to-carry backpacks were a hit at CES 2020 and we are excited to offer them to our customers.

Last week, we took these backpacks on a stroll, around our Palo Alto Office, to test the top Running Apps in the Health & Fitness category. We made two trips under 10 mins each, and covered the exact same route for all the apps. With the HeadSpin AnyWear Mobility Unit, we were able to measure and compare app performance in terms of Net CPU%, Energy Drain% and Memory Usage%.

How is this possible, you ask?

We analyzed the current published versions of the top 8 Running apps in the Health & Fitness category on 4 Android phones in the US.

Upon reviewing performance sessions post-walk, we noticed that all apps more or less captured the total distance accurately — except for Under Armor’s Run With Map My Run. 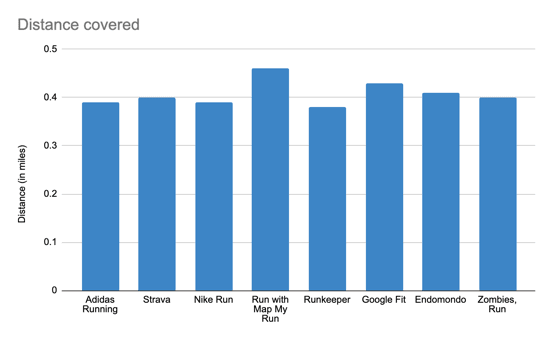 When we analyzed the other crucial performance indicators, we noticed some interesting results:

In terms of Net CPU% the Nike Run Club app consumed the highest CPU usage at 39% while Run with Map My Run was lowest at 28%. 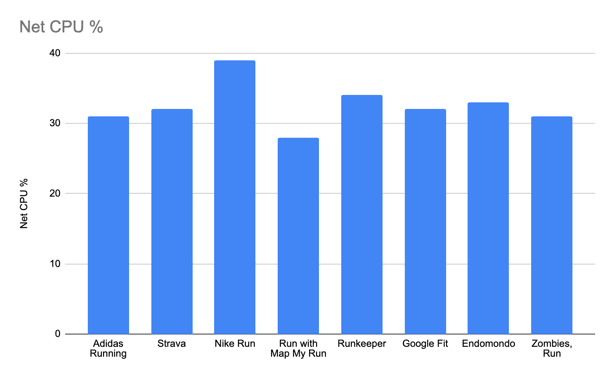 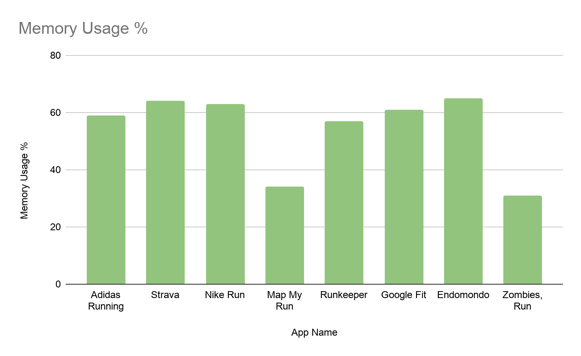 Memory Usage%, all apps are above 50% except for Run with Map My Run, with Endomondo, Strava and the Nike Run Club apps above 60%.

In terms of Energy Drain%, Google Fit consumed the most energy at 3.93% for a <10 min walk around the block. 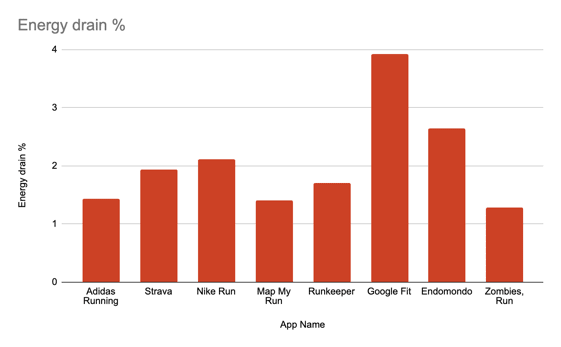 During testing, these apps were the only ones running on the devices, but your typical user is probably running a few apps at the same time when they are on the go, and these numbers are only going to be exacerbated in those instances.
User attrition is a real threat to digital business. In today’s crowded app ecosystem, users can easily move to other, competing apps, and if they are dissatisfied with an app’s mobile performance, they won’t continue to use it over the long run.


This is precisely why developers need a more sophisticated platform to test and monitor the quality of connected experiences. The HeadSpin AnyWear Mobility Unit lets developers test connected devices the way that users experience them — on the go, in real time.

And since performance is always relative, we also offer HeadSpin Benchmark Reports if you are curious to see how other apps perform in comparison with your crucial KPIs.
Are you interested in taking your app or game out for a run and testing how they perform? Reach out to our team here, and we’ll get in touch!


Next up! How does your favorite Music Apps perform on a busy US Highway 101? Stay tuned for our insights!

The post “Personal Trainer” for your mobile apps appeared first on HeadSpin.

Leave breadcrumbs for your fellow devs