In this article we will discover the devops movement step by step, we will talk about the fundamental concepts then we will make a basic pipeline with github actions to deploy an angular 6 app, so let’s go.

Devops is used to remove the conflict between the developers team and the operations team to work together. This conflict is removed by adding a set of best practices, rules and tools. The devops workflow is defined with a set of setps : 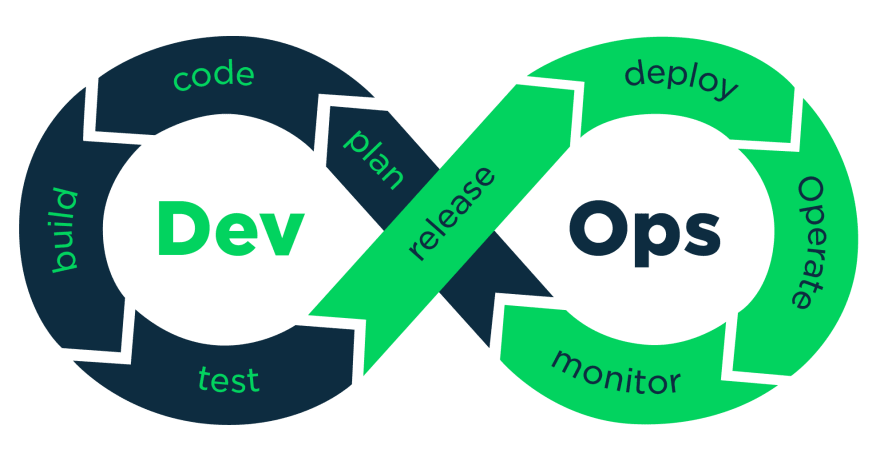 This is the first step, where the team defines the product goals and phases, also defining deadlines and assigning tasks to every team member, this step is the root of the hole workflow. the team uses many methodology like scrum and agile.

After planning, there is the code when the team converts the ideas to code. every task must be coded and merged to the main app, here we use an SCM to organize the collaboration to make a clean code and have a full code history to make a rollback in case of failure.

After coding we push the code to Github or Gitlab ( SCM ) and we make the build, usually we use docker images for packaging. also we can build the code to be a Linux package like deb , rpm … or even zip files , also there is a set of tests like unit tests and integration tests. this phase is critical !

The build was succeeded, no it’s time to deploy the build artifacts to the staging server when we apply a set of manual and automated tests ( UAT ).

it’s the final step for the code work, so we make a release and announce a stable version of our code that is fully functional ! also we can tag it with a version number .

A pre-prod or a production server is the target now, to make our app up and running

It’s all about infrastructure preparation and environment setup with some tools like terraform for IaaC, ansible for configuration management and security stuff configurations …

The performance is very important, so we install and configure some monitoring tools like ELK, nagios and datadog to get all information about the applications like CPU and memory usage …

In this example we will deploy a simple angular app on two environments.

So you must have a VPS and a heroku account to continue with me.
The application repository is here : Github repo.

Preparing the deployment for heroku

Nginx is a popular and powerful web server can be used to serve a large variety of apps based on python, angular and react …

I will go through an optimization process to produce a clean and a lightweight docker container with the best practices as much as i can.

First we will prepare the Dockerfile to be deployed to the heroku cloud,so there is some tricks to make it work smoothly, make sure that you have an account and simply click new to create an app :

Make sure to give a valid name for your app, then go to your accout settings and get your API_KEY that we will use it in the pipeline file:

let’s take a look at the dockerfile of the app:

This Dockerfile is splitted into two stages :

Also make sure to copy the nginx.conf under the /etc/nginx/nginx.conf , you are free to change and modify 😃, but for now i will use the default settings.
The last command is a little bit confusing so let’s break it down :

→ /bin/bash -c ‘ command’ : This command will run a linux command with the bash shell.
→ envsubst : It is a program substitutes the values of environment variables, so it will replace the $PORT from the heroku environment and replace it in the default.conf.template file with it’s value, this variable is given by heroku and attached to your app name, then we rename the template with default.conf which is recognized by nginx.
→ nginx -g ‘daemon off;’: The daemon off; directive tells Nginx to stay in the foreground. For containers this is useful as best practice is for one container = one process. One server (container) has only one service.

Preparing the deployment for the VPS on OVH

We will use the VPS as a development server so no need for a docker now we will use ssh for this, after all make sure to have a VPS , ssh credentials and a public IP.

I assume you have nginx installed , if not try to do it, it is simple 😙

In this tutorial i will be using the sshpass command, it is powerful and suitable for CI environments.

You can install it with : apt-get install sshpass -y .

lets deploy the app to our server from the local machine, navigate to the repo and run ng build --prod , then navigate to dist/my-first-app folder and type this command :

If you don’t want to hardcode the password in the command line try to set the SSHPASS variable with your password like this export SSHPASS="password"and replace -p with -e to use the environment variable.

Now all things almost done ! great 😃 ! let’s prepare the pipeline in the github actions which is a fast and powerful ci system provided by github inc.

Under the project root folder create the file main.yml in the github/wokflows folder, this directory is hidden so must start with a point like this : .github/workflows/main.yml

let’s take a look at the pipeline steps and configurations :

We are almost done! now try to make a change in the app code and push it to GitHub , the workflow will start automatically 🎉 🎉 😄 !

You can view the app here: https://angulardevops.herokuapp.com/ 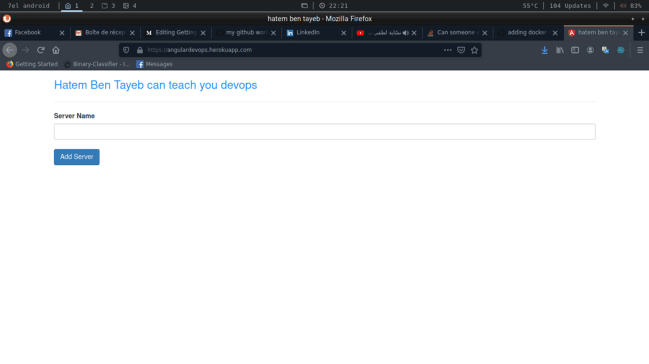 Finally, this tutorial is aimed to help developers and DevOps engineers to deploy an Angular app, I hope it is helpful 😍. for any feedback please contact me!

How To Install Docker and Docker-Compose On Raspberry Pi

Are you already lost in your node_modules?