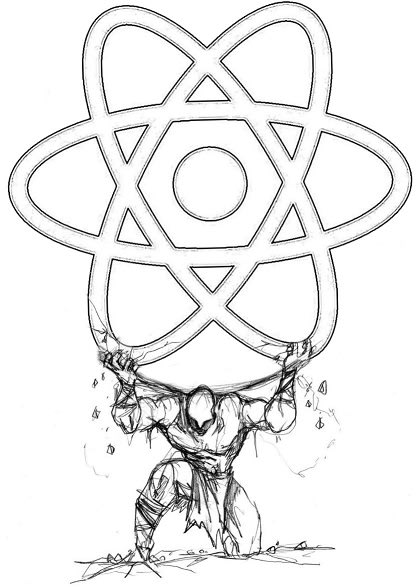 A few days ago, I was engaged in a challenge to upgrade a project written in React and Redux libraries maintained for more than 2 years and we still maintain it and add new features to extend its functionalities. From React 15.4 to 16.8 there are a lot of updates and upgrades in React itself and its ecosystem.

I will list below all what I did to make the project working again after a lot of upgrades and workarounds.

The first step ever, just install React 16.8 and React DOM 16.8, then tried to run the application. Boom, a shiny white screen opened in my browser and with a lot of error but the main error is

So the second step was installing the PropTypes package because based on React Documentation, PropTypes extracted into its own package since React 15.5.0. Woow 😄

So I revisited all the components that use PropTypes and Adjust it based on PropTypes package.

What is the "Refs"? Refs provide a way to access DOM nodes or React elements created in the render method.

Where is the problem? In my project, we were used "Refs" with an old API where ref attribute is a string, like "textInput", and the DOM node is accessed as this.refs.textInput. [React Documentation]

My Project was used this Legacy API, the String Refs, so in React Documentation they recommend to use callback pattern or createRef API instead.

So, we revisited the whole project and replace the Legacy API with createRef API

I remember well those 3 days to know why parent component cannot access the ref of its child, Why? Because parent was contain button if user click on it, a textbox in the child will be focused 😄 and the child for some reason was connected with redux 😓.

If you remember well how we connect react component with redux, the connect method will be written in your mind that introduced by react-redux library.

So to resolve this problem, connect accepts four different parameters, all optional. By convention, they are called:

and the fourth parameter is an object and you can send {withRef: true} [forwaredRef] to solve the problem.

Because of the upgrading of redux, withRef was deprecated and replaced with forwardRef, and this mean the accessing of this wrapper component changes too.

A lot of changes, especially in accessing the wrapper component.

3. Upgrade most of packages

Because of most of the following packages using the PropTypes from React package, I updated them to latest as they Use the PropTypes package directly.

I tried to upgrade redux-form 5.3.3 and redux-form-validation 0.0.8 normally like the other packages but this project has almost 6 forms and if I upgrade them I will totally rewrite these forms because redux-form has been completely rewritten for v6, because of a fundamental design change.

So what is the workaround? Simply I downloaded redux-form 5.3.3 and upgrade it manually by install PropTypes and change the React.PropTypes to be PropTypes directly and thanks for redux-form team for creating unit tests to make sure that everything is okay. Of course, I included redux-form code into my project until I rewrite the 6 forms and of course I installed extra packages that redux-form depends on them.

The biggest nightmare, React Router v4 is a complete rewrite, not just enhancements added to the previous version, and react-router changed to be react-router-dom, huge changes happened from v.3 to v.5

These two articles are great to follow them if you want to upgrade your react-router.

Of course, there are some crashes after this upgrade, I upgraded some packages too like react-dropzone and so on due to some configurations changes and its usage.

This upgrade costed me more than 30hr in 3 days continuously. When I was working on this upgrade I was thinking a lot to take a step back because of a lot of crashes.

CamelCase to normal String in JavaScript

5 great tools for React developers in 2022

Use Phoenix to run React

The ultimate guide to State Management with React

Once suspended, hamed_farag will not be able to comment or publish posts until their suspension is removed.

Once unsuspended, hamed_farag will be able to comment and publish posts again.

Once unpublished, all posts by hamed_farag will become hidden and only accessible to themselves.

If hamed_farag is not suspended, they can still re-publish their posts from their dashboard.

Once unpublished, this post will become invisible to the public and only accessible to Hamed Farag.

Thanks for keeping DEV Community 👩‍💻👨‍💻 safe. Here is what you can do to flag hamed_farag:

Unflagging hamed_farag will restore default visibility to their posts.