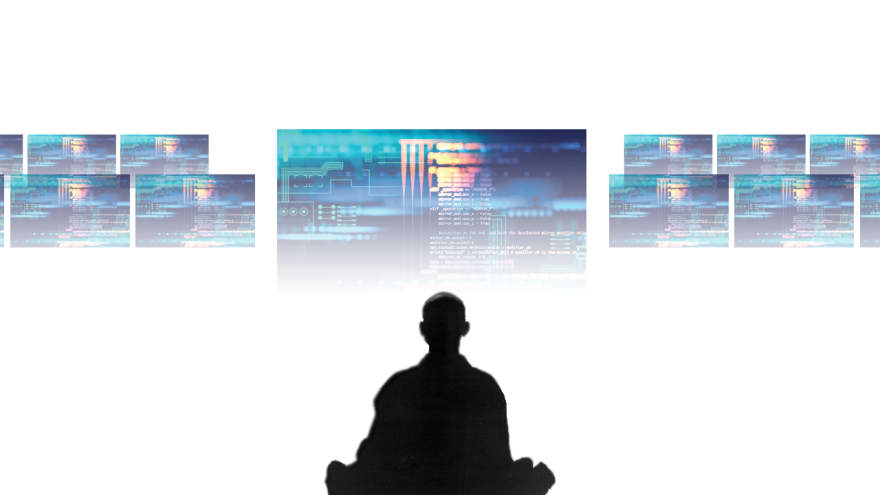 There are a few very simple reasons why newbies, might be in the best place possible in the modern coding landscape. Given it's probably easier to learn how to program now, than it has ever been in history.

Although, this hypothesis is based purely on the fact that, you're not set in your ways, you haven't adopted tons of different ideologies. In short, you're not a fan-boy/girl...yet...

The sad truth (and eventual reality) is, pretty soon you will be! All of the cliches are completely true. I didn't think it could happen to me, but it inevitably did. So, this is my attempt to steer you towards the light before its too late for you too.

-- Message from the DarkSide ;)

(UPDATE: see first comment, this will be you soon).

First thing you'll probably do is go on the hunt for a code editor or IDE (integrated development environment). Some people prefer heavy duty IDE's capable of handling anything and everything you throw at it.

Other people may actually gravitate to simpler tools, with wysiwyg editors that allow you to write HTML5 / Markdown, many of these are found all over the web.

As with all tools, if you use a hammer, and it's your hammer, you'll eventually become fond of it. It's not that your hammer is better than every other hammer, ever made before. It's just that your hammer has helped to achieve so much. It is like a weapon in your arsenal...a trusted tool and we all know how hard trust can be to earn. So you and your hammer share a unique relationship. It works for you and with you. In fact it may even feel like it makes you better at what you do.

This is true for just about any tool, and even most everyday objects. So how does this apply to coding?

Well, your IDE is your hammer!

(All these hammer references, and not a single Norse-god pun, I must be slipping these days). Not to worry...

Actually, your IDE will eventually feel more like Batman's tool belt rather than Thor's hammer. It's packed full of stuff, most of it you'll never use. But a few awesome tricks, tools, and maybe even some magic here and there, because programmers seem to have a taste for theatrics, kind of like Batman, as well.

Many developers will be more than happy to tell you what IDE they use, and why it's better than any other. Just like anyone who's gone into war with their hammer, and come out on top time and time again, they may even write legends about said hammer, depending on how good you in fact were with it.

Also, how crazy do you have to be to go to war with a hammer? Just like those Norse legends though, let's leave that for later generations to write about.

In the here and now, your IDE is your hammer/tool belt, you won't want to leave home without it.

So the topic of picking your first IDE is an important one, and most fail to really explore their options. Don't think Thor has ever had to use a sword? Even he recently was forced to trade in the hammer for a massive pick axe.

So yes, while it's not about the tool, the point is that the right tool makes the process a whole lot more enjoyable and hopefully...productive.

Picking the right tool is about trying a few things until something just feels right for you. So have some fun, make some cool stuff, and hammer around a bit till it feels right.

Here's a list of the top IDE's one the market. None is like the other. They all may share traits, others may build in a ton of features. Some are proprietary and others are open-source. Simply put they vary, like everything else in the programming world.

The moral of this story is, if you're going to war, you may want to try out a few swings with a sword, or even a pick axe. Who knows when you'll need one, and you're probably better off informed and experienced, no matter how much you love your hammer.

See the bottom of this post for more on my personal hammer.

Number 11 on this list is actually my favorite IDE of them all. Microsoft's Visual Studio Code. Initially released in 2015, it's one of the latest and greatest editors on the market.

**Not to be confused with "Visual Studio".

Visual Studio Code was built from the ground-up as a light-weight IDE that kind of skates the very thin line between IDE and code-editor using the open-source Monaco Editor, built on top Google's Chrome Browser, in an Electron wrapper.

With support for just about every language, built on standard open-source front-end technologies. Visual Studio Code is a blazing-fast light-weight IDE that is highly configurable which gives you the ability to solve one of the biggest issues with switching from one IDE to the next...keyboard shortcuts.

Visual Studio code will import your shortcuts from just about every other IDE in the market, with a strong focus on converting Sublime and Atom users. As it does really solve the problems that both those users face currently in each of those editors! And they do it well!

Really well, with thousands of extensions solving problems like local server, automatic refresh, and probably the biggest one of them all...Emmett built-in. Which really makes this editor literally complete right out of the box.

Hope you'll let me know your thoughts, and I really hope you found some great insight in our round-up of the most popular IDE's and why they're similar to a legendary hammer in your repertoire.

P.s. I’m not the only die-hard advocate, with growing appreciation, more and more developers are embracing the difference...

Hey everyone, I'm Gaurang, a full-stack developer that is constantly learning and building in public. I love that I was able to change my career at such a late stage in life all by learning online with so many different resources. I generate content to reinforce what I'm learning and to help others like me in the future.

If you enjoyed my content, please feel free to connect with me wherever you spend your time online.