As software gets more complicated we need ways to structure code to make it easier to understand. For example, functions, classes, closures, files, directories, repositories, namespaces, packages and services. However, how code is grouped in these structures doesn't always fit well with how the pieces work together.

Eunice is designed to help explore and define structure with awareness of the actual dependencies.

This post is a follow up to an earlier case study that investigated and demonstrated the capabilities of Eunice, by using Eunice on the JavaScript library React:

"Analyzing the architecture of React, its structure and dependencies, with Eunice"

In React the most significant scope of structure seems to be the packages sub-directory in the root of its repository. By the end of the case study I'd defined a potential stack for packages based on the existing directory structure and the dependencies shown by Eunice. However, this structure and its dependency counts didn't look particularly straightforward: 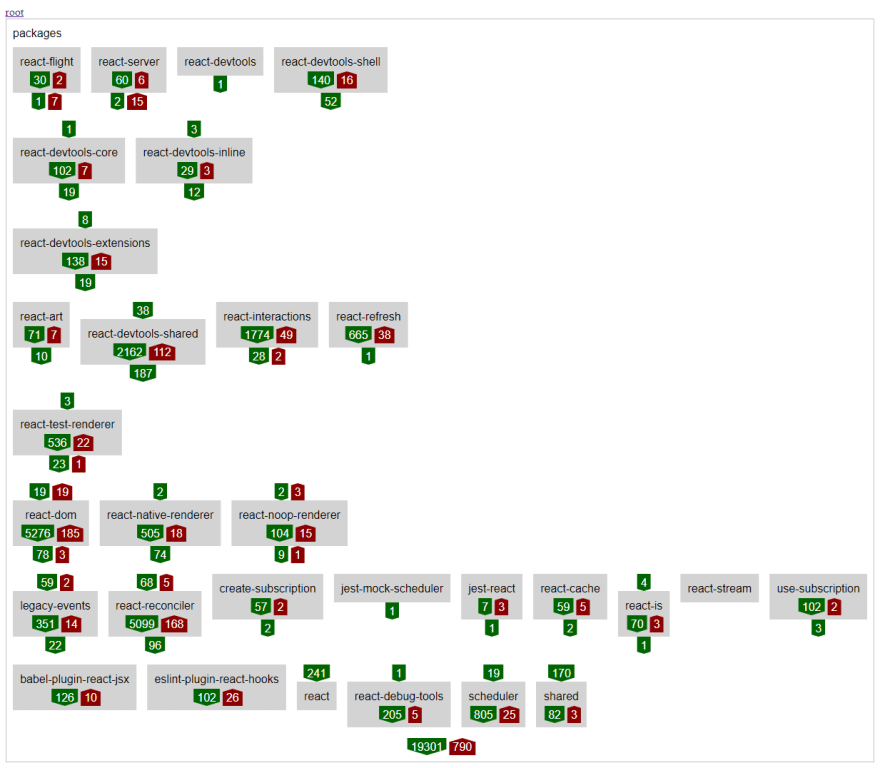 The six sub-directories highlighted below all relate to devtools, have dependency counts that don't require their distribution across the stack and so could be grouped: 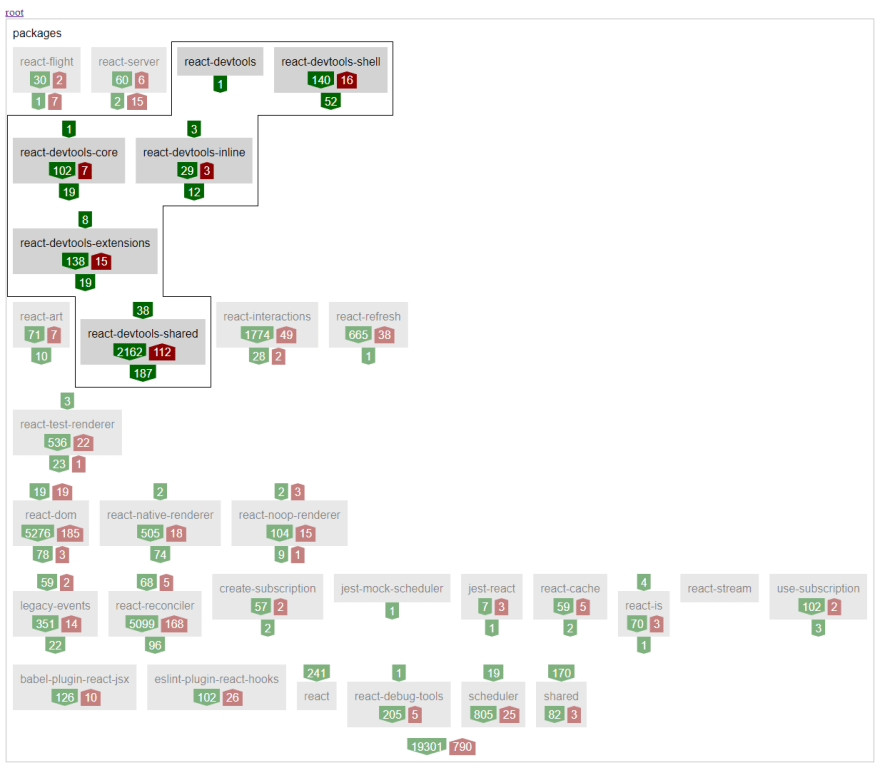 To investigate how this might look the Eunice stack file in the packages directory can be modified. I've added a new item named react-devtools-group and moved the six related items inside it:

I've marked the new item in the YAML as dependencyPermeable so that Eunice's dependency resolution will look inside it even though it won't be specified in the code's import statement paths.

Re-running the analysis and reloading the web page shows that this makes the packages directory stack simpler without adding any mismatching dependencies: 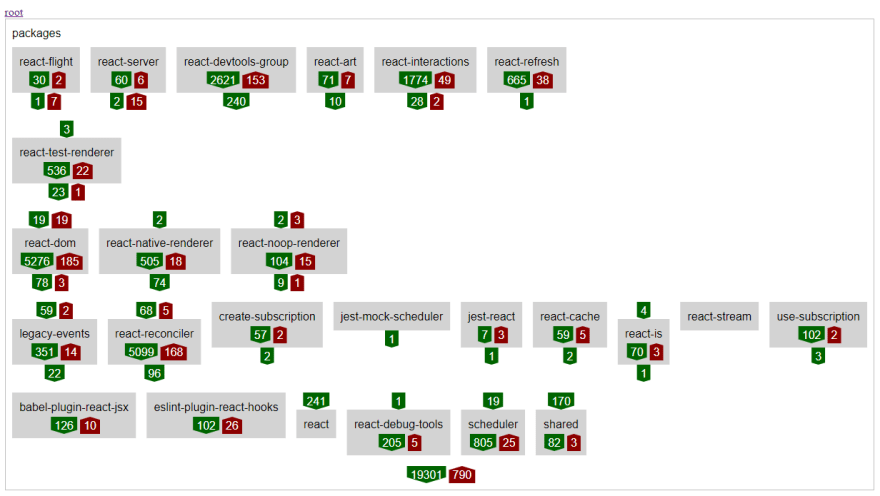 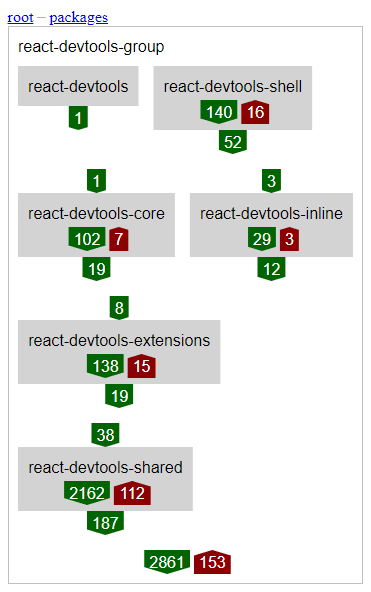 To make this grouping more permanent and obvious, the Eunice stack above could be replaced with a new sub-directory in the code.

The example above was an obvious group to create, with the shared concept (devtools) already defined, high cohesion within its items and a simple relationship with the rest of the system. To get the same effect elsewhere, more detailed work might be required, directly in the code, moving small pieces around from across many parts of a system. Hopefully Eunice would still be useful even when whats required is more laborious.

Find out more at https://devsnicket.com/eunice.

Do you use time-tracking for work or for your personal time?

This is why you should go Angular 9 today

Can we assign css to dynamic Generated Classes? YES we can

What's the best charts library with a small bundle size?