You may run into a situation where you need to modify core for some reason or another. In my career as a Magento2 developer there were many instances where we needed to do this and there are many ways to do it such as overriding/extending via preference or using a plugin, but I found that if you need to fix a Magento bug the best way of doing it is via a git patch, because if anything in the vendor/magento folder changes it will not apply the change and will be more visible to you, rather than spotting weird errors in logs a few years later when Magento2 fixes it. 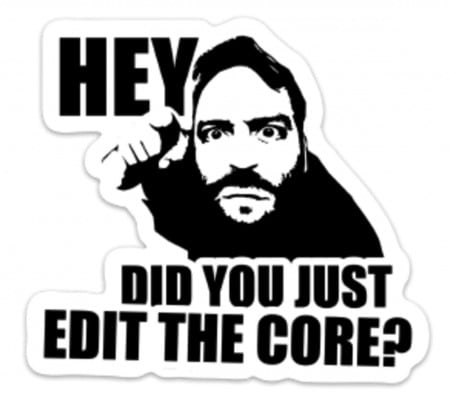 You may also submit this fix as a PR to the magento2 github repository, but be advised that there is a lot of overhead that goes into proving a problem exists https://github.com/magento/magento2/pull/10102 and there are cases where this is not done such as this example case where we used a patch to fix an issue that was infrastructure related.
https://alanstorm.com/fixing-x-magento-tags-too-large-errors/

Ensure the relative paths are a/vendor/x/y

5. Add script to composer.json to apply the patch

If your machine can't handle git add to vendor/magento then go directly to the folder you need changing and do the process from there rather than from root directory. After you copy over the patch match the relative paths (where there is a/... and b/...) with the full path like a/vendor/magento.

Once suspended, grahamcrocker will not be able to comment or publish posts until their suspension is removed.

Once unsuspended, grahamcrocker will be able to comment and publish posts again.

Once unpublished, all posts by grahamcrocker will become hidden and only accessible to themselves.

If grahamcrocker is not suspended, they can still re-publish their posts from their dashboard.