Introducing GAMECURE! An open source Unreal Editor build distribution system for Windows, Linux and Mac, utilizing Dan Engelbrechts eminent longtail delta patching and with a bunch of other nifty features to get going quickly with your source built Unreal Engine in Plastic SCM. 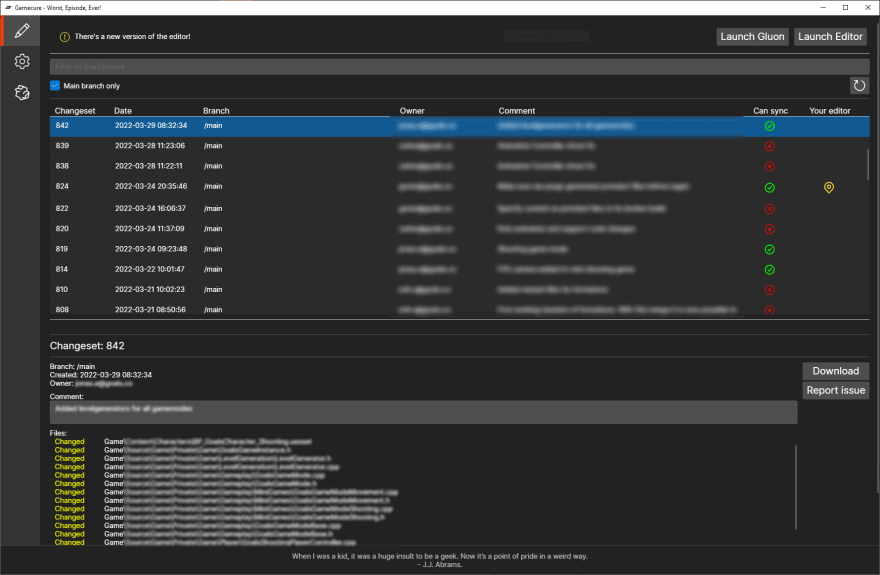 Yes, that introduction is a mouth full so let me break it down for you.

Most of my career I've spent developing games at EA DICE. This is what would be considered a large studio (not the largest by any means) but we had projects with hundreds and sometimes thousands of individuals contributing to game code and content. All these individuals can contribute up to thousands of changes to the repository every day. The trick to being this fast is putting a wall between the content creators (artists, game designers, 3d-modelers, animators, etc.) that produce content and coders that improve, fix and many times break the game.

The coders will have a source version of the game engine on their computers. To play the game or use the game editor the coders need to build (compile, link, etc.) the whole engine locally on their computers. The custom computers used by GOALS coders spend 12-13 minutes on this but a regular gaming computer will spend hours on it! This does not only take a lot of time but it distracts you, is error prone and complicated. As a content creator you just want to create amazing content, no hassle!

What we need is some kind of tool that can act as the central tool for all GOALS development if you are not a coder, managing the other tools you need and allows you to easily feedback to engineers what is working and not working as well as quickly stepping back and forth between Unreal Editor versions.

Another big studio/project is Epic Games who produce the game Fortnite. They also happen to be the owners and maintainers of Unreal Engine. There is a great article explaining their workflow and reasons behind it called: Workflow on Fortnite - Collaboration on large teams with UnrealGameSync. And this takes us to an application called "UnrealGameSync" which is essentially what we want! A separation of coder and content creator workflow and concerns. Perfect! But... UnrealGameSync only works with Perforce version tracker (which is not really intended to be replaced) and its downloading full binaries each time (no delta patching) and it only works on Windows sigh

For a studio, like ours, that is cloud native and allow their developers to work on Windows, Linux or Mac and uses Plastic SCM for version control, that is three deal breakers right away. It was deemed to much for us to work around so we decided to create our own tool - GAMECURE!

One of the core development philosophies at GOALS is simplicity. And for us that usually means as few dependencies and as few hoops to jump through as possible. The maximum amount of complexity for a content creator at GOALS setting up their environment, we decided should be: Get the simplified version of Plastic SCM (called Gluon) and get GAMECURE from a permanent link. The rest would be automagic. Hence the GAMECURE application could not have a bunch of external dependencies and a stack made up .NET 6 and AvaloniaUI that we compile to standalone binaries turned out to be a good combo. 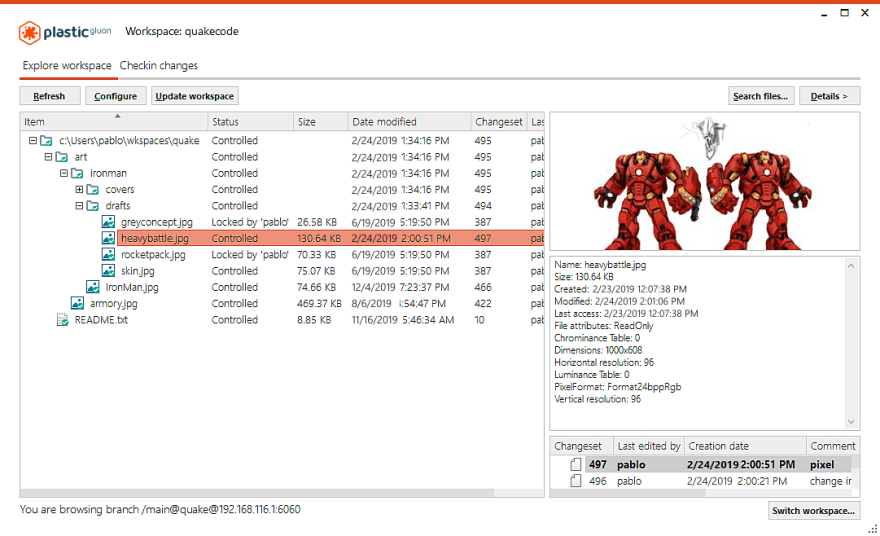 Another important requirement for a cloud native company as GOALS is that we don't have to download a bunch of unnecessary stuff. Cloud native meaning that essentially all our infrastructure is in the cloud. All downloads we do internally and that other people do externally from our CDN's incurs costs. Minimizing the amount downloaded is paramount and if you ask me, is just plain better engineering. For this we turned to a library called longtail by Dan Engelbrechts. This allows us to only distribute what has actually changed to the content creators.

What GAMECURE will do for you 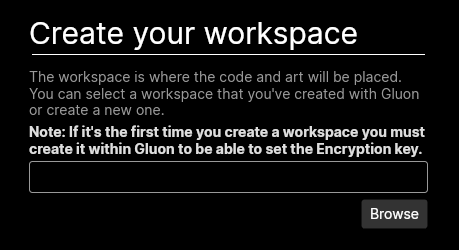 We welcome contributions and we are curious to know how you solved your workflow challenges!

Head over to our GitHub to get started with your GAMECURE - workflow!

How to Automatically Connect Jira Tickets to Google Sheets with Reshuffle

Once suspended, goals will not be able to comment or publish posts until their suspension is removed.

Once unsuspended, goals will be able to comment and publish posts again.

Once unpublished, all posts by goals will become hidden and only accessible to themselves.

If goals is not suspended, they can still re-publish their posts from their dashboard.

Once unpublished, this post will become invisible to the public and only accessible to Göran Syberg Falguera.

Thanks for keeping DEV Community safe. Here is what you can do to flag goals:

Unflagging goals will restore default visibility to their posts.