After being able to successfully send messages back to Slack, another chance to itengrate Slack with AWS came up. The idea was simple, I had an image to which I wanted to add arbitrary text. I envisioned this as creating a call from Slack with Slack Slash Commands and simply answer it with AWS Lambda... but....NO.

To be able to achieve this I ended up having to use quite a few pieces from the AWS stack:

Let's tackle these steps one by one.

This is the easy part. All we have to do is setup an Slack App and then setup an slack command.

In the configuration of the Slack command a URL has to be defined, which is were the Slack command would point at. This call, as specified in Slack Slash Commands documentation sends a application/x-www-form-urlencoded content-type header and a body with, among other things, the slash command's payload which is text we will be printing in out image. The header is relevant as we will see when setting up our Lambda function.

There's another important constraint regarding slash commands. This is, the answer to the request made by slack cannot be more than 3000ms. We will later see that the image processing took longer sometimes times. For these cases, Slack sends a parameter response_url where the final response should be sended up to 30 minutes later.

To be able to offer a response and then took our time to process the image and later respond with it, we will need an API Gateway endpoint pointing to a first LAMBDA, we will call this lambda proxyLambda.

To handle long request asynchronously we will make use of AWS SNS, this is a messaging platform from Amazon and it will let us use the first proxyLambda to publish a message into AWS SNS and have antoher lambda subcribed to SNS for reading and processing the requests, we will call this Lambda subscriberLambda.

Now, once our subscriberLambda has finish it needs to store the new image in an S3 bucket, since Slack is expecting just a text message with a link to an image to desplay.

With all this the flow should look something like this:

The idea for the Gateway configuration is to get Slack request proxied straight to the lambda. The reason behind this is what we previusoly said about the Slack slash command request type. The standard configuration to attach an AWS API Gateway to a lambda funtion is via a method (say GET or POST), the gateway expects a payload to be in json, if not it crashes and the request never gets to the lambda. I was able to solve this issue by usin the proxy configuration while configuring a new resource. 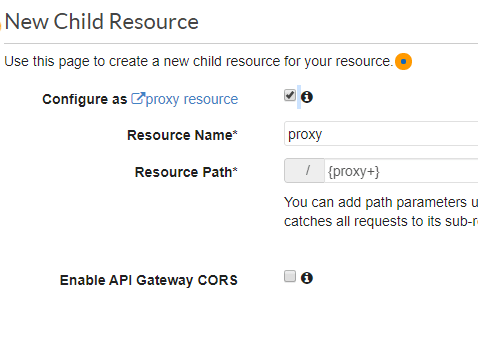 The configuration to sned the request to the lambda it's also pretty straightforward. 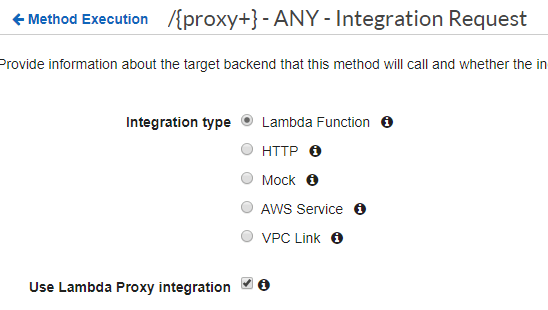 Now once we have our requests proxied to our lambda, we will use it to handle it and push it to our SNS channel. Doing it like this we can respond back to Slack very fast and handle the actual request later.
The lambda function would look like this.

This is actually all we need to forward the request to SNS. The important part here is the Topic ARN, this gets created
when we create our Messaging channel.

Here is the lambda that would do the actual work, this functions would be listening for messages in the SNS channel
and will act accordingly when a new one comes. Lets see how the main part looks like. Bear in mind, there's a lot happening
in here: Reading SNS message and parsing the request parameters, new modified image generation, storing the new image in an
S3 bucket and finally sending the link and response back to Slack.

The full lambda with dependencies can be found in this GitHub Repository
Now take in to account that your code can get a little bit to big and labmda user interface will not let you handle it from there
so you will need something like this to deploy the files from you local environment.

This AWS-CLI command requires you first zip your code, so a tiny script does the both could become handy at this point, and also,
if the intention is to automate the whole deploy for example.

Ok, Now lets configure the magic of connecting these to Lambdas, a.k.a. The message broker configuration.
This is very easy when done from the user interface. We go to Amazon SNS configuration in the AWS console and
crete a new Topic. Just fill the Name and Description and leave the rest for now.

Now the important part, once the Topic is created we need to create a New Subscription for this topic, and select our
subscriber lambda here. 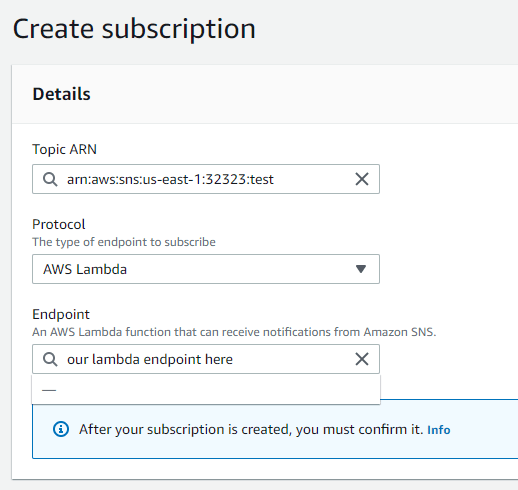 This is how we will get our lambda executed every time there's a new request in the queue.

Altought being a cool approach to test all theese technologies, i'm pretty sure I'll would have gone with a different one when realising my image processing was taking so long for Slack. 3 seconds should be enough in my opinion. In any case I have learned a lot and I hope you do too.

Any thoughts?, just ask!, thank you!

Once suspended, gmoretti will not be able to comment or publish posts until their suspension is removed.

Once unsuspended, gmoretti will be able to comment and publish posts again.

Once unpublished, all posts by gmoretti will become hidden and only accessible to themselves.

If gmoretti is not suspended, they can still re-publish their posts from their dashboard.

Once unpublished, this post will become invisible to the public and only accessible to giuseppe.

Thanks for keeping DEV Community 👩‍💻👨‍💻 safe. Here is what you can do to flag gmoretti:

Unflagging gmoretti will restore default visibility to their posts.