DATA STRUCTURES IN PYTHON
You can never be an efficient programmer without mastering data structures and algorithms. Problem solving in programming is impossible without the basics. Regardless of which aspect of python programming you want to focus on, you can’t ignore data, its organization and the algorithms you need to find solutions to their manipulation and data analysis.
Data structures are a way of organizing data in such a way that you can store collections of data, relate the, and perform operations on them. Data structures are derived from the term: data abstraction which is the use of data structures to solve problems by focusing on the main picture without getting lost in the details of meta-data and data access. They ease the process of problem-solving and ensure efficiency.
In other words, data structures are an actual implementation of the Abstract Data Types (ADT). This implementation requires you to have a physical view (how data collections are stored and organized) in a particular programming language’s constructs and basic data types.
There are two ways of grouping data structures in python:
(i) Built-in and User-Defined Data Structures 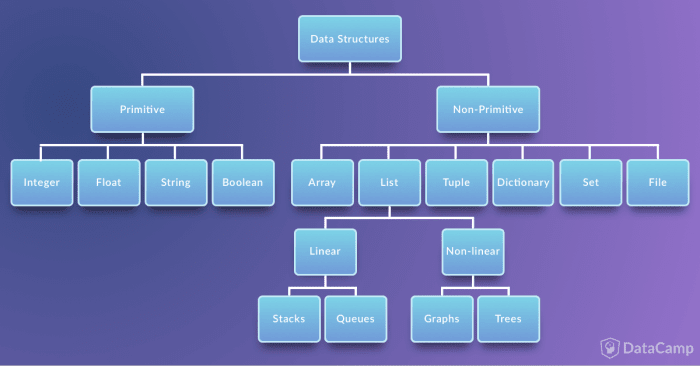 This section covers some of the primitive (and built-in) Python Data Structures.

We will cover each of the data structures in the next tutorials. Thank you for reading!

I am a curious software engineer and a data science enthusiast. I love to learn and tutor.

What are your favorite Linux utility/productivity tools?

I love Linux and one thing I love about it is that you can set it up just right for yourself to make...