Let components drive the development of your applications.

In modern times, modularity takes on a new form in the design of software applications, through components. Modern UI libraries and frameworks such as React, Vue and Angular, and CDD-oriented tools like Bit let us build our applications through modular components, providing the patterns and tools needed to develop each component in separation and compose them together.

A component is a well-defined and independent piece of our app’s UI. A chat window, a button, a slider are all components. Components can also be composed of smaller components and fragments. Each is a building block.

This approach gave birth to a new form of modularity named CDD, or Component Driven Development. By understanding CDD and how to leverage it, we can use components to drive the development of our apps, to benefit from the advantages brought to us in this newfound modularity.

looking forward into a world of web-components, CDD becomes a standardized method for developing the frontEnd of our applications.

Simply put, component-driven development means designing your software applications by building loosely-coupled independent components. Each component has an interface to communicate with the rest of the system, and multiple components are composed together into a modular application.

When building a React application, for example, this means building your components first as the base of your application, then moving up to compose larger parts of your UI such as entire pages and functionalities in your app.

The CDD approach correlates with principles such as Atomic Design (see: Atomic design in React: simplify a complex UI) and micro-frontends.

CDD helps you separate the development into components. Each is designed independently from the rest of your app and is built to communicate with it. Designing each component as a standalone unit brings useful advantages.

Addy Osmani lays out some key benefits for CDD in his FIRST principles:

When components drive development, dedicated tools are needed for developing, testing, sharing and collaborating on components.

In particular, it is important to develop and test components in isolation, to make sure they work as standalone units to be used in your applications. It’s also important to provide reusability and shareability for the components, so you don’t have to re-invent the wheel every time you need a component.

Here are a few useful tools that can help with your CDD workflow. In the next section, we'll discuss recommended architectures for CDD implementation.

Bit is an open-source tool built essentially for component-driven development. It helps you develop, collaborate and build with components.

Bit can be used to virtually isolate components you’re developing in your application or library. Bit encapsulates components with all their files and dependencies, in a single CLI command, and lets you develop and test the virtual representation of the encapsulated components in isolation.

This means a component is written in your app suddenly becomes bundled, encapsulated and ready to be put to use (and test) outside your application.

Then, bit lets you pack the bundled and encapsulated components and share them to the cloud. There, your team can visually explore and discover all your shared components. With nearly 50K developers in the community, you can find thousands of open source components shared by other people too.

From the component cloud, your team can install components in new applications, and even suggest updates right from the new projects consuming the components. Bit extends Git to track and sync changes to component’s source code in different projects, so you can gain control over changes and updates.

Since Bit defines each component’s entire dependency graph, when you update components you learn exactly which dependant component will be affected and might break when you make changes. This means a full-blown component-driven development experience, from development to testing, sharing and collaborating on components across apps and people. 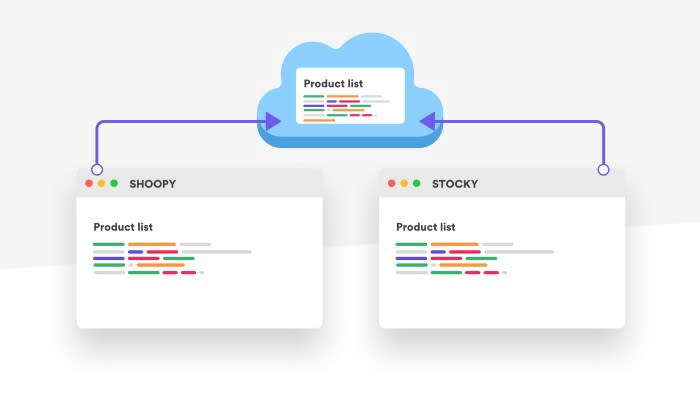 Component Driven Development through the cloud

Another useful advantage is that tour team can do more than just explore all your components in one place: Developers can actually use the components they find right off the shelf, and even suggest updates.

Designers, product and everyone else gets on the same page while collaborating on the actual source code, in a visual playground view. The gap between design and development shortens, and everybody wins. Especially your users, which will expirience less inconsistency and confusing mistakes.

Storybook and Styleguidist are environments for rapid UI development in React. Both are great tools for speeding the development of your components.

Storybook is a rapid development environment for UI components.

It allows you to browse a component library, view the different states of each component, and interactively develop and test components.

StoryBook helps you develop components in isolation from your app, which also encourages better reusability and testability for your components.

You can browse components from your library, play with their properties and get an instant impression with hot-reload on the web. You can find some popular examples here.

Different plugins can help make your development process even faster, so you can shorten the cycle between code tweaking to visual output. StoryBook also supports React Native and Vue.js.

React Styleguidist is a component development environment with hot reloaded dev server and a living style guide that lists component propTypes and shows editable usage examples based on .md files.

It supports ES6, Flow and TypeScript and works with Create React App out of the box. The auto-generated usage docs can help Styleguidist function as a visual documentation portal for your team’s different components.

Differences between StoryBook and StyleGuidist

CDD implies that you build your components first, as independently as possible from the rest of the app. This means you are not just building a set of components, you are also implementing a UI component design system.

You can implement the components as part of the application itself (i.e. in the same project), or as a separate reposiotry (i.e. a component library). Tools like Bit lets you isolate and encapsulate each component, so it can be developed, tested, reused and even updated anywhere- regardless of where it’s written.

When it comes to designing components first, you want to make them reusable to build you different apps. So, you should understand how you are going to make them reusable. Nothing worse than spending 6 months building a library nobody ends up using. Yes, it happens to many teams.

Why build a library?

So here’s the truth. Git repositories were not built for atomic components shared between projects. Neither were package managers. Both were built, well, for repositories. Components are not repositories. 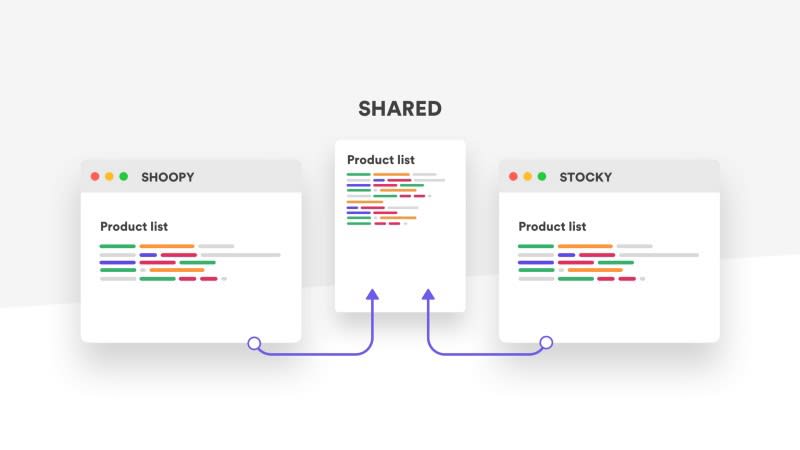 That’s why when we want to take a component in our app and use it in another app, we’d have to create a new reposiotry. To save overhead, most teams create one shared reposiotry to host 20–30 components.

If using Bit, you might not need a library. You can just share the components from the apps directly to your cloud, and install them in other projects. It’s kind of like the difference between a CD music album and Spotify. But, you can use Bit and StoryBook with a shared library too, so no worries.

When designing the library you should make a few key decisions. A few key principles will guide you through, and here’s the gist: you want to develop independent components. The rest is should be a lego-like composition. Otherwise, things will hit the wall the first time somebody needs something different than what you’ve defined in your library. Then, they won’t use it.

Let’s say you do build a library… here is some solid advice. 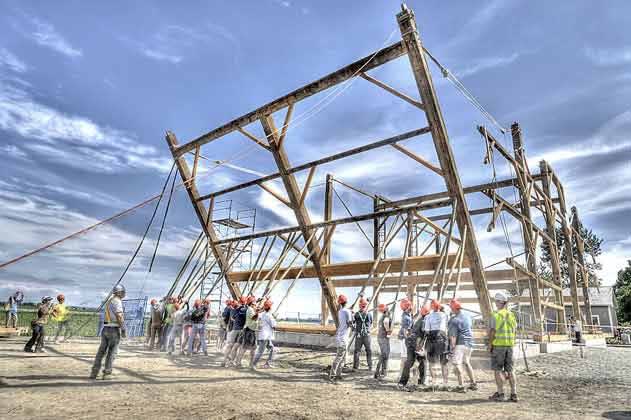 Remember — a library is just another repo set to share some components between two repos. They don’t scale or age well, and suffer from additional overhead and tooling. It’s often better to just share components directly between your applications through the cloud.

Benefits of CDD for dev teams 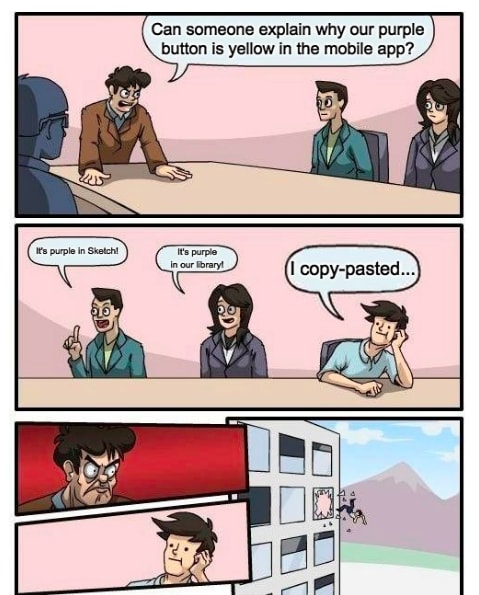 People can code with access to components already written, and collaborate on changes. New features or apps just means adjusting and tweaking your base components, and preventing mistakes later discovered in production.

Codesharing also means less code to maintain, so you can focus on building new things. When you build from the components up, you also get everyone aligned on the same page using the same building blocks, so your entire development workflows become standardized and yet remain flexible.

Some teams report up to 60% faster development through modular components based on a UI component design system implemented as React components. Some organization find they can delete ~30% of their codebase by adopting CDD. Uber, Airbnb, Shopify & more are moving to components.

Personally, I don’t think it’s surprising that CDD5 is more effective. As Brad Frost states in Atomic Design, modularity and composition are the basis for efficiency in physics, biology, economy and much more. In software, modularity breeds the same advantages: speed, reliability, simplicity, reusability, testability, extendability and composability. It’s better.

In the frontEnd of our applications, through CDD we also give a consistent UI and expirience for our users throughout our products and features. That makes them love what we build, and feel a bit happier. Everybody wins.

An Introduction to CSS Modules in React

How to build reusable layouts in React JS  with Router