As at the time of writing this article, I had already told my parents to prepare a farmland for me, as tech is not my calling again 😂😂😂😂.

So if you come across this article as being a solution to a similar problem as the title, well, leave a thumbs up.

So I cloned a flutter project to work on, started off with installing my flutter SDK and the xcode version that the project was created with.

First ran for the android, which worked without issues, but when it got to the iOS, everything went south in split second.

I reached out to the Engineer handling the project initially, we went through installations and codes again, found nothing, I was advised to downgrade my xcode and try again... Long story short, I currently have xcode 13.4, 13.3, 13.3.1, 13.2.1 in my mac 😂.

An image of my error message: 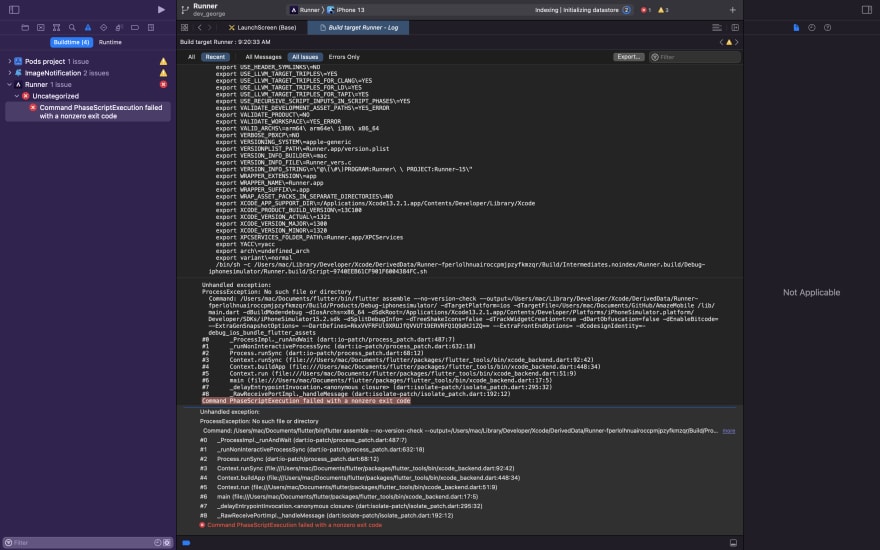 Well, none of the solutions found on stackoverflow and github issues worked for me. Which included the following:

Having done all of the above, and even did flutter doctor, just to confirm if I had issues with my installations and setup, nothing worked for me.

I found a regex code

this searches through your project for instances of the flutter sdk in that project. I saw logs for the dummy project and that of the flutter project created with my window, but for this current project, it was showing 'No such directory found'.

Well, my last resort was to open an issue on github, which I reluctantly did, as I saw thousands of opened issues, didn't even expect anyone to look at mine...

Well let's say someone did, and instantly noticed the problem.

Below is a link to the issue I opened and closed 💁🏽.

How to Handle Errors in Rust: A Comprehensive Guide

Once suspended, gikwegbu will not be able to comment or publish posts until their suspension is removed.

Once unsuspended, gikwegbu will be able to comment and publish posts again.

Once unpublished, all posts by gikwegbu will become hidden and only accessible to themselves.

If gikwegbu is not suspended, they can still re-publish their posts from their dashboard.

Once unpublished, this post will become invisible to the public and only accessible to George Ikwegbu Chinedu.

Thanks for keeping DEV Community 👩‍💻👨‍💻 safe. Here is what you can do to flag gikwegbu:

Unflagging gikwegbu will restore default visibility to their posts.