Before learning functional programming and why it got introduced in Java 8, let us learn the styles of programming in computer science.

Paradigm is a way/method to do some task.

A programming paradigm is a style/way of programming and not referring to a specific language. 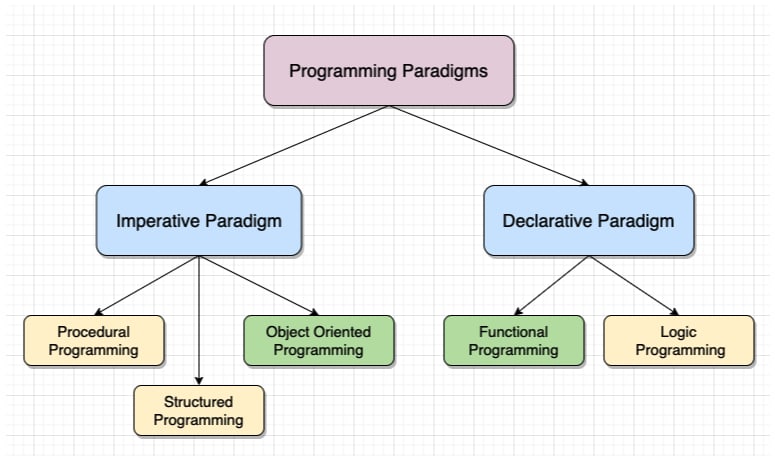 In a nutshell, any software problem that a developer would like to solve can be implemented in both paradigms, the resultant solution looks different in coding styles.

Java 8 introduced Java developers to functional programming with lambda expressions and the chain of methods that act on streams of data.

But are you aware that Java supports multi-paradigm?

In computer science, functional programming is a programming paradigm where programs are constructed by applying and composing functions.

Functional and object-oriented programming are not opposites. They both will be used alongside.

Did you know all of the software problems or use-cases we solve using the object-oriented style of programming can also be solved using Functional programming?

Yes, 100% of all use-cases that can be solved using object-oriented can also be solved using functional programming, the best thing is we have to decide which one suits our use-case when designing the software before writing code.

Let us try to understand more about what and why functional programming got introduced in Java, and what problems it is here to solve in Java where object-oriented falls short.

What is a Functional Programming?

With functional programming, we can bring awesome features into any programming language, like: 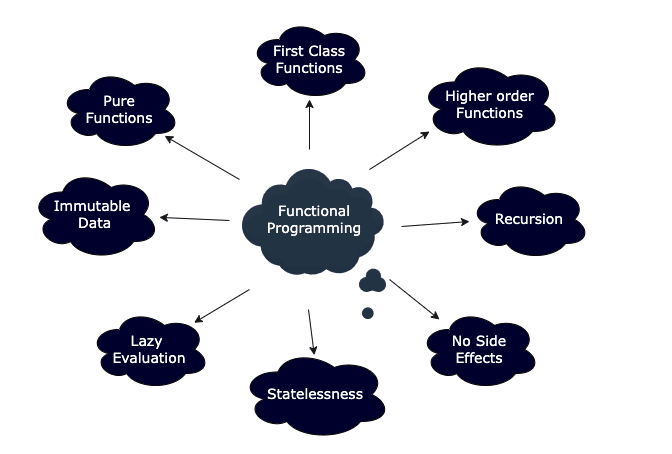 Let us see some of the important points about functional programming.

Before we jump directly into functional programming, example code snippets, etc, think about what problems it is here to solve in Java?

One of the biggest advantages of using functional programming is it reduces bugs in codes and improves reusability.

So, for pure functions, it always returns the same result/output given the same input arguments.

Functions are not called pure if they are changing the state of the object internally or externally.

The benefit of using a Functional Programming style in Java is that the side effect of a mutable input can be avoided.

Why has functional programming gained popularity?

In Object-Oriented programming, we bring the data(state) and behavior (methods) that operate on a single unit called objects.

In Functional programming, we think that data and methods are different, so we keep them separate. That’s the major difference between these two programming paradigms.

There are few places where object-oriented falls short or doesn’t provide much guidance, and in these precise areas, functional programming can step in and help.

Tabular structure differentiating both these paradigms 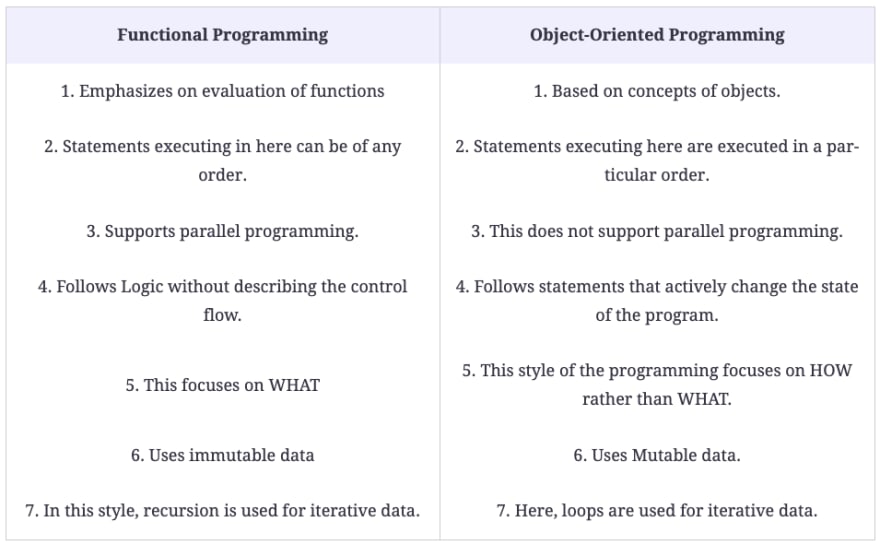 In the upcoming articles, I will talk more about Lambdas, Method References, Functional Interfaces, Stream API and more!

Add analytics to NextJS with Plausible.io

Gopi Gorantala
After working on European govt projects in Belgium(Europe) and US tech giants from India for a decade, I decided to enter the life of a freelancer. I had roughly 10 years of experience under my belt..
How To Solve Missing Number Problem In Java, An Amazon Interview Question
#java #algorithms #programming #beginners
What Are Java Method References And Kinds Of Method References Available?
#java #programming #beginners #tutorial
How Does Streams API Work? A Deep Dive on Stream Operation Flow
#java #programming #tutorial #beginners

Once suspended, ggorantala will not be able to comment or publish posts until their suspension is removed.

Once unsuspended, ggorantala will be able to comment and publish posts again.

Once unpublished, all posts by ggorantala will become hidden and only accessible to themselves.

If ggorantala is not suspended, they can still re-publish their posts from their dashboard.