“SQL, Lisp, and Haskell are the only programming languages that I’ve seen where one spends more time thinking than typing.“ — Philip Greenspun

Even with thinking more than typing SQL (Structured Query Language) we software engineers use it as a way to pull data only.

We usually don’t leverage SQL’s power of data manipulation and do the needed changes in code.

This is quite prevalent in software engineers who work in web applications. Another thing we miss is, if we do the manipulation in SQL directly the pulled data will be the same format for any programming language. This post aims to enlighten you about the powers of SQL you might know but generally don’t use. 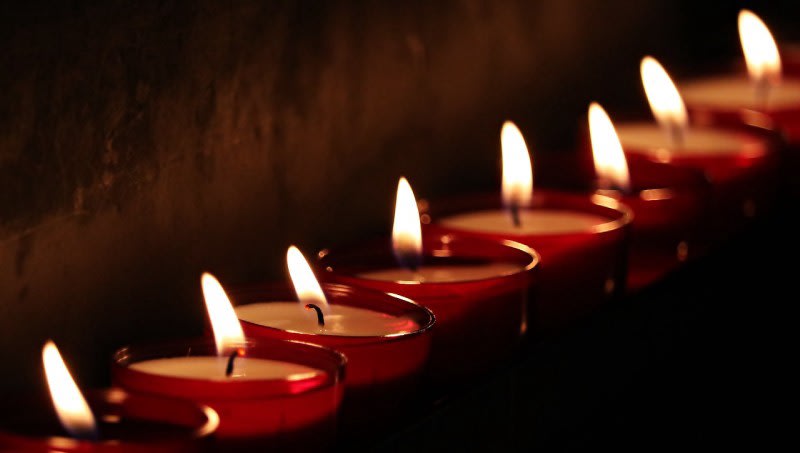 Use SQL to do math like sum, average etc. Utilize it for grouping one to many relational values like getting categories of product. Leverage SQL for string manipulation like using CONCAT_WS for concating first name and last name. Exploit SQL to sort by a custom priority formula. Examples below…

It will be easier to explain the superpowers of SQL putting it in action on an example. Below is a basic schema with 2 tables in MYSQL for a refunds microservice: 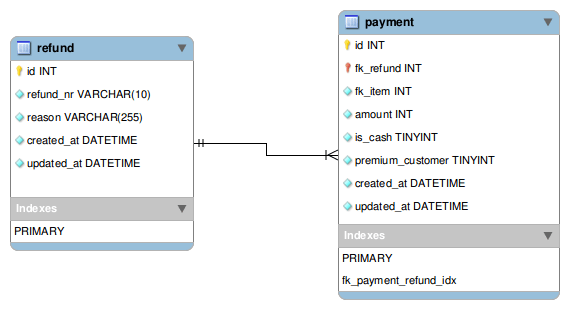 There are 2 refunds and 7 related payments as example data.

For the refunds microservice example schema and applications following assumptions are made:

Now let’s use some SQL powers. You can find the example with related queries running on SQL Fiddle.

Do the math in SQL

As software engineers, let’s say if we need to find the total cash and credit amount refunded for an item what would we do? We would run something like:

With current data, it will give 3 rows like below:

With these 3 rows, we would loop over them. If it is cash accumulate it to cashBalance variable, if not sum it up to creditBalace variable. Rather than that it would be a lot easier (probably faster) to do in SQL like:

The result is easy now if you need the total refund for the item just change the GROUP BY to be on fk_item and it’s done. For 2 and 3 records it won’t feel significant. If there were say 20 refunds for that item, the first solution with a loop is writing more code with no gain. Like sum, other SQL functions can be used too. Simple math operations like sum, multiply, average etc can be easy with SQL. This means no more loops.

Group concat is a robust operation in SQL databases. It is instrumental when you need to get data from one to many relationship. For instance, you want to get all tags for a blog post or you want to get all categories of a product. Concerning this refunds example, one item can be refunded multiple times. So we will get all the refunds associated with the item id. To get this we will run only 1 query and get it without any loops in the code like below:

Now we know that item 2001 has been refunded twice for 2 refunds. It will be easy to explode the refund Ids with , and proceed with any related operation.

Many string manipulation tasks like substring, concatenation, change case, and string compare can be done in SQL. With this example, I am going to show the usage of CONCAT_WS. It is concat with a separator. It can also be used to select for instance first_name and last_name with space in between.

In case of having an optional middle name COALESCE can be used with CONCAT_WS. That is something for you to explore :).

In this example, I will select refund_nr with its related reason:

If this needs to be shown on the credit note document, for example, no extra code is needed to join the values again. SQL makes it one step easier again.

Sorting with a custom formula

All software engineers know you can sort based on a column. But if you are given a custom priority formula to sort, what would you do? Probably again resort back to code and loop to sort. So lets set the priority formula rules for above example:

As per above rules it is decided that premium customers and priority above 50000 (in cents) will be processed first. Then other refunds will be processes. Let’s get the priority refunds as below:

The results are below: 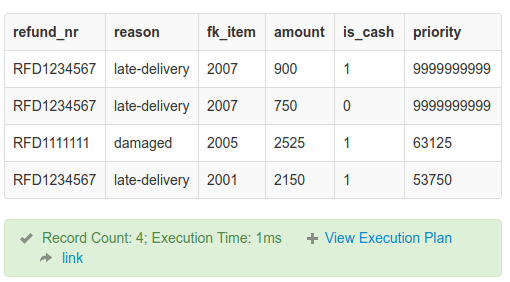 With proper use of IF in SQL sorting by a custom priority formula is a lot easier than trying to do it with loops in code. Notice that even smaller amounts like 7.5 (750 cents) and 9.0 (900 cents) came to highest priority as these refund payment amounts were associated with premium customers.

Use the superpowers of SQL to make your life easier as a software engineer.

You can play with the example and run your queries on SQL fiddle.

There are other tricks of SQL that can help you as a software engineer. Like, UPDATE with INSERT using ON DUPLICATE KEY UPDATE. Whenever you have an itch of doing some manipulation for data pulled in from database in code with loops, think again. The main takeaway from this story is:

Exploit the power of SQL to write less code because “the best code is the code that was never written”. If it is not written there is no need to maintain it.

For Spring Boot projects you would typically run your unit tests against an in memory database so it's important that the business logic is not in the database and that the code is database agnostic. The Java 8 API, for example, provides excellent data processing features like SUM, grouping etc. Putting business logic in the database is a retrograde step and should be avoided if possible.