Feature switch is a way to switch off or on a feature on a working software during runtime. We can use configuration or condition to achieve this. Feature switch is also known as feature flag, feature toggle, and conditional feature. In this post, I will reveal why to do feature switch and how to do it with a simple if condition. 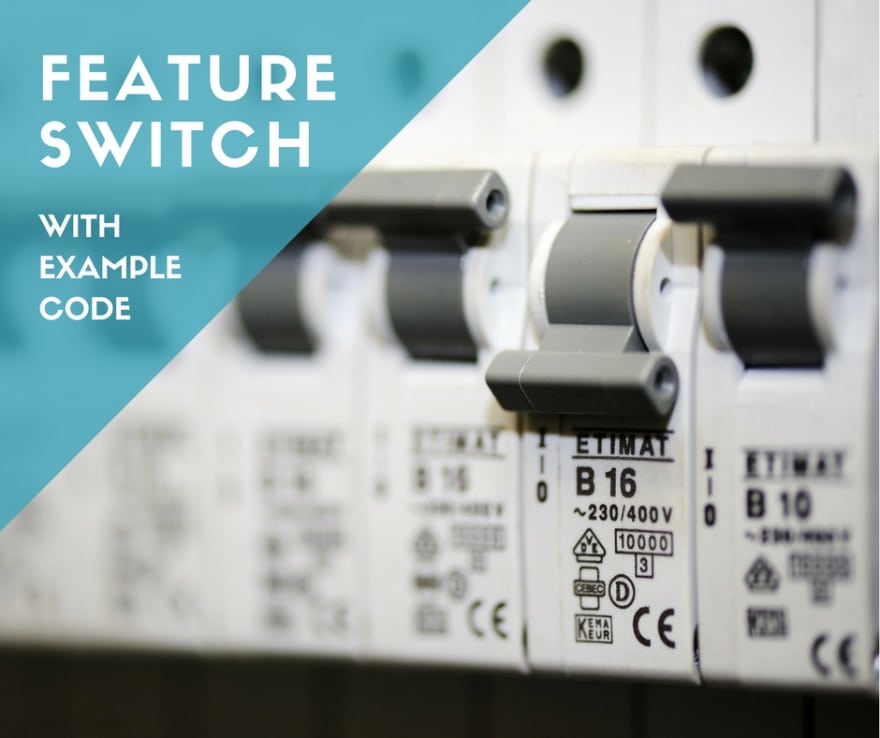 Why do a feature switch/flag?

My first experience with feature flag was when we had to deploy PayPal as a payment method. We wanted to be sure that it works without issues on production. How we did it then was to have a feature flag with a condition that the user email ends in @your-company.com.

You can do feature switch for various reasons, some of them are:

How to do feature switch?

There are many ways to do a feature switch for this post as an example I will add a new payment method to a checkout. For this task, I will use a simple if condition. Other ways of doing feature switch can be with a cookie or even some settings in the database.

The simple checkout already has 2 payment methods Cash and CreditCard. We will add PayPal to it. The current proof of concept implementation only shows the order total. For, Cash it shows 5 more than the credit card as it adds Cash On Delivery (COD) fees.

The code is an addition to my previous post on unit testing with Laravel. If you have not read it, I highly recommend you to do it. This example has tests too.

Let us take the example of a simple feature switch with adding a new payment method Paypal. It should be accessible only if your email ends in @gmail.com. You should use your-company.com email but for an example, I will use gmail.com.

There is a simple Checkout service that has a calculateTotal method. It calculates the total depending on the payment method and now email.

The feature flag/switch code is in line 21-23. It checks if the payment method is PayPal and email does not end with @gmail.com. The
endsWith method in Laravel helpers came handy to do it. So PayPal is only available if your email ends in @gmail.com. You can check this pull request for full changes and related tests.

So let's assume, that you tested PayPal intensively on your production environment. When you are satisfied you just remove the condition and fix the related tests and you are done. Deploy again do a final round of testing and you have PayPal on production, all your customers can use it after that.

Stop making big tasks/tickets that take weeks to complete. Apply feature switch and deploy small things. Test them on production without anyone noticing.

Always test critical things on production in a hidden way like a new payment method. Practice feature switch and get your code passed through your workflow to production.

Hope you will benefit from feature switch and suggest it to solve complex problems.

3 reasons why web developers use Macs