A gentle introduction to Object-Oriented Design

If you are any of the following:

…then this guide is for you.

Otherwise, you might still get a thing or two here. Maybe this serves a good refresher. Perhaps, you’d notice some mistakes as well, in which case please let me know and I’ll be more than happy to make the correction and credit you :)

This is not meant to be a comprehensive guide on OOP. There are already hundreds of books and videos for that. Instead, this is a primer for those who are just starting to get their feet wet with OOP. I will try my best to limit the jargon and terminologies to avoid bogging you down, or else I’ll be defeating the very purpose of this guide.

As such, I won’t be discussing things here like the 4 pillars of OOP, GoF design patterns, SOLID, or other software development principles rooted in OOP. Some of these topics will be (sneakily) touched upon as it is impossible not to do so, but I won’t go into detail to avoid information overload.

With that out of the way, let’s jump right into it.

What the heck is OOP?

OOP stands for Object-Oriented Programming, sometimes referred to as OO when used as an adjective. As the name suggests, it is an approach wherein you model parts of your code as if they are individual objects with specific characteristics, states, or behaviors.

You can think of your program as an actual piece of hardware with individual components that when combined together works as a single unit. Each component would have their own characteristics, their own behavior, and their own state at a given time.

A good analogy is a desktop computer. Within the system unit, it contains many parts each with their own responsibility (i.e. memory/disk for storage, CPU for all the processing needs, etc.). Then you’ll also have peripherals like keyboard, mouse, or display devices, which serve as your bridge to the external world - accepting inputs or giving outputs.

Your program, in a way, can also be modeled like that. It can be divided into multiple logical parts then combine them together. If you’ve modeled it properly, you can should also be able to easily swap out same type of parts but with probably different characteristics like how you can switch out a graphics card for another that has better specs and performs differently.

One of the first things that you’ll learn in programming is the data type or simply type. You’ve probably already encountered this when declaring or assigning variables like so

What this basically does is that it tells your computer that the data you are storing is of type integer, denoted by int keyword, and should be treated as such. Its category is an integer and not a floating-point number, boolean, nor a string, etc.

In OOP, you have the power to create your own type. In most OO languages, this comes in the form of a class. To demonstrate, let’s have a simple Box

There can be many types of box:

to name a few.

These are all wildly different but they all fit our basic idea of what a box should be: some sort of an enclosure to store something. 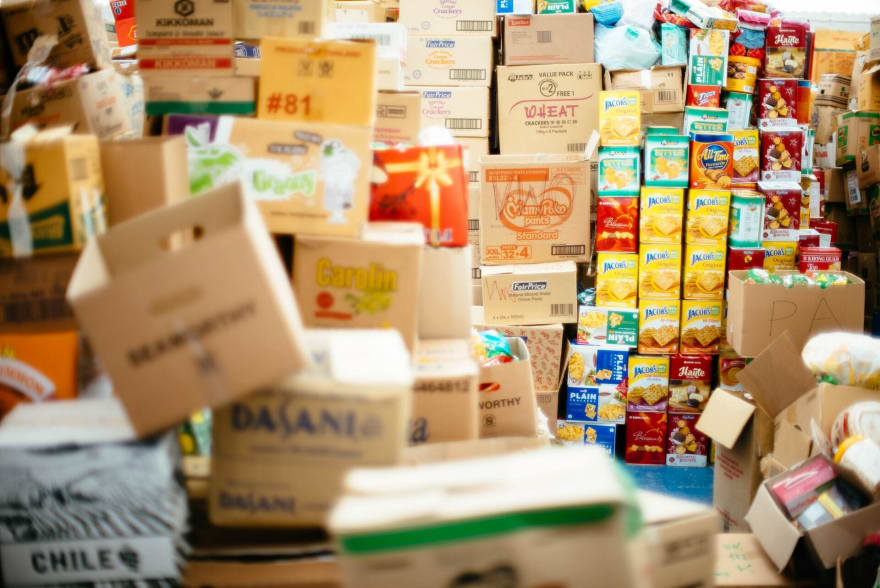 If we were to play a Bring Me game and I say “bring me a box”, I can accept any of those boxes we’ve mentioned.

But if I said “bring me a lunch box”, then I won’t accept a shoe box or any other kind of box.

This gives us the option to be either very specific or more generic depending on our expectations or use-cases.

When houses or buildings are made, they don’t just magically appear out of thin air (duh). It starts with a careful plan detailing its structure and contents - the blueprint. The blueprint then becomes the basis when the construction begins. 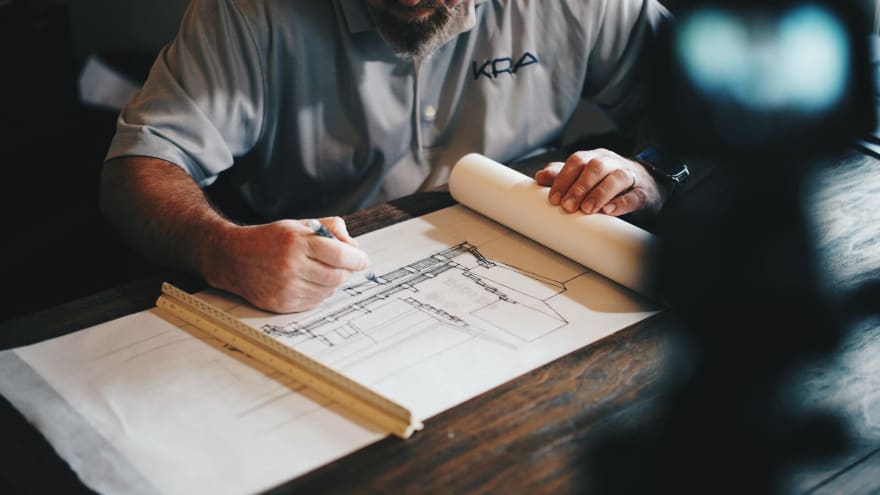 In OOP, it’s the same. You start with a class that defines how your object is going to behave and look like.

This is your object’s blueprint but it doesn’t necessarily mean that your object already exists. That’s why you need to instantiate or create it using the constructor. Think of your constructors as the actual workers and heavy machinery that helps build your brand new house.

💡 What is a constructor?
In class-based OOP languages, a constructor is the a special method of a class whose sole purpose is to create an object instance for that class.

By default, every class has a public (accessible by anyone) no-args constructor. You can change that by having an explicit private constructor but that’s already beyond the scope of this guide.

This is neat because you have the ability to create multiple independent instances. If you need to, you may change one House without affecting the other. But even then, they are still considered to houses because that is their type. 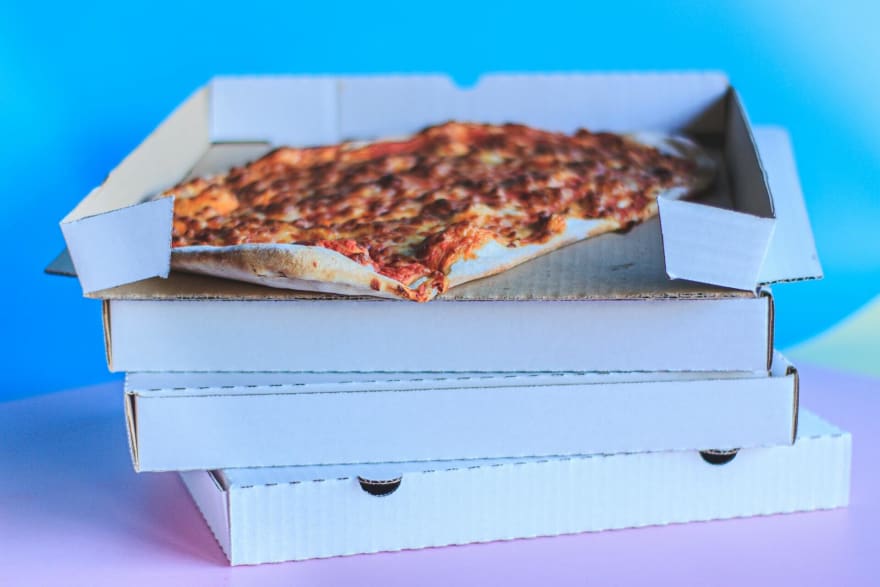 Suppose we want to create an app for a pizza shop. One may write Pizza as follows:

This is not necessarily wrong. But going back to our earlier definition, OOP is about modelling our code like it’s a real-world object. If you think about it, price isn’t part of an actual pizza. Otherwise, we’ll being eating pizzas with price tag.

Instead, we can have a separate class that can contain that information. And in doing so, we can even add more details that’s not part of the pizza itself!

In the future, if we needed to change Pizza , say we wanted to offer different kinds of Crust, we can do so without affecting PizzaOrder.

Whenever you write classes, ask which goes with which. Remember that the members (e.g. fields, methods, etc.) in a class should have high cohesion - meaning they should be closely related and should be part of the enclosing class. In this example, we created a new PizzaOrder which can group the information in a more sensible way.

A physical system like a machine would usually be composed of different parts each with their own purpose. Let’s take for example a car.

For the purposes of this discussion, we’re going to oversimplify the parts of a car, namely:

With just this basic parts, maybe our car would look something like this: 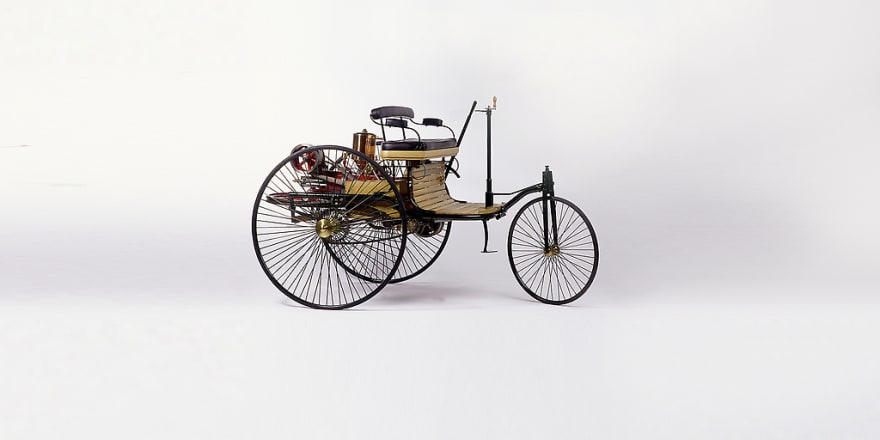 Notice how each of the parts have their distinct purpose? So instead of just dumping every behavior in a single class called Car , we can opt to a separate each part into their own classes and assemble together later.

This seems to be a lot of code. But why do we have to do this?
Much like in the real world, software components can be swapped out for something else that has a more desired characteristic or behavior.

Suppose we wanted to have a faster car and we’d want to swap the engine. We can easily do so by giving the car a different engine.

Imagine our modern day cars if the parts are not distinct from the car itself and could not be replaced, shall we buy an entire car every time something breaks?

Now we know how we can categorize things, group relevant information together, and separate responsibilities, we can take it up a notch and create divisions **between two distinct parts so they become independent of each other.

Take a look at your phone. See that hole below? That’s your charging port, right? That’s also where you plug the cable in case you want to make file transfers to and from your computer.

USB-C and Lightning are types of interfaces. They allow you to connect different things to your phone as long as they follow the form factor. You can think of that form factor as the contract between your phone and whatever cable or device you’re connecting to it.

In OOP, we do this with… guess what? An interface.

Remember the Bring Me Example earlier? This is exactly the same except that the we’re looking at interfaces instead of classes. What this tells us is that an Android phone wouldn’t care whatever you connect to its port, may it be a charger or a computer, as long as it fits the contract - a USB-C. The same is true for iPhone but with Lightning.

The port creates a physical boundary between the phone and the external device. And this allows us to easily swap out the device we’re connecting to it.

💡 Agnostic and loose coupling
The phone port is a good demonstration of how components should be agnostic and loosely coupled to one another.
Agnostic refers to a component being ignorant of the thing being plugged to it as long as it fits certain characteristics. In this case, the phone can handle either charging or file transfer as long as you use the designated connector for its port.
Loosely coupled means you can attach or detach something from a component and the component can still act independently without the other. When you disconnect your charger from your phone, your phone still functions normally (as long as you have battery of course!)
In significantly large projects, software components are designed to be loosely coupled so they can be easier to modify, fix, or test in isolation. One example is the database access. With interfaces, we can connect our application to a different database i.e. an in-memory database which only stores data temporarily. This can serve as a fake database where we can conduct our tests safely instead of connecting directly to a real persistent one.

Modeling a Banking system in OOP

Once suspended, gervg will not be able to comment or publish posts until their suspension is removed.

Once unsuspended, gervg will be able to comment and publish posts again.

Once unpublished, all posts by gervg will become hidden and only accessible to themselves.

If gervg is not suspended, they can still re-publish their posts from their dashboard.

Once unpublished, this post will become invisible to the public and only accessible to Gervin Guevarra.

Thanks for keeping DEV Community 👩‍💻👨‍💻 safe. Here is what you can do to flag gervg:

Unflagging gervg will restore default visibility to their posts.