For the last couple years I have kept my attention away from the crypto space, to avoid the toxicity that can come with it. 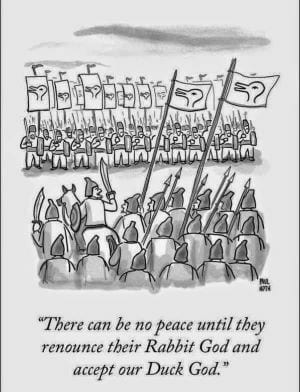 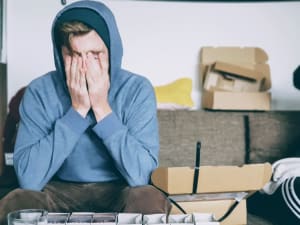 I needed to get out of the space for my own peace of mind. Now I'm back and I'm glad to see the innovation everywhere in the crypto-space. Then I ran across something called ICP.

What is it? (simplified)

The Internet Computer Protocol (ICP) is a (potential) alternative to cloud providers (like AWS and Azure) but built on blockchain. Rather than being hosted on centralized servers, applications can be deployed to a few nodes (servers) around the world.
Then the application is run simultaneously on each node and then the all nodes' results are cryptographically compared and validated. The validation requires the majority of the nodes to have the same result. This prevents bad actors from manipulating the application's processes.
This is where the ICP blockchain comes in. It determines a consensus for the valid result. Unlike other blockchains, nodes are run by providers that meet certain hardware requirements and approved by the community through the Network Nervous System (NNS, explained below) and are approved by the community.

WAIT, I CAN'T RUN MY OWN NODE? THAT ISN'T DECENTRALIZED!

No, you probably can't. And this is by the protocol's design.
Instead of getting a 'vote' by running a non-ICP blockchain node, control is given to users who are holding ICP tokens for 6+ months. Those users can vote through the Network Nervous System (NNS) on any and all proposals. These votes (and again, unlike other blockchains) execute in the NNS meaning it can be community governed and upgrade itself or anything in the ICP network.
This node provider method also avoids the common issue with other 'decentralized' blockchains, where nodes are often run on AWS or in large mining facilities. Every blockchain has their pros and cons but I'm optimistic about the ICP 'node provider' way of thought. Even if we want everyone to run their own hardware and be completely distributed, it's not going to work anytime soon because of humans. Humans don't want to manage something like that unless they are an enthusiast. The technology has to change first.

Here is a brief explainer video from the creators of ICP.

Why am I excited?

As a web developer, I finally feel like I can use my skills and contribute to the Web 3.0 movement. Smart contracts are game changing because it allows public databases and transparent validation of data, but its hard to develop with. I see the ICP helping with a lot of their pain points:

What am I doing?

My first project is the un-sexy work of encoding, parsing, and infrastructure work in .NET. As a developer I want to understand the protocol, starting with Types and the HTTP Interface. I used my knowledge of .NET to implement a library that allows .NET code to communicate to the Internet Computer over HTTP. This took me down a rabbit hole, reading messages byte by byte, that I never would have seen without doing it myself.

The library is functional but still needs some polish and features, so I will be staying with this project for the near future.

I plan on blogging some of my progress and thoughts on ICP as my journey continues, so stay tuned.

Staking. What happens behind the scenes. Brief code walkthrough and mathematical calculation

Ethan Celletti
Feature Flags in .NET, from simple to more advanced
#dotnet #azure
Github copilot is out of beta, would you use it ?
#discuss #programming #productivity #github
How do you deal with Mouse Arm Syndrome !
#discuss #help #community #programming

Once suspended, gekctek will not be able to comment or publish posts until their suspension is removed.

Once unsuspended, gekctek will be able to comment and publish posts again.

Once unpublished, all posts by gekctek will become hidden and only accessible to themselves.

If gekctek is not suspended, they can still re-publish their posts from their dashboard.