Android, the mobile OS by Google plays a vital role in the enhancement of mobile apps and devices. Almost half of the world population prefers Android over other operating systems or devices. The massive popularity of the Android devices is generating tremendous demand and great acclamation for mobile apps in the Android app market.

Internet of Things (IoT) is one of the most prominent areas where Android app development is continuously contributing to a plethora of functional benefits. IoT refers to a state of various smart devices connected with each other over the Internet. They use sensors and internet connectivity to help receive, collect and transmit the information. 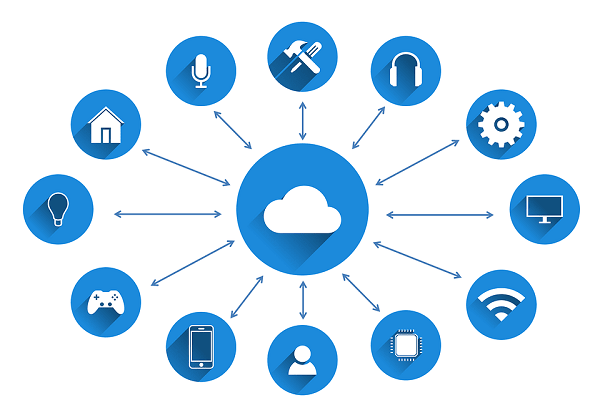 IoT empowers people to seamlessly control the home appliances – like TV, refrigerator, toaster, treadmill, and more right from our smartphones, backed via powerful platforms like Android. Android app developers are introducing robust mobile apps in the app store to control the connected devices better. Let’s have a detailed understanding of how Android is the driving force for IoT.

How Android Plays a Vital Role in IoT

Applications are the Basis: Apps are the critical element to run and operate the IoT enabled devices. Appropriate software or application is required to make it possible for connected devices to run and perform defined tasks conveniently. In the recent times, Android is the widely used platform in the world for the development of the controlling apps for IoT enabled devices.

IoT is Based on JAVA: Most of the IoT devices are built using Java, the official language for Android development, and this makes Android the highly capable platform to drive IoT. The Android OS lets utilize Java in a more efficient than the embedded Java, which needs dedicated devices.

Android Is the Universal Front End: Android is rapidly growing as a software platform since it was made available for the developers and device makers by Google. As an open source Linux-based software, it enables developers to deploy and modify the source code for various gadgets and devices. It makes Android’s application for IoT implementation hassle free.

The Use Cases of Android in IoT Ecosystem Includes;

Devices- A device or processor with an OS is needed for an IoT ecosystem to support its components. Android devices are considered as the most affordable choice for in the majority of the cases as they come with an ability to meet all the support requirements for various sensors.

Data Transfer- In IoT, a supporting component is required to transfer data from the sensors. Android supports open source implementations, and their libraries are for use with Windows, Android, and Linux platforms.

Sensors- A sensor helps identify the physical properties of the device, like temperature, and further produce digital signals. Android is the most popular choice of device makers as it is open sourced and can be modified to be used in any device.

Conclusion- The battlefield for operating systems is not limited to just smartphones now; it has been extended to meet the soaring demands of connected devices. Android seems to have conquered the market with most of the smart devices running on Android OS. Developing mobile applications using Android platform help any IoT enabled device to perform seamlessly and stay competitive in the market.

tech.geekk
I love Writting About Tech
Do Better in Coding Interviews by Being Confident and Humble
#webdev #beginners #jobs #career
Do you stream on Twitch, YouTube or elsewhere?
#discuss #twitch #youtube #learninpublic
DEV Should Remove the Authors Ability to Hide Comments
#discuss #community #meta #writing

Once suspended, geekktech will not be able to comment or publish posts until their suspension is removed.

Once unsuspended, geekktech will be able to comment and publish posts again.

Once unpublished, all posts by geekktech will become hidden and only accessible to themselves.

If geekktech is not suspended, they can still re-publish their posts from their dashboard.

Once unpublished, this post will become invisible to the public and only accessible to tech.geekk.

Thanks for keeping DEV Community 👩‍💻👨‍💻 safe. Here is what you can do to flag geekktech:

Unflagging geekktech will restore default visibility to their posts.