Read Part 1 Setting up Kubernetes and Kubernetes Dashboard using Docker Desktop. In this article, we will be deploying a WebApi and MySql Database to Kubernetes. To understand the process, here is a visual representation of the different components we will be creating. 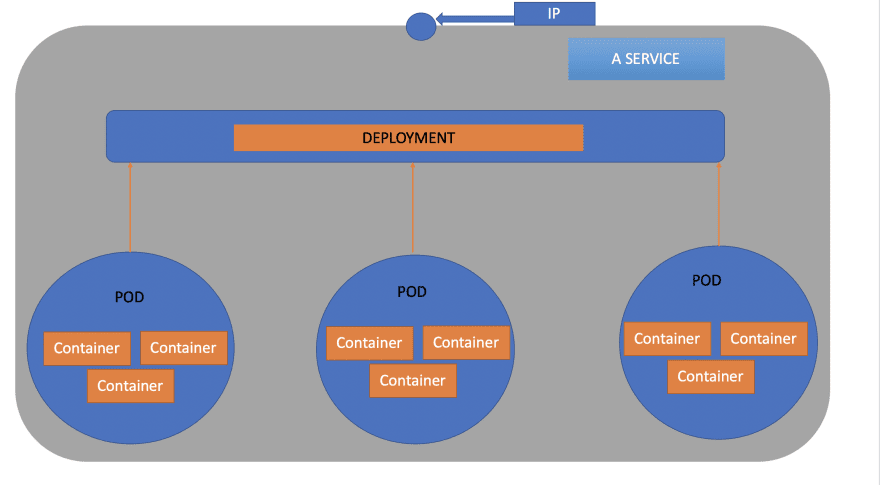 To deploy an application to Kubernetes we need to create a Deployment which is a blueprint of the application itself; we expose our deployment to other components by linking it to a service that acts as a gateway to the pods which is our application.

What is a Deployment?

A deployment object has the required information of how pods will be created and how will they run and communicate with each other, it contains information on how an application will be set up and configured. For this tutorial, we will be creating two Kubernetes Deployments one for the MySql Database and the other for the API.

A Kubernetes Deployment can be created by configuring a YAML file. 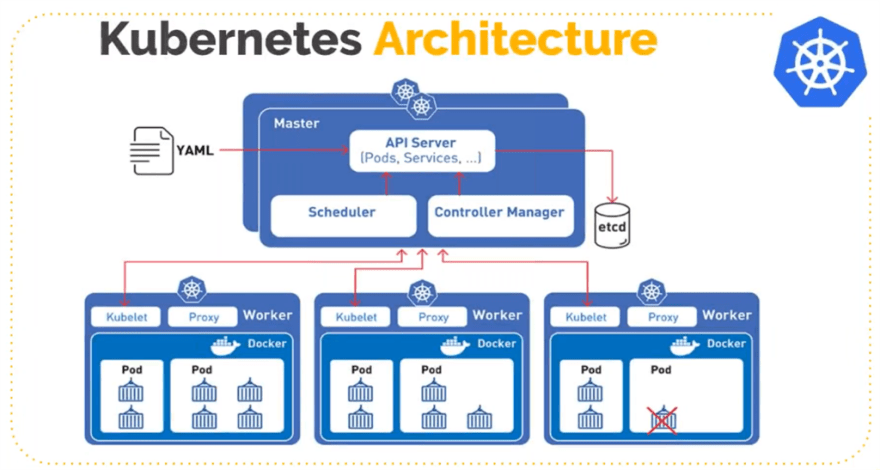 Lets Go through the YAML file

If we check for the pods

One pod has been created and it has started running

Because pods can easily be destroyed we create a volume to ensure data in the MYSQL pod can be persisted even when the pod is destroyed. Think of a volume as a hard drive storage that attaches to the pod.

As with the other deployments we specify the kind, metadata, and labels we then specify the access modes. This defines the way pods can interact with the volumes.

ReadWriteOnce- If you need to write to the volume but you don't have the requirement that multiple pods should be able to write to it. We have just one MYSQL pod so we use this.
https://stackoverflow.com/questions/57798267/kubernetes-persistent-volume-access-modes-readwriteonce-vs-readonlymany-vs-read]

At the tail end of the (my-sql-pv-claim.yaml) file, we use a configMap to store a MYSQL initialization script to create a Users table.
A ConfigMap is an API object that lets you store configuration for other objects to use.
*To loop multiple YAML documents in a single file separate them using(---) *.

A Volume mount is used to mount the container at a specified path. The MySQL container mounts the PersistentVolume at (/var/lib/mysql). and the MySQL table creation initialization script is mounted at this location(/docker-entrypoint-initdb.d). As specified in the MYSQL Docker Hub Documentation.

For the MySQL deployment. Don’t forget to create the claim first otherwise, you would have a mounting issue.

Every Kubernetes Deployment needs to seat behind a service. A service can be defined as a logical set of pods. Because pods are dynamic and change frequently. It is important to provide a stable interface to a set of pods that does not change. Service provides that interface and maintains a stable IP Address. The service's IP and name can be used to communicate with external components that want to interact with the pods.

.We use a NodePort type of service since we have only one pod and NodePort opens a specific port on each node of the cluster and traffic on that node is forwarded directly to the service. So there is really no need for LoadBalancing the request since we only have a single pod for our DataBase.

It is similar to the mySqlDeployment.yaml with a few changes to the image and the pod name. We set the DBHOST to be (mysql-service). Which is the name of the DataBase service, and then we specify the environment variables to connect to the MYSQL service. 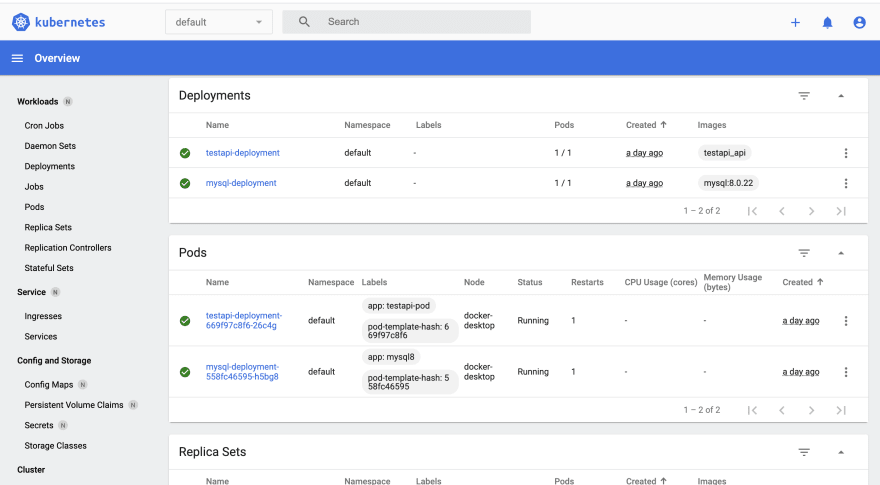 I just discovered this awesome channel TechWorld with Nana. Check out some of the videos here

Tune up your Kubernetes Application Performance with a small DNS Configuration

How to Bulk Email with C# and .NET: Zero to Hero

How to use Hashids with AutoMapper

Once suspended, gbengelebs will not be able to comment or publish posts until their suspension is removed.

Once unsuspended, gbengelebs will be able to comment and publish posts again.

Once unpublished, all posts by gbengelebs will become hidden and only accessible to themselves.

If gbengelebs is not suspended, they can still re-publish their posts from their dashboard.

Once unpublished, this post will become invisible to the public and only accessible to Elegberun Olugbenga.

Thanks for keeping DEV Community 👩‍💻👨‍💻 safe. Here is what you can do to flag gbengelebs:

Unflagging gbengelebs will restore default visibility to their posts.