Not that long ago Apple introduced trackpad and mouse support in iPadOS 13.4, so I decided to connect my Magic Mouse to my iPad Pro 11" (2018) and even though some apps didn't include real trackpad support yet, it worked like a charm! Even the hover and drag events worked in Safari!.

I decided to try running VS Code on the iPad, and with a mouse it worked almost flawlessly! 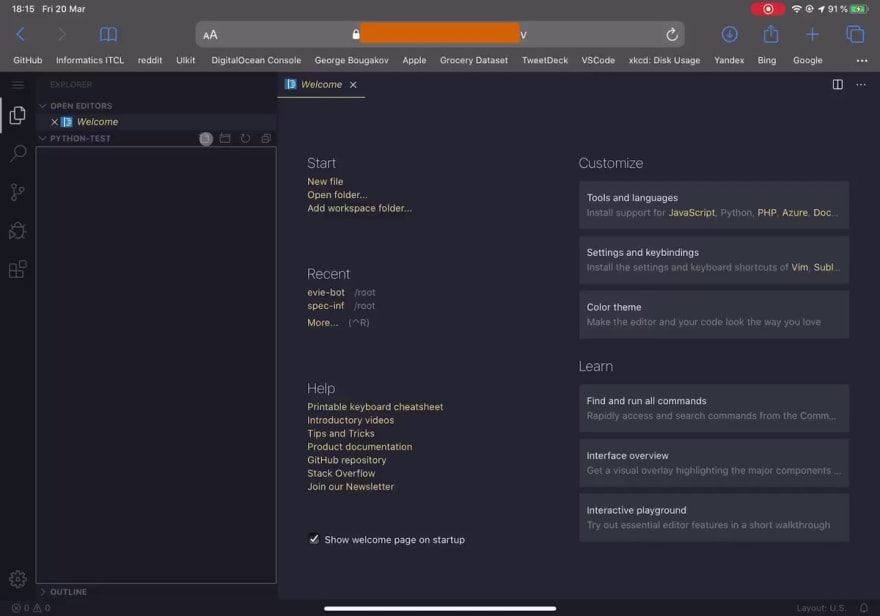 After Apple introduced mouse/trackpad support on the iPad, I decided to try out Visual Studio Code on it and it works flawlessly (debugger too)!

Quite a few people asked me how I did that and the answer is code-server.

VS Code in the browser

Run VS Code on any machine anywhere and access it in the browser. 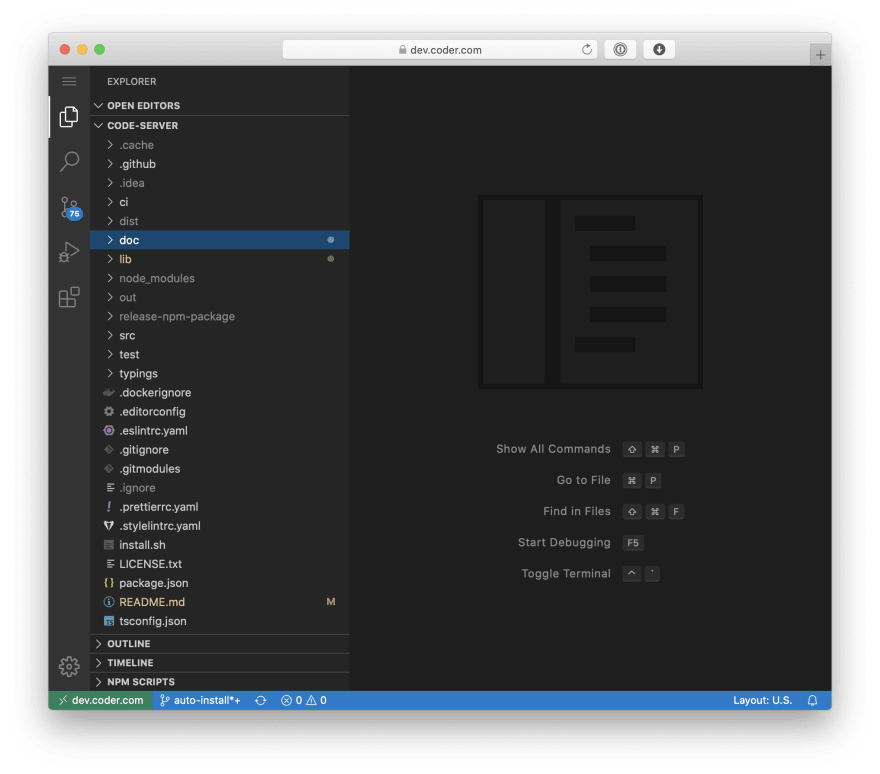 There are two ways to get started:

If you choose to use the install script, you can preview what occurs during the install process:

When done, the install script prints out instructions for running and starting code-server.

We also have an in-depth setup and configuration guide.

It works by running the language server (debugger and IntelliSense), extensions and the file system part in the cloud on a VPS, and rendering the UI in your browser. It is able to do that because VS Code is actually written using web technologies and packaged with Electron.

Let's set it up

Step one. Get a server

It can be a Mac Mini in your attic, a rented server from AWS or anything that runs Linux or macOS, some people have even tried using a Raspberry Pi with an iPad and it works like a charm.

Download the latest prebuilt binary from the GitHub Releases to your server. Untar/unzip it somewhere.

cd into the code-server directory. There will be an executable file called code-server

Variant A. If you don't want to set up SSH forwarding (faster, more convenient, requires a registered domain, less secure)

First of all, get an SSL certificate
You can get one for free from Let's Encrypt using acme.sh. Their README is pretty easy to follow, so I won't get into much detail.

Then, you can run code-server with

Et voila! You can now open your browser, enter the password you set in the environment variable and code

Variant B. Set up SSH forwarding (requires an SSH client, but is easier and more secure)

In your SSH client, run

An SSH session will open, where you can start code-server with

Now, open http://localhost:[PORT] in your browser and code!

But how well does it work on the iPad?

If you have a keyboard and a mouse, the experience is flawless... almost. Here are a few quirks:

Do you actually use it?

Yeah! I am a backend developer by day, and it's great coding on an iPad. Frontenders will disagree because iPad Safari lacks devtools, but let's hope that will change in iPadOS 14 :)

This is my first article on dev.to and I'd love it if you share your feedback in the comments! Also, feel free to ask any questions :)

How I set up VSCode for productivity? [Checklist]

George Bougakov
A 15 year-old who hacks things together
Don't Use VSCODE Anymore!
#programming #vscode #php #sublimetext
16 side project GitHub repositories you may find useful
#javascript #sideprojects #react #productivity
What was your win this week?
#discuss #weeklyretro