Closure is when a function "remembers" the variables outside of it, even if you pass that function elsewhere.

The full reference can be found on - MDN 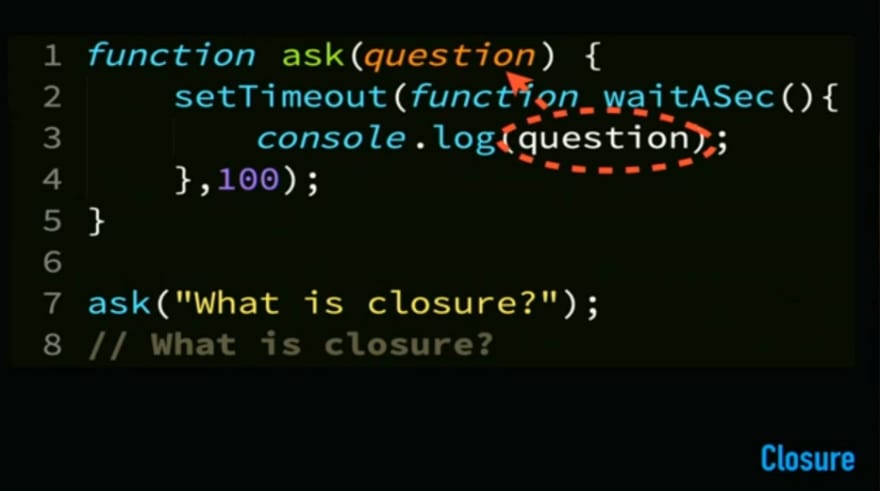 In the above example, the variable question will remian alive, even after 100ms of execution of parent function. 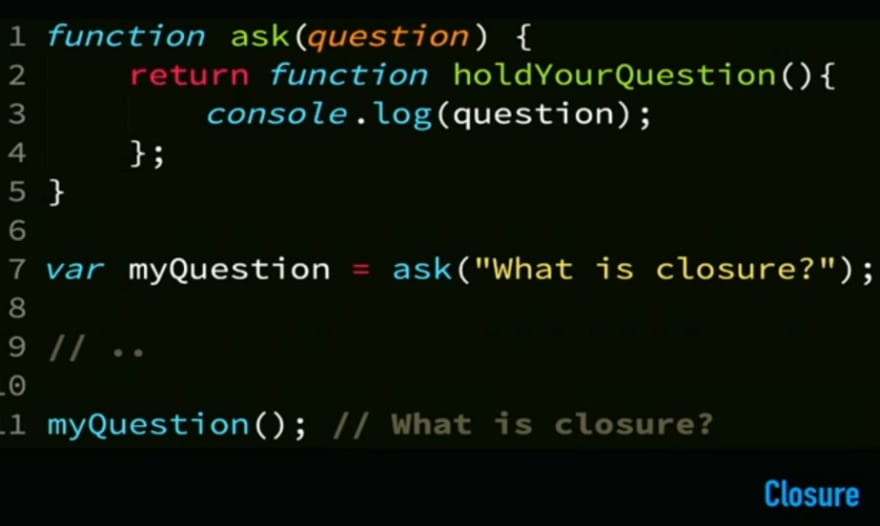 A this-aware function can thus have a different context each time it's called, which makes it more flexible & reusable. 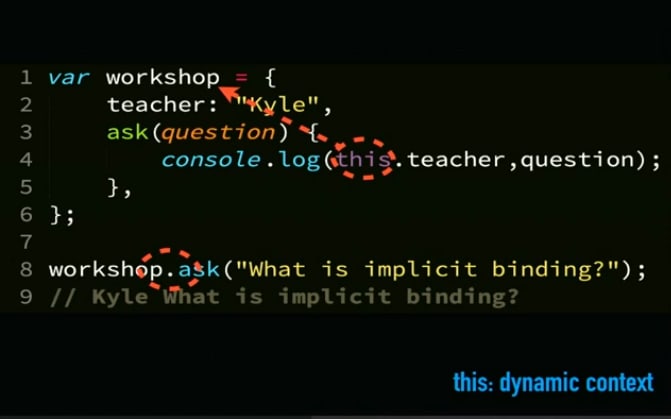 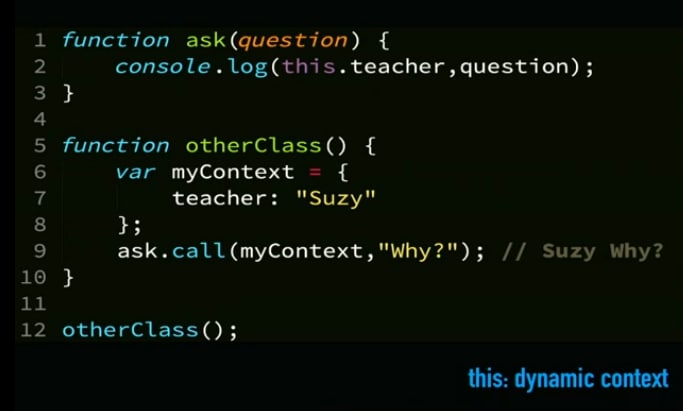