What are PCI Devices ?

A PCI device is any piece of computer hardware that plugs directly into a PCI slot on a computer's motherboard. PCI, which stands for Peripheral Component Interconnect, was introduced to personal computers by the Intel Corporation in 1993. The technology to operate PCI is integrated into the motherboard of nearly every personal computer manufactured since 1995. A PCI connection on a motherboard can be identified as a long strip of raised copper connectors encased in plastic. This long strip of connectors is usually called a bus.

The PCI bus is not as fast as the system bus. Its primary purpose is to facilitate communication of hardware devices of all types such as audio, video, network or graphics with the microprocessor.

Command to list down all PCI devices in linux system.

The lspci command is used to display detailed information about all PCI buses and devices in the server or desktop or laptop powered by Linux operating system.

lspci –tv command will list down all the PCI as tree structure because of –t and due to -v shows the device vendors and names. 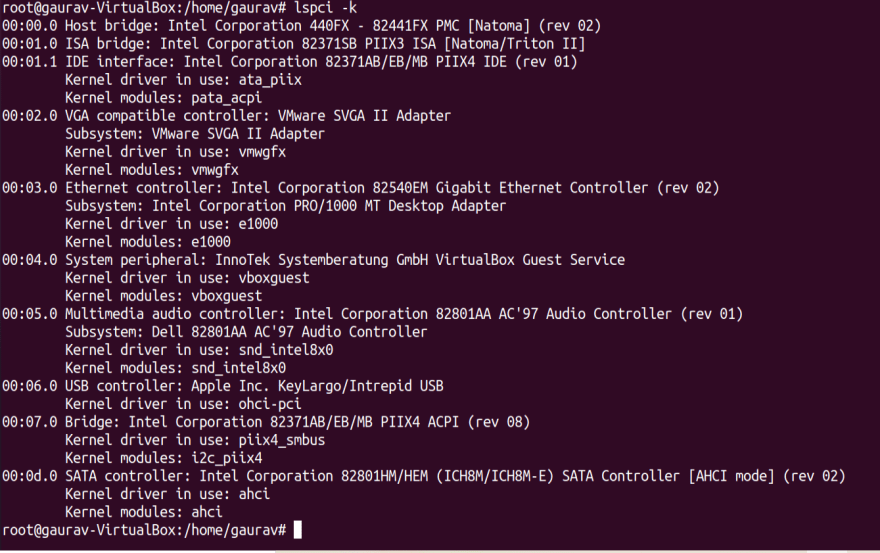 lspci -m is used If you want to pass the output of the lspci command to a shell script, you may want to use -m option (or -mm option) as shown below.
This option is also helpful when you want to view the subsystem information.

lspci -n If you want to display the PCI vendor code, and the device code only as the numbers, use -n option. This will not lookup the PCI file to get the corresponding values for the numbers. 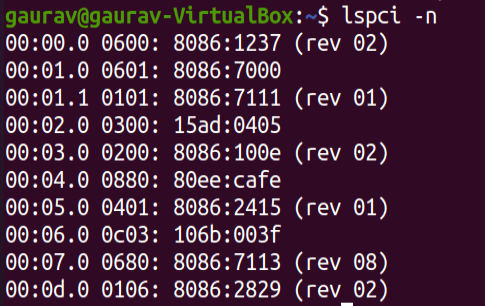 Note: If you are not able to apply the switches(lspci [<switches>]) install pciutils.

Here In the system I have 10 PCI powered by the Linux operating system.

5 Basic linux commands with detailed explanation and their resemblance to windows.

Creating a Linux User With Ansible

Gaurav Maheshwari
Hey !!I am an Open Source Enthusiast , Web Developer and Competitive Coder and believe in "Learning everything about something and something about everything".
Git Config and Git Aliases
#git #productivity #github #bash