App Stores... we need to talk. Google and Apple both have monopolies in the world of app stores for mobile devices. Since they have this monopoly they charge an outrageous fee for in app purchases, 30%! On top of that Apple also has some extremely strange ruling on apps they decide to run down of their app store, unless you cave into paying them.

Apple and Google, for years have been charging a 30% fee for all purchases made on their app stores. A fee which you would never see in credit processing from services such as Stripe, Braintree, or similar processors. Why? Apple and Google are the only two companies which have a monopoly in their markets. Apple even more so with the extremely strict regulations on their store. Not only does Apple take a fee for app purchases, they also charge $100/year. Google also charges $25, however as a one time fee.

There has been many cases where Apple will try to remove apps off of the app store who do not subject themselves to the Apple tax by only allowing charges through their own website. An example of this can be found in a recent Twitter thread which prompted me to write this. https://twitter.com/dhh/status/1272968382329942017

In that thread you will see one of the tweets included an email from Apple saying they will take down the Hey app if they do not offer in-app purchases. 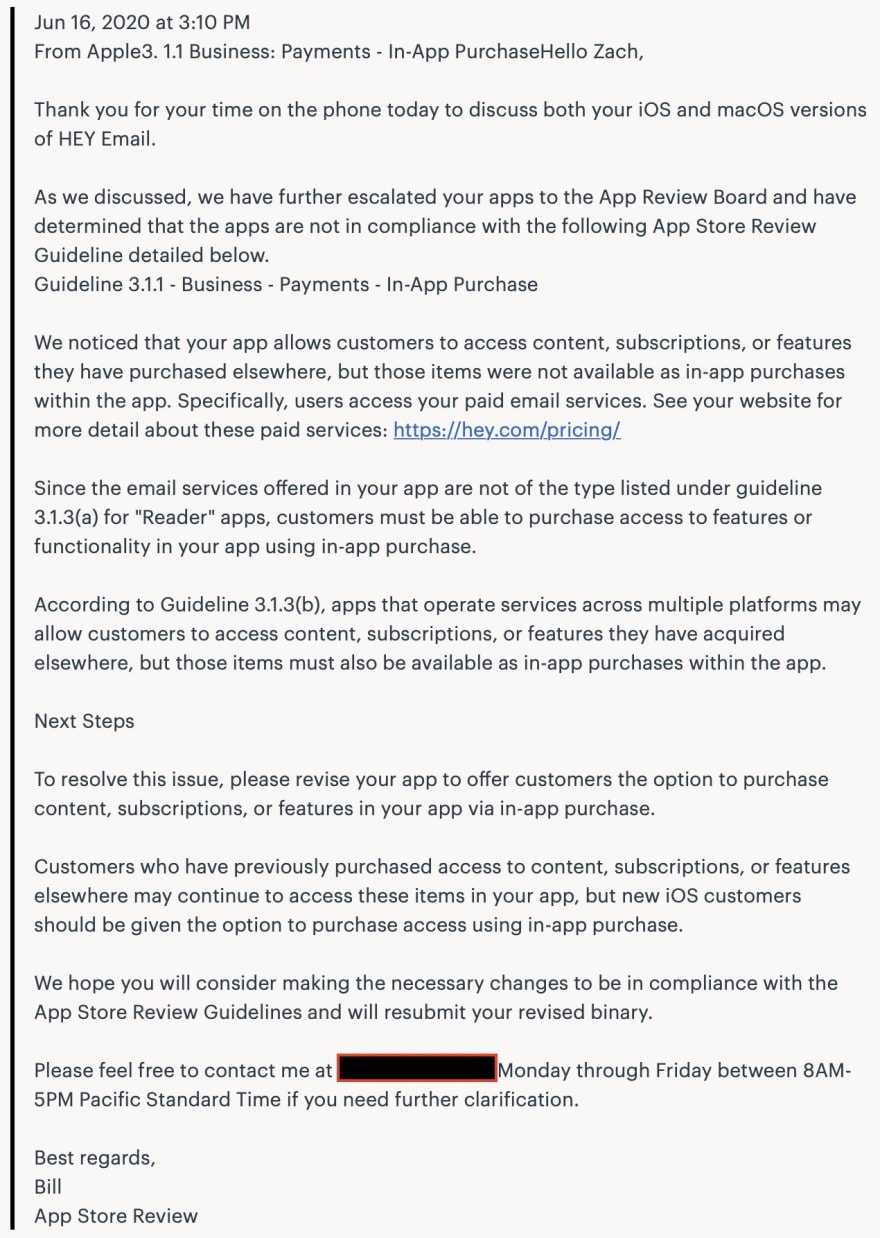 Yet there is also many apps that do the same thing, linking off to external webpage to purchase subscriptions that are still allowed on the app store.

Apple is most likely targeting the Hey app, because Apple sells its own email service iCloud mail. Therefore Hey would be considered a direct competitor to Apple, and of course Apple wants to keep all the profits for services to themselves.

Things need to change. Apple should not be allowed this monopolistic approach to the app store. If we keep allowing big tech companies like Apple and Google to go down this road, they will own everything about us, and there is almost nothing we can do to stop it unless we act now.

My question for you is, what do you think we need to do in order to make this change happen? Do you think anything will change anytime soon?

Removing Google Analytics does it have an impact on the ranking?

How to integrate chatGPT in WhatsApp on Android?

Once suspended, garretharp will not be able to comment or publish posts until their suspension is removed.

Once unsuspended, garretharp will be able to comment and publish posts again.

Once unpublished, all posts by garretharp will become hidden and only accessible to themselves.

If garretharp is not suspended, they can still re-publish their posts from their dashboard.

Once unpublished, this post will become invisible to the public and only accessible to Garret.

Thanks for keeping DEV Community 👩‍💻👨‍💻 safe. Here is what you can do to flag garretharp:

Unflagging garretharp will restore default visibility to their posts.