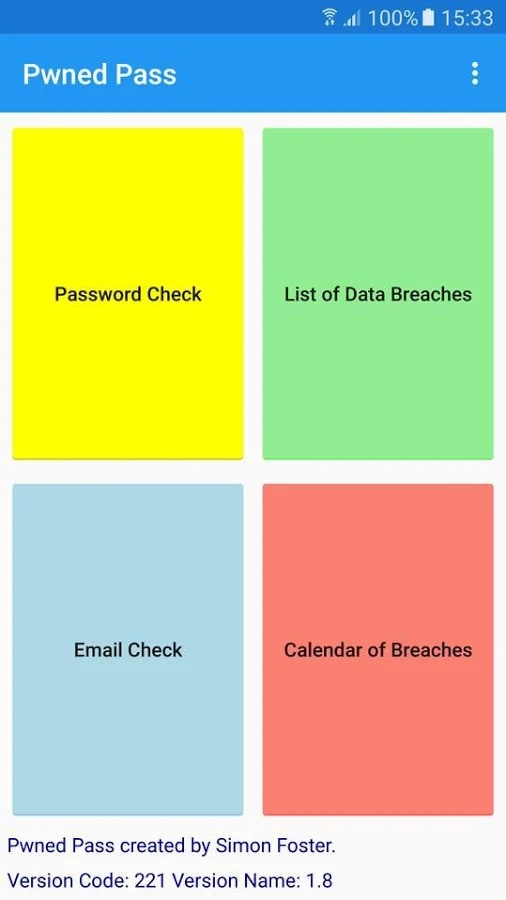 A new version of Pwned Pass is available from Google Play.

A couple of weeks ago Troy Hunt released V2 of Pwned Pass onto his haveibeenpwned website. There are now over half a billion passwords that have appeared in data breaches for you to search.

This time Troy has included information about how many times a password has appeared in his data. So “password” returns a value of 3,303,003 so is a really, really bad choice of password to use. However the password “windows 10” has only appeared twice so is much better, however I would still recommend avoiding using it.

One of the great things about the internet is that on the day of release I was tweeting Troy so I could get my android app updated to take advantage of these new features. I even helped him identify an issue with the documentation on his site. He has also kindly add a link to my app onto his website.

That conversation and link has lead to a massive increase in app downloads. Before I was going steady on about 14 installs, now I have 86 active installs. I am not sure if this will increase anymore but if you are reading this because you downloaded my app, then thank you.

My app has four main features:

Password Check – this allows you to search a password and see if it has appeared in a data breach and also the number of times that password has appeared.

Email Check – this allows you to search your email address and see which data breach it has been involved in.

List of Data Breaches – this lists the data breaches from haveibeenpwned.com you can also sort by Date Added, Number of accounts and name.

If you like my app do let me know. I have received a few ratings on google play it would be great to get a few more. If you want me to add a feature or have ideas of how I could improve it let me know as well.

How to install Homebrew on your ARM based Mac