Note: Don't assume you haven't been affected and check your hacktoberfest profile! This problem applies even after conclusion of hacktoberfest on October 31st.

I wanted to bring to attention an issue with hacktoberfest that was discovered over the past couple of days. This affects anyone who has pull requests still under review after hacktoberfest ended on Oct 31st.

I discovered this problem when I started receiving messages from authors who contributed to some repos I managed for hacktoberfest because their PRs were being invalidated by the ineligible repository tag although they were previously accepted.

If you want a detailed explanation of what is causing this, see the issue I raised with the organisers of hacktoberfest on github. 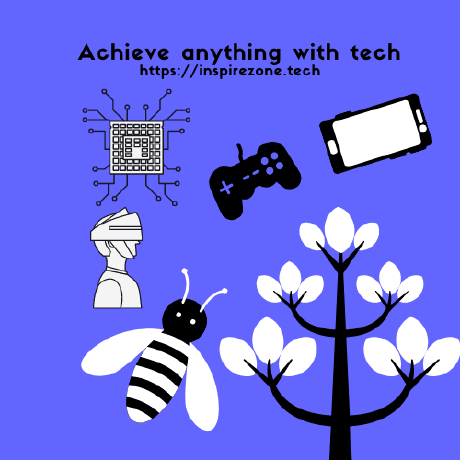 Describe the bug Pull requests accepted by repositories participating in Hacktoberfest during Oct 1-31 will become marked as "Ineligible Repository" if the repository removes their Hacktoberfest label after Oct 31.

Screenshots This unexpected behaviour described has affected pull requests I submitted. I had 7 pull requests submitted and merged during Hacktoberfest but 4/7 are showing now showing as "Ineligible Repository". On the 3 pull requests that are still valid, I noticed the participating repo still has the Hacktoberfest label (And I assume the label was never removed).

I don't have a screenshot of my Hacktoberfest profile when it showed I completed at least 4 pull requests but here is the email confirming I completed the challenge: 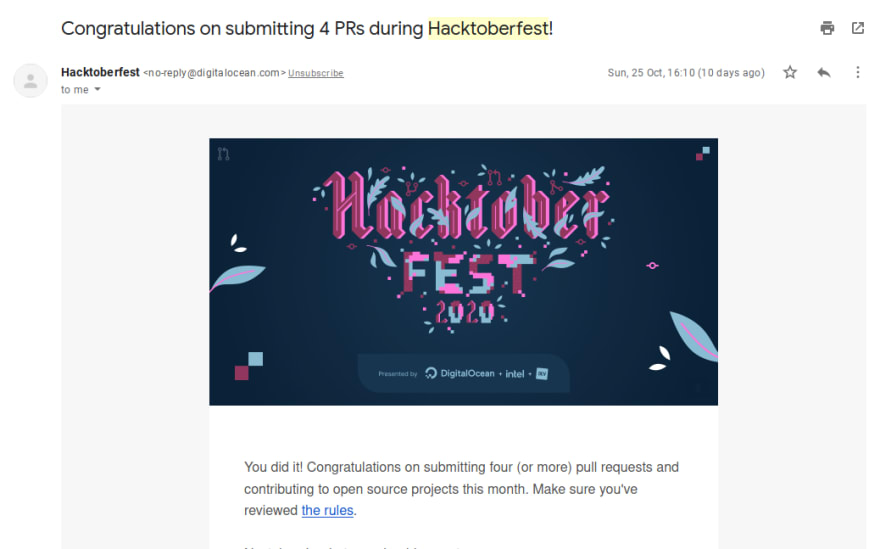 Here is the status of my profile now: 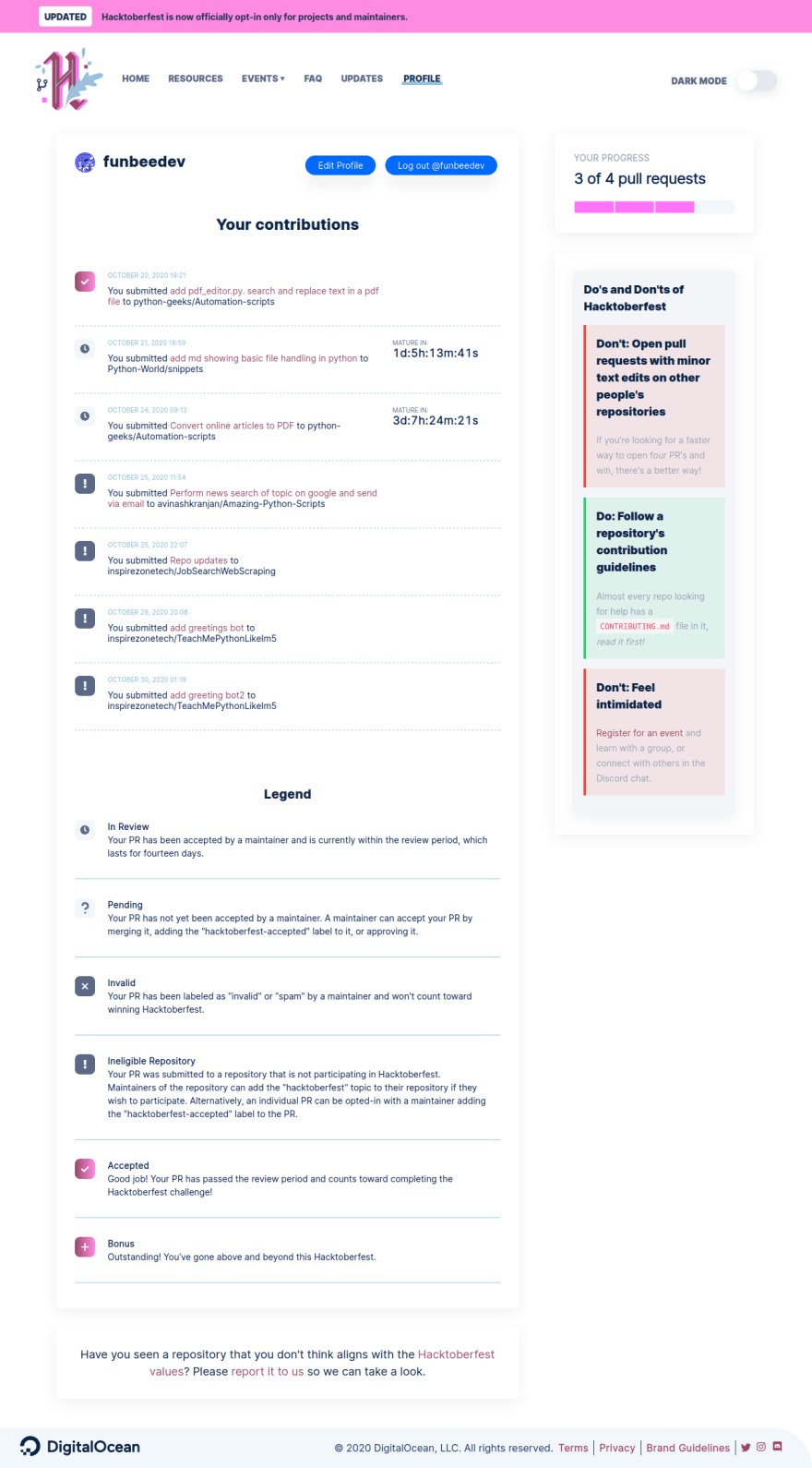 Additional context I realised this was a problem because on one of the repositories I maintain that participated in Hacktoberfest, an author mentioned one of their pull requests is not counting. I remembered I removed the Hacktoberfest label from the repo a few hours back. I checked my own profile and saw I was also having this problem.

If this is an unexpected behaviour across all repositories that participated in Hacktoberfest, it means many pull requests will become marked as "Ineligible Repository" if the pull requests was still under review after Hacktoberfest ended and the label is removed from the repository.

And people will not realise this unless they checked their profile. (I didn't receive any email alert for this).

How to avoid your PRs being affected if they aren't already

If you have PRs still under review check your profile now! Here's the link to access your profile:
https://hacktoberfest.digitalocean.com/profile

If you submitted a PR to a repo that did not mark your PR as hacktoberfest-accepted request for the repo maintainer to do so for the remainder of the PR review period.

Otherwise, if they remove the hacktoberfest label from the repo before the review period ends your PR will become ineligible and no longer count.

If you are affected

Unfortunately for those affected, we are still waiting to see if the organisers of hacktoberfest will fix this.

Send an email explaining you have been affected to hacktoberfest@digitalocean.com

Hopefully if more people get in contact they will be more likely to fix this :)

Thanks for reading and feel free to discuss the issue in the comments.

What do you think tech will look like five years from now?

What new badges would you like to see on DEV?

Fum
I work as an Embedded C Engineer. Interested in expanding my knowledge in other areas of software development. Building a collaboration community for devs at https://inspirezone.tech
Contributors Wanted! Teach Me Like Im 5 (Python & Bash)
#python #bash #opensource #hacktoberfest

Once suspended, funbeedev will not be able to comment or publish posts until their suspension is removed.

Once unsuspended, funbeedev will be able to comment and publish posts again.

Once unpublished, all posts by funbeedev will become hidden and only accessible to themselves.

If funbeedev is not suspended, they can still re-publish their posts from their dashboard.

Once unpublished, this post will become invisible to the public and only accessible to Fum.

Thanks for keeping DEV Community 👩‍💻👨‍💻 safe. Here is what you can do to flag funbeedev:

Unflagging funbeedev will restore default visibility to their posts.