The other day, the SRE NEXT official Twitter account announced that SRE NEXT 2022 will be held online on May 14 and 15, and the official website has also been published!

In this post, I will explain why we are holding SRE NEXT 2022 online and what kind of conference we want to hold.

What is SRE NEXT?

SRE NEXT is a conference for engineers who are deeply interested in reliability practices, and is run and organized by the members of SRE Lounge, another community-based SRE study group. This community is organized with mainly Japanese.

The first SRE NEXT 2020 was held in January 2020 in Tokyo, and the second is scheduled to be held this year in 2022. It is a conference for anyone interested in getting reliability with users, not just those working with SRE role. SRE is an idea and a practice, and there are many companies that have achieved this without having it as a role.

The tickets of the first conference were sold out and more than 50 recap articles were wrote and published after the event. 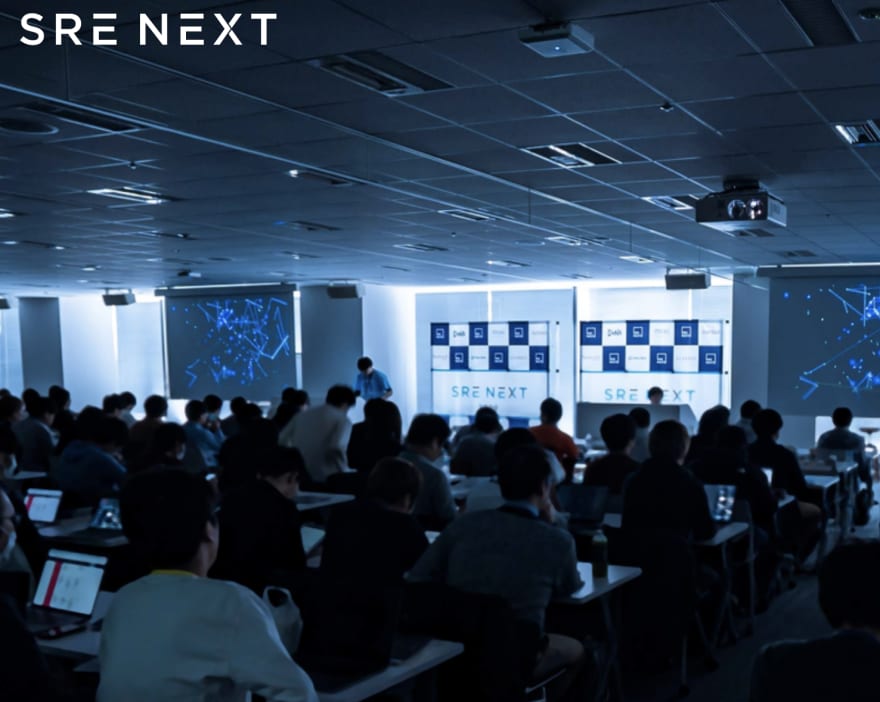 With the last SRE NEXT 2020, we believe that I was able to gather cases of SRE practices in the web domain of certain size companies and spread them throughout Japan.
In the years since then, the number of topics and events related to SRE has been increasing, and the focus of attention has been growing up day by day. In particular, I've heard a lot about SLI/SLO design and operation for general availability in web applications.
In order to accelerate this trend and to play a role in spreading SRE practices to a wider range of people and domains, we decided to hold SRE NEXT 2022 with the theme "SRE DIVERSITY".

For example, in terms of variety of scales/phases, I had the impression that many of the presenters and participants of SRE NEXT 2020 were engaged in in-house products of a certain big scale. I think it will be more interesting if we can hear about SRE practices at more different scales and forms. Also, the fact that the best way of SRE practices is different depending on the phase of the product has been discussed in various places, and is even mentioned and cited in "Team Topology".
Also, in terms of variety of domains/areas, We want to adopt proposals and sessions in more diverse areas like "Jim Thomson and David Laing of Pivotal at SREcon19, Extending the Error Budget Model to Security and Feature Freshness" and the story of SRE practices and social movements in Seeking SRE and
sessions related to AIOps, which is listed as a major monitoring component in catchpoint's SRE 2021 Report, and so on. I think it would be good to have more discussions on wide range of areas.

With these in mind, we decided to hold SRE NEXT 2022 in order to provide an opportunity for the spread of more diverse SRE practices by gathering SRE practices in a wide range of industries, domains, and phases, from startups to large corporations, especially in Japan.
SRE book co-author Naill Murphy's keynote at SRECon21, "Don't Follow Leaders or "All Models Are Wrong (and So Am I)", he said that the absolute influence of SRE books has led to a cessation of thinking and a lack of innovation, and that what is important is to evolve these models with the times.
I believe that the trial and error of gaining reliability with a wider variety of users will provide participants with a lot of insights and learning, and give them a chance to think over their SRE practices and think about the "NEXT of SRE ".

What kind of conference we want to hold

The last event was well attended by mainly SREs.
But, As for 2022 event, I would like to invite people not only from SREs but also from those who are struggling to achieve reliability in their daily lives.
Also, as with the SRE Lounge, we would like to provide a place for interactive discussions, so we are working on providing a reception and an online venue.
In addition, since this event will be held online, it will be a unique opportunity for those who were unable to attend last time to participate and interact with us.

Our goal is to create an event that will help to democratize and generalize the idea and practice of SRE, so that it is not just for people with limited responsibilities and areas, but can be talked about in a variety of areas.

In addition to providing a lineup of attractive sessions, we are also considering and working on various events, receptions, online venues, and other contents on the same day. ), so please follow us on Twitter and stay tuned for more information.
As in the previous event, we are looking forward to working with the participants and sponsors to make the event even better, and we look forward to your continued support of SRE NEXT.

Argo CD and Sealed Secrets is a perfect match

Browser Fingerprinting: What Is It and How Does It Work?

Takashi Narikawa
Site Reliability Engineer
Should I write a new JavaScript framework?
#webdev #javascript #programming #discuss
Pitch to me: why should I use Svelte?
#discuss #svelte #beginners #webdev
What was your win this week?
#discuss #weeklyretro

Once suspended, fukubaka0825 will not be able to comment or publish posts until their suspension is removed.

Once unsuspended, fukubaka0825 will be able to comment and publish posts again.

Once unpublished, all posts by fukubaka0825 will become hidden and only accessible to themselves.

If fukubaka0825 is not suspended, they can still re-publish their posts from their dashboard.