In this article, we will see how to install Portainer which is a tool for Docker, using...Docker
Does it sound a bit strange? Let's see how to do that.

Do you prefer the Video Version? 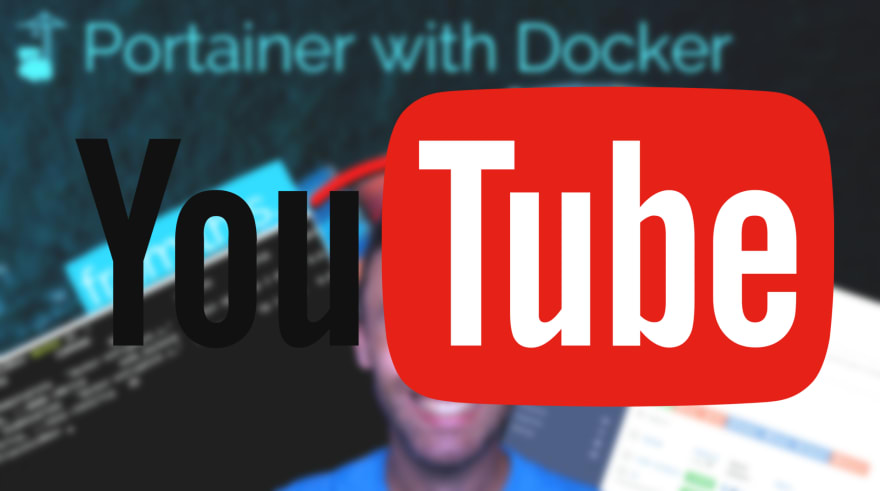 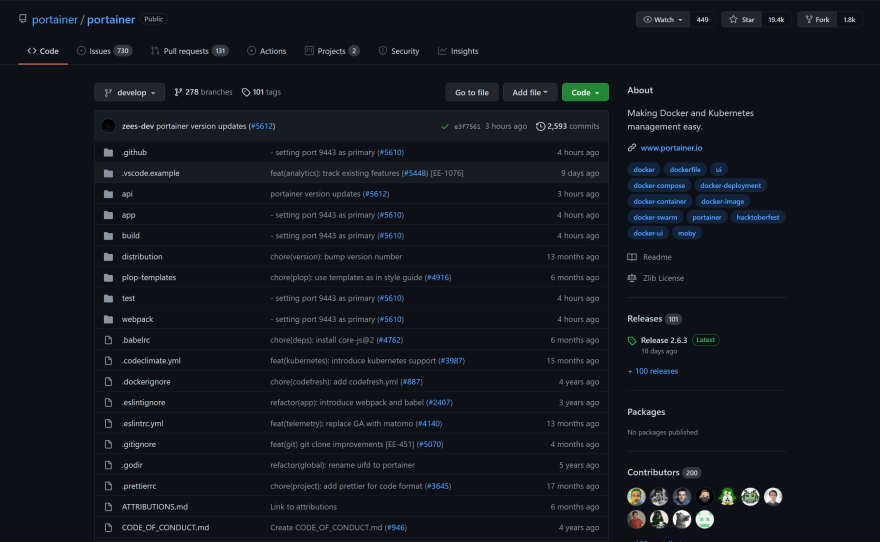 Portainer is an amazing open-source project, and you can use that along with Docker:

But not only that, but it also has not just a beautiful, but also useful UI. 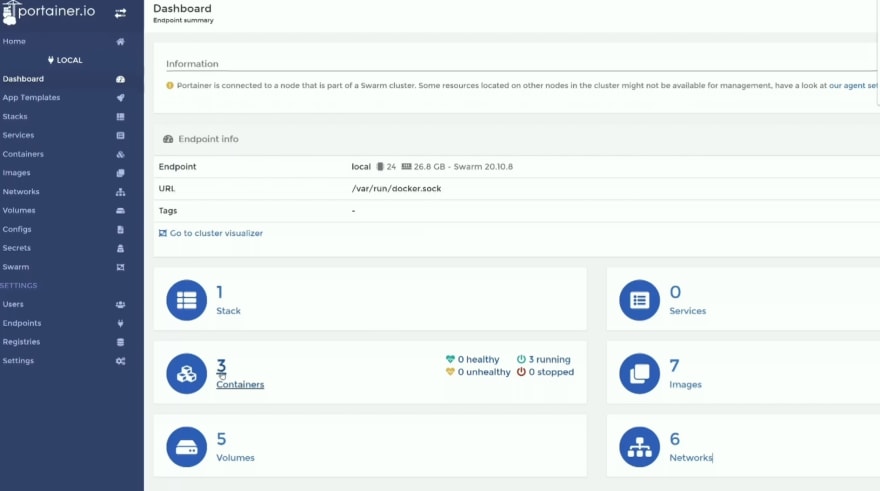 To follow along, the only prerequisite is to have Docker installed and up and running on your machine.

If you have some containers running before starting to install Portainer, it will be even better, so you can visualize them in the UI as soon as you will run the Portainer instance!

Usually, when we use Docker, to show all the containers, we type: 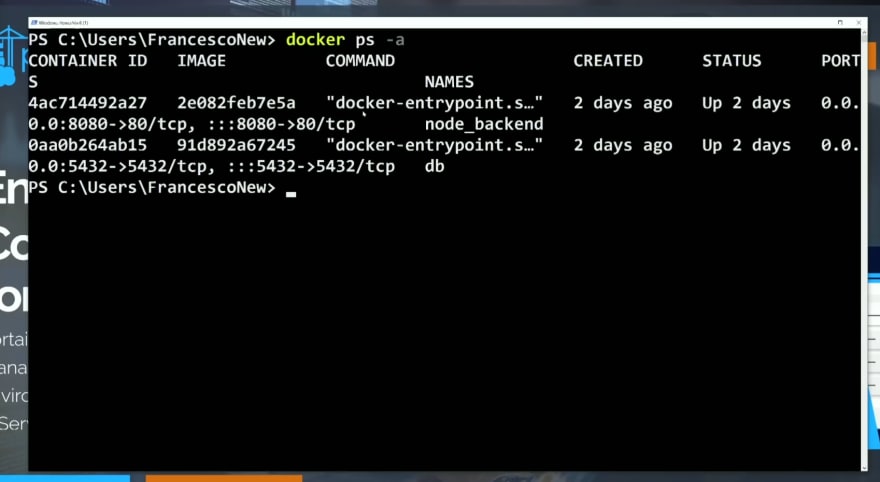 This works but it doesn't look very good.

To install Portainer, you can go on the official Portainer site, and click on "Install" at the top right: 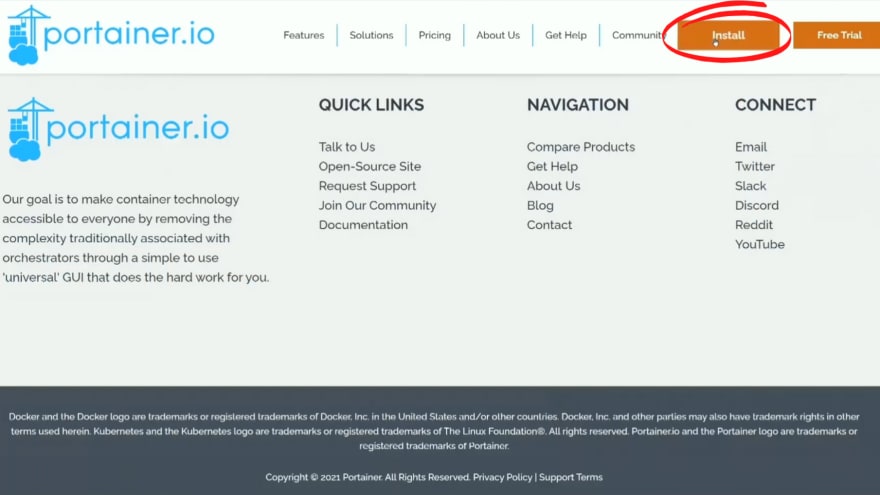 Portainer is a tool for Docker...but you can also install it using Docker! Does it sound strange? 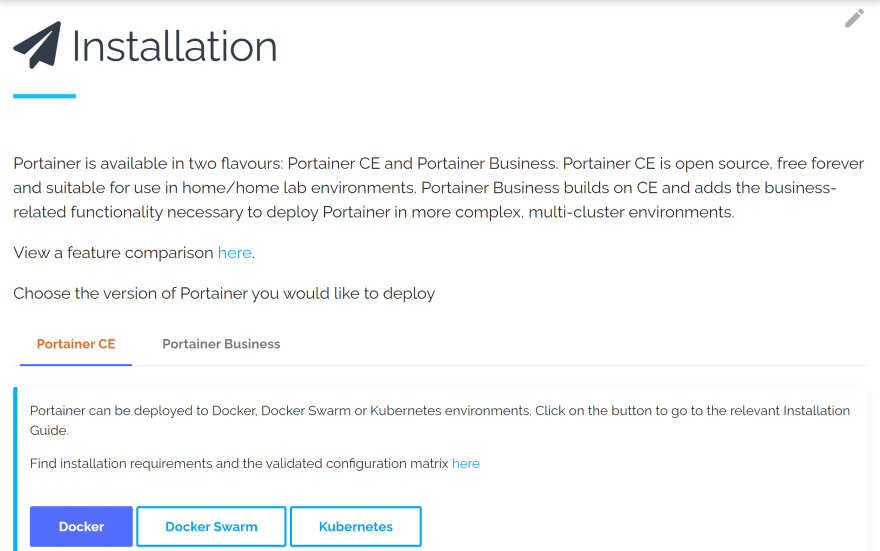 To install it we need to type just 2 commands:

Let's type them together.

On a prompt type:

This will create a local volume on our host, and Portainer will use it to store data.

Docker volumes are the preferred way to persist data when we use containers because when a container is removed everything inside its filesystem is deleted.

We can verify that this volume has been created by typing:

Just another command and we are done!

Let's see what this command with options does: 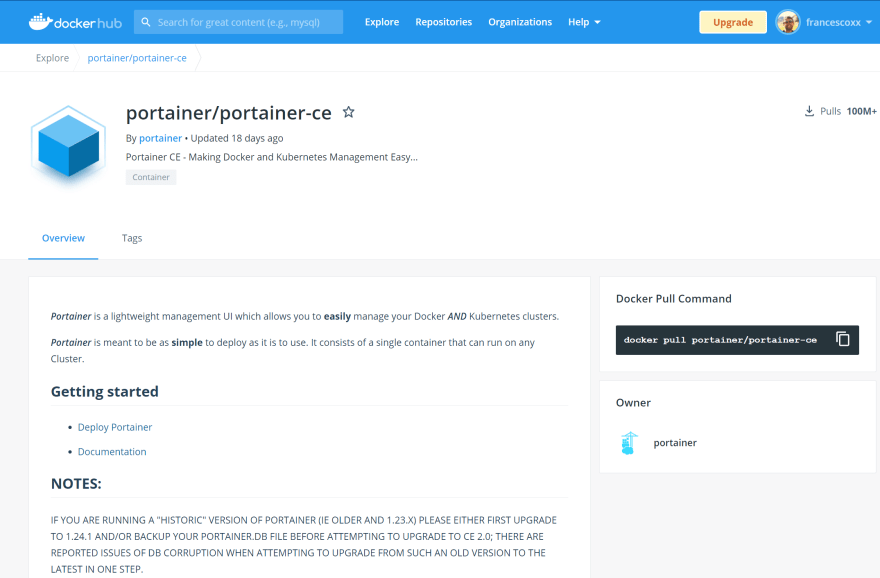 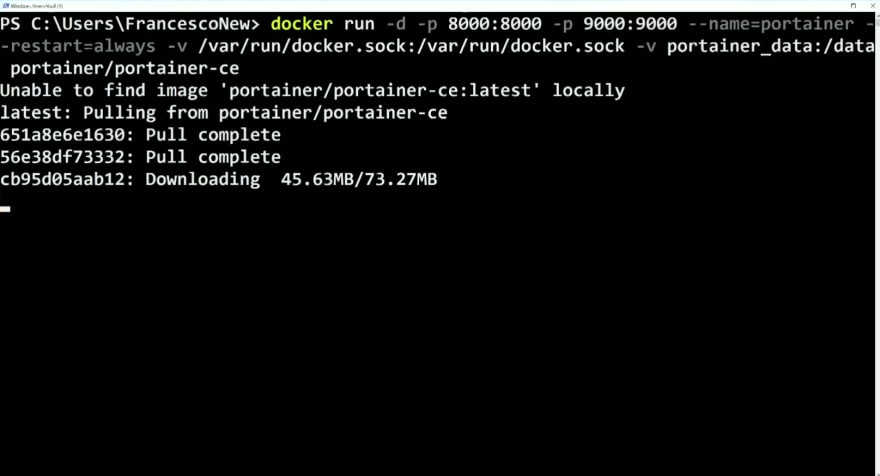 And we should see something like this. Since we don't have the image on our machine, Docker will pull the image from the official Portainer repository, and then it will run the container, from the image which it has just pulled.

Once it's done, we will see something like this: 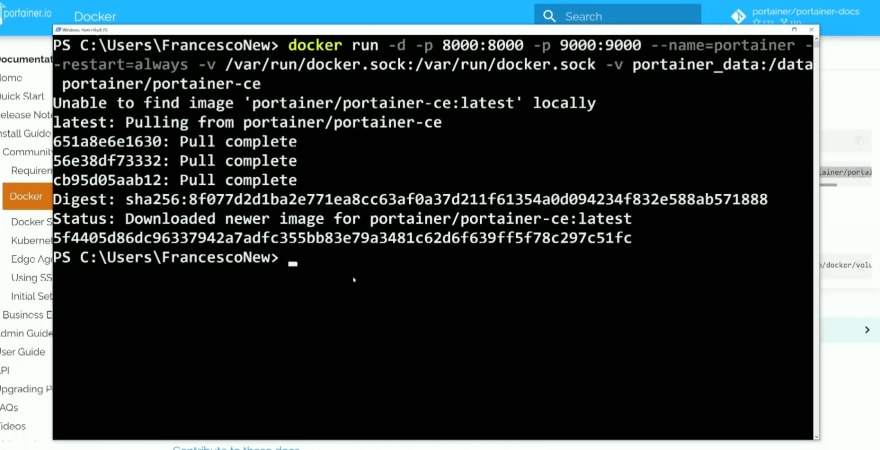 Let's check if the container of Portainer is up and running by typing:

Yes. But to be honest, it doesn't look that pretty.

Now let's go to our favorite browser and visit "localhost:9000" 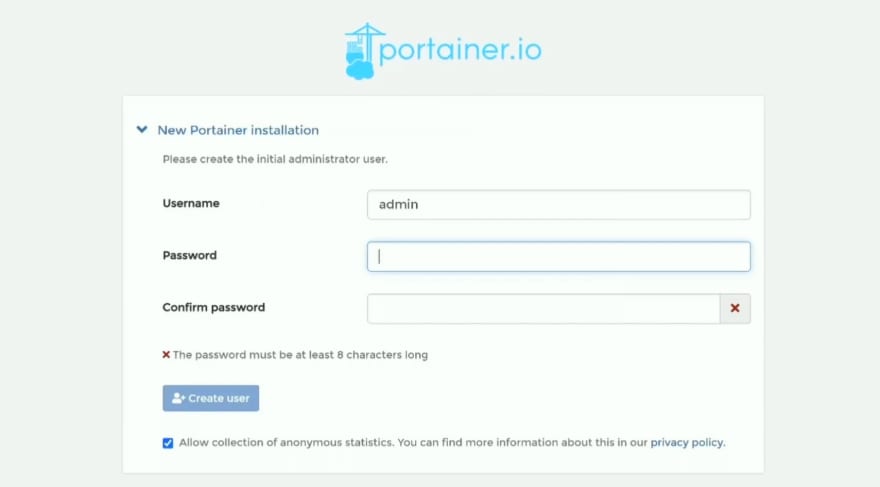 On this second screen, select Docker, first option on the left, and click "Connect"

And here we can see the Portainer UI, click on "local" which is our current machine

On this Dashboard, click on Containers (in this case 3, one is Portainer itself) 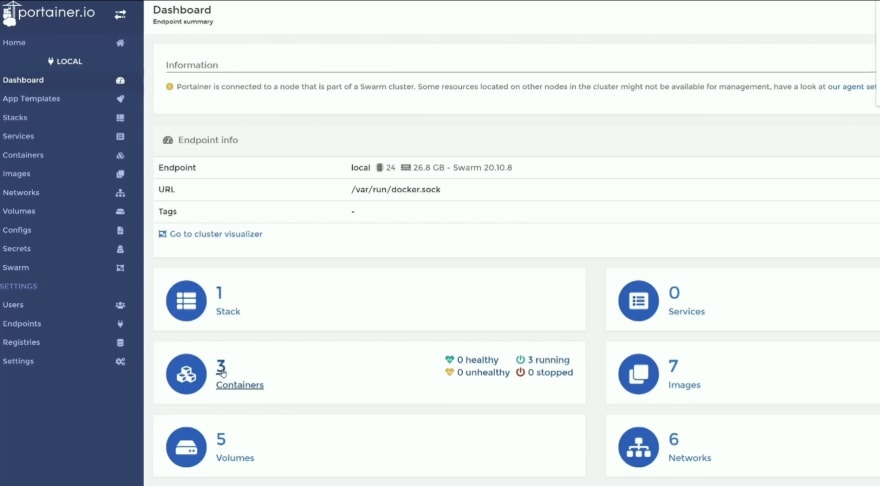 and here we can see the containers on our machine: 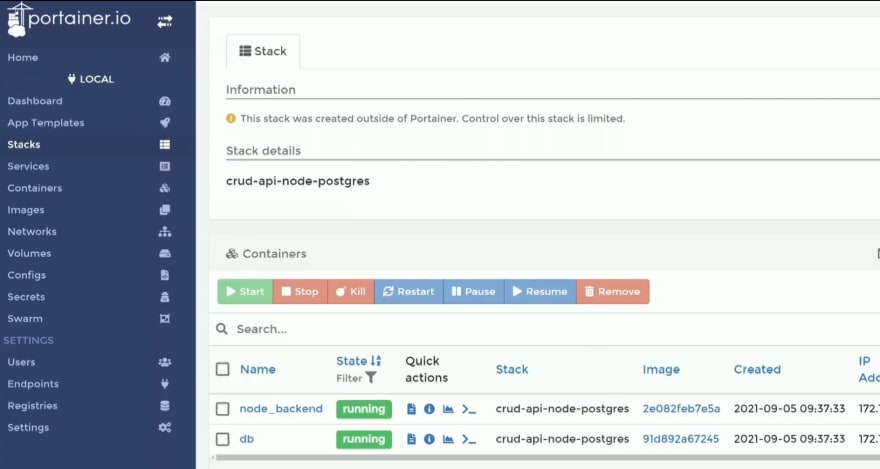 Here you can do many things. Let's see just one. 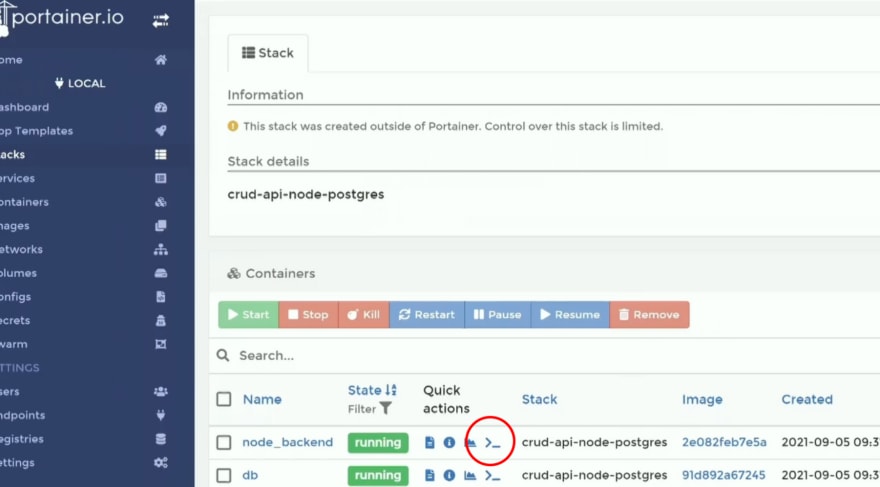 And then on the "Connect" button 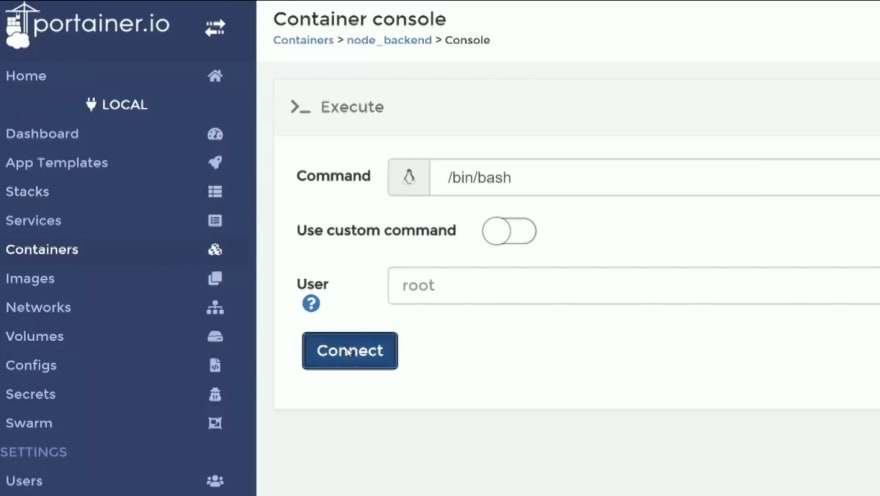 We are inside the container! 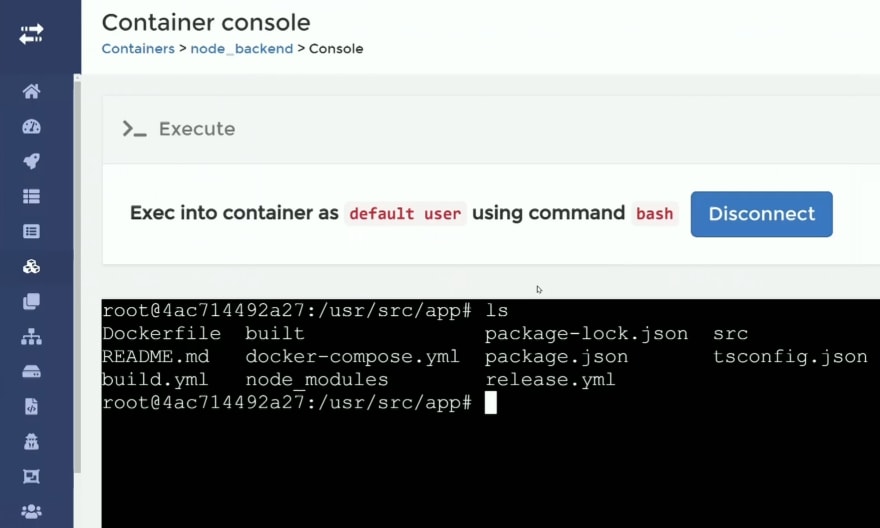 Now, this is not something new, you can have the same result by typing:

For example in this case, since my container starts with 0aa, I can have a similar result 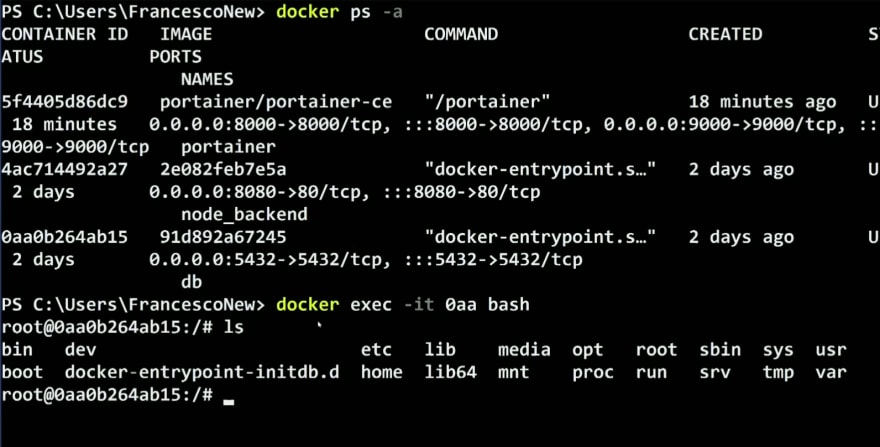 But using Portainer, I don't have to check the container id and the correct syntax for the docker exec command.

in the Portainer UI, you can check all the docker objects:

If you want to know more about Docker and POrtainer, you can follow me on Twitter: https://twitter.com/FrancescoCiull4

Do you prefer the Video Version?